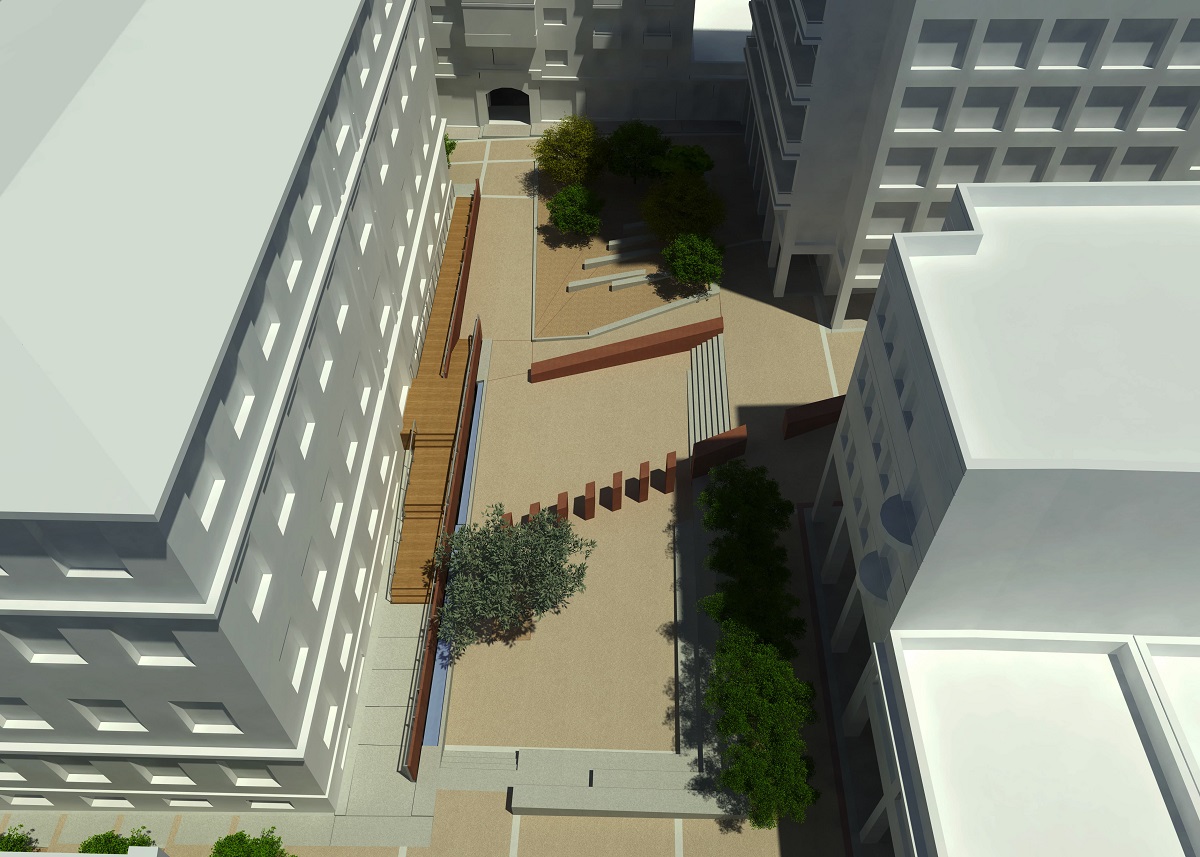 An impression of Theatrou square in Athens after its redevelopment. Photo source: Athens Municipality

Accessibility, sustainability and showcasing city culture and history are the key elements of a redevelopment plan for Theatrou Square, a landmark located off Athens’ central Varvakeios Market.

The tender for the 1.9-million-euro project to be funded by EU resources is set to be announced in the coming period.

The project is among a series of actions initiated by the Athens Municipality aimed at redeveloping main city spaces, reviving the historic-commercial center, and bringing life back to inner-city neighborhoods through the implementation of a people-centered approach. 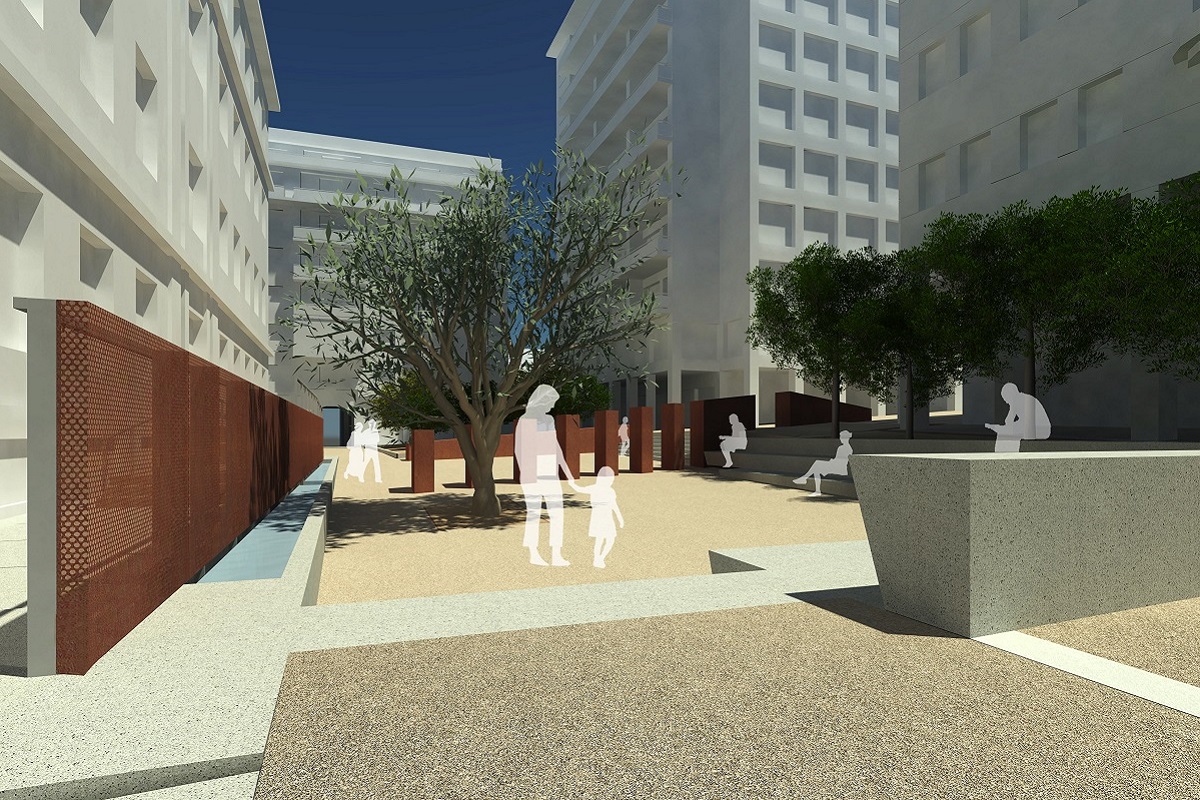 Works will include among others the renovation of the Diplarios School and the pedestrianization of Theatrou and Diplari sts.

The architects who carried out the relevant study said focus was on transforming the historic square into a functional urban hub that will incorporate environmentally-friendly elements and showcase history and culture while at the same time offering a breath of fresh air in the densely populated center. 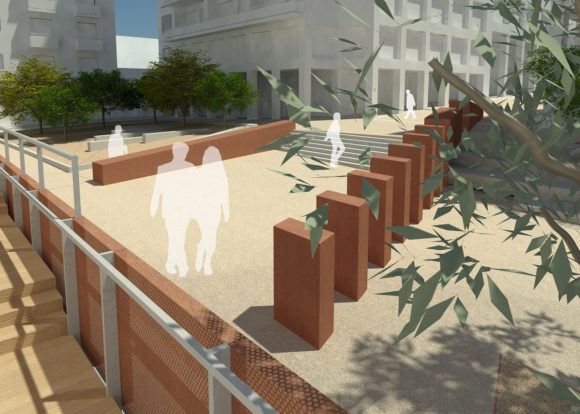 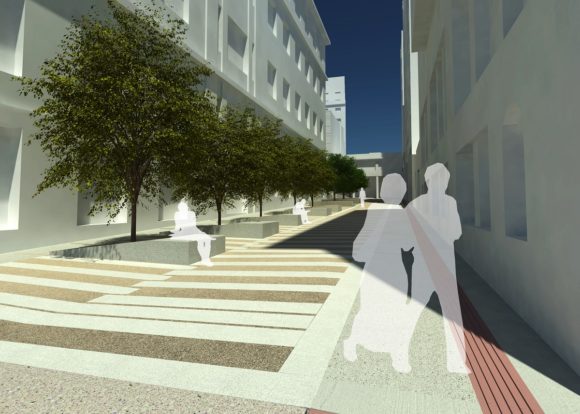 “The city of Athens at this time, clearly bearing the traces of the 10-year economic crisis and the effects of the pandemic, has the opportunity to showcase its identity through small-scale urban regeneration projects aimed at revitalizing its historic and wider center,” said architects Valentini Karvountzi and Matthaios Papavasiliou, describing the completed square as a “well-hidden garden in the heart of the city”.