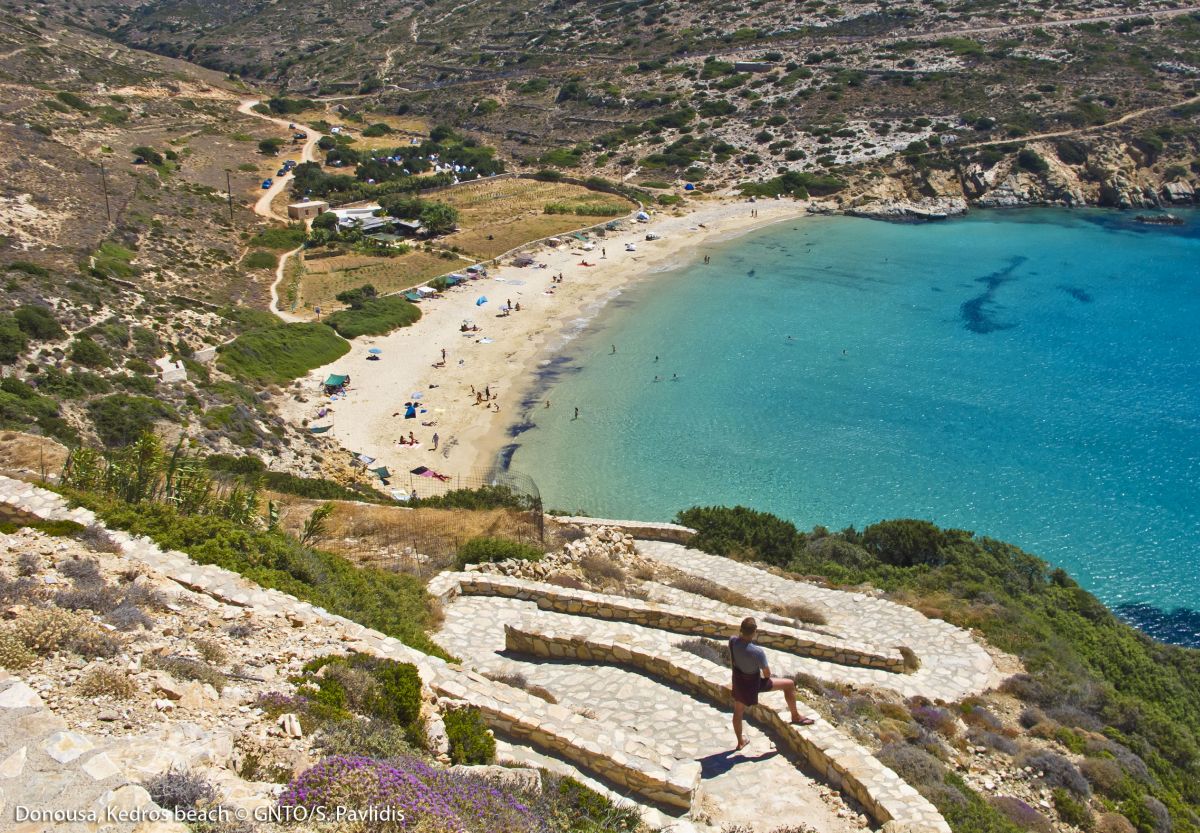 Greece is following in the footsteps of Europe, where the rebound in tourism post-Covid-19 is already underway, according to a new tool developed by global analysts Oxford Economics.

According to the new EU Tourism Tracker, tourism in Europe is gathering speed, up by 20 percent against 2020 levels and by as much as 36 percent at popular European destinations, mostly in Southern Europe. 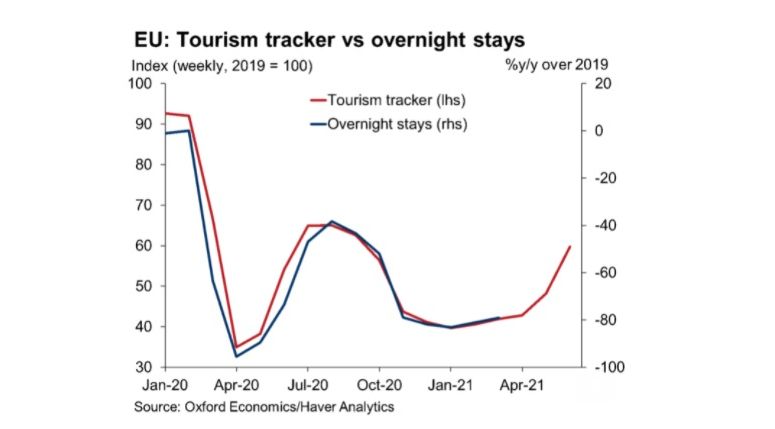 At the same time, the number of overnight stays at favorite Southern Europe locations are forecast at achieving 85 percent of pre-pandemic levels.

Tourism Tracker, which examines data across four key categories in all EU countries, found that for many Southern European economies which are dependent on tourism, recovery hinges on salvaging the 2021 season.

In June, estimates see total overnight stays in the EU coming to around 45 percent of pre-crisis levels and could reach around 75-85 percent in August, which translates into more than 60 percent against the same month last year.

Oxford Economics analysts are quick to point out, however, that tourist numbers will not reach pre-Covid levels in 2021, adding that employment in tourism hotspots such as Greece, Portugal, Spain, Italy, and Croatia will still be slow this year.

On a positive note, the EU’s Digital Covid Certificate, scheduled to kick off on July 1, is expected to boost intra-EU travel, which is set to pick up pace as infections fall, vaccination rates increase, and restrictions ease.

According to the company’s experts, the rebound in international and domestic travel is expected to boost services exports and consumption, with services exports in highly-visited tourist spots to reach 85 percent of 2019 levels by end-2021, adding about 2 percent of GDP over 2020.

On the downside, newly emerging transmissible virus variants such as the Delta pose a risk to forecast performance in view of a possible new round of travel restrictions. At the same time, high-in-demand Southern European travel destinations, including Greece, may be impacted by the lack of tourism flows from countries with tough travel measures, such as the UK, which accounts for up to 15 percent of total tourism expenditure in the region and is a key source market for Greece.