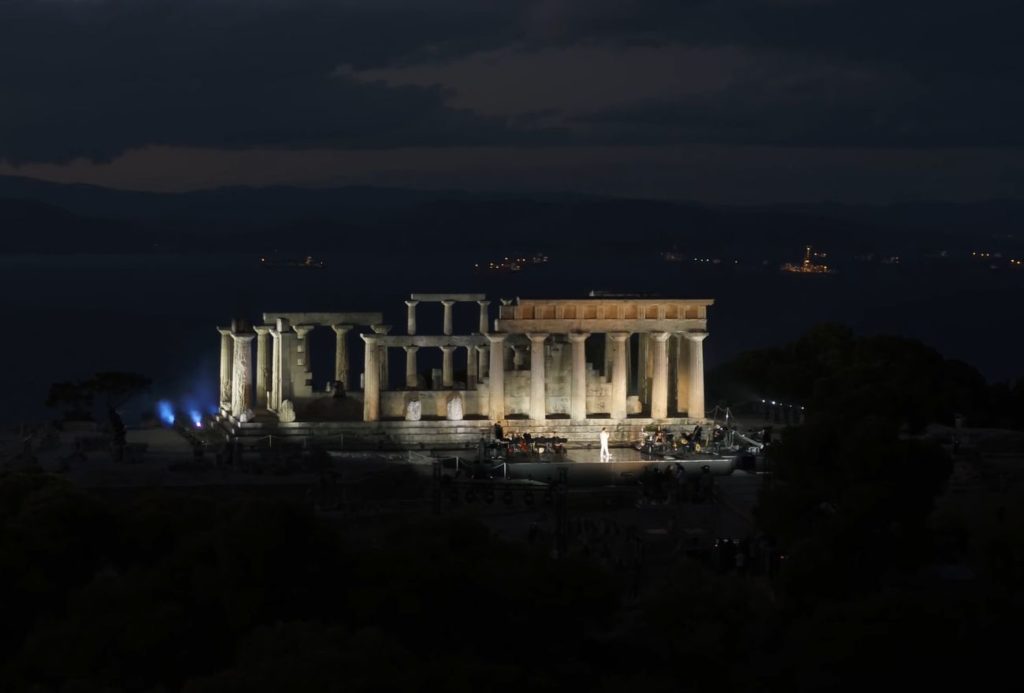 Aiming to promote the country’s tourism offerings to a wider audience, the Greek National Tourism Organization (GNTO) presented this week the “Sunset in Greece” concert as part of an ongoing year-long international campaign to run on US channel PBS through to June 2022.

The concert was recorded at the ancient Temple of Aphaia on the island of Aegina, featuring Greek singer George Perris to the music of Evanthia Reboutsika and screened this week during a special event at the open-air Cine Psychiko. 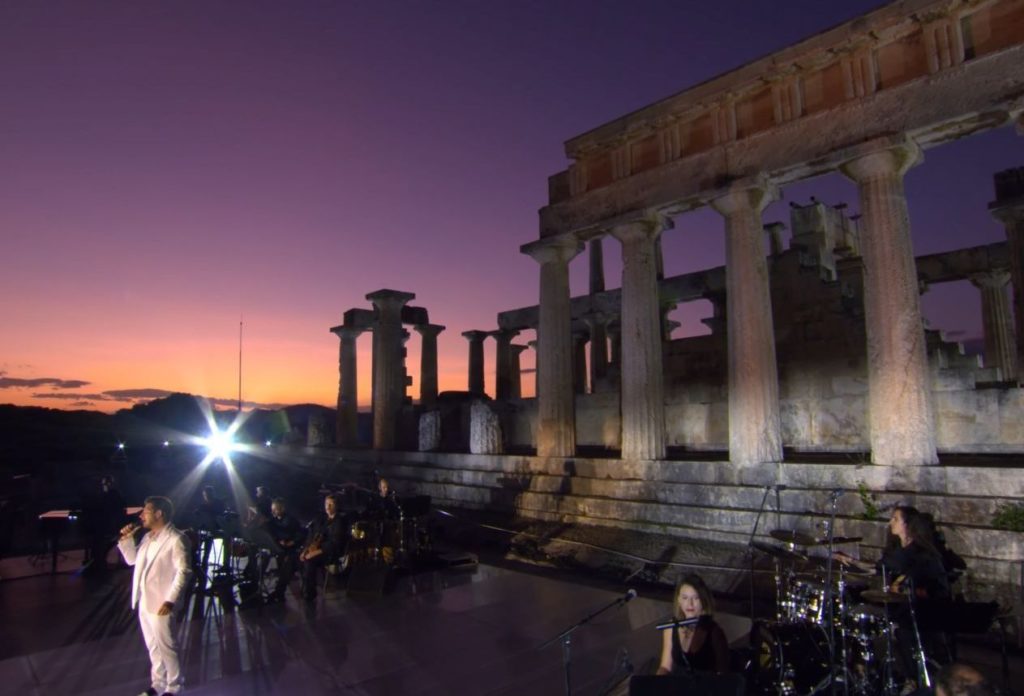 The GNTO is using music and culture to reach out to the American and Canadian public via PBS. GNTO Secretary General Dimitris Fragakis referred to the importance of classical and contemporary Greek culture in the country’s promotion, highlighting the importance of incorporating concerts and cultural events in Greece’s international marketing campaign.

He added that mixed productions such as this “filled with music” will carry “image of our country and especially the message that Greece is changing”.

PBS (Public Broadcasting Service) is a US public broadcaster and television program distributor with millions of viewers worldwide. 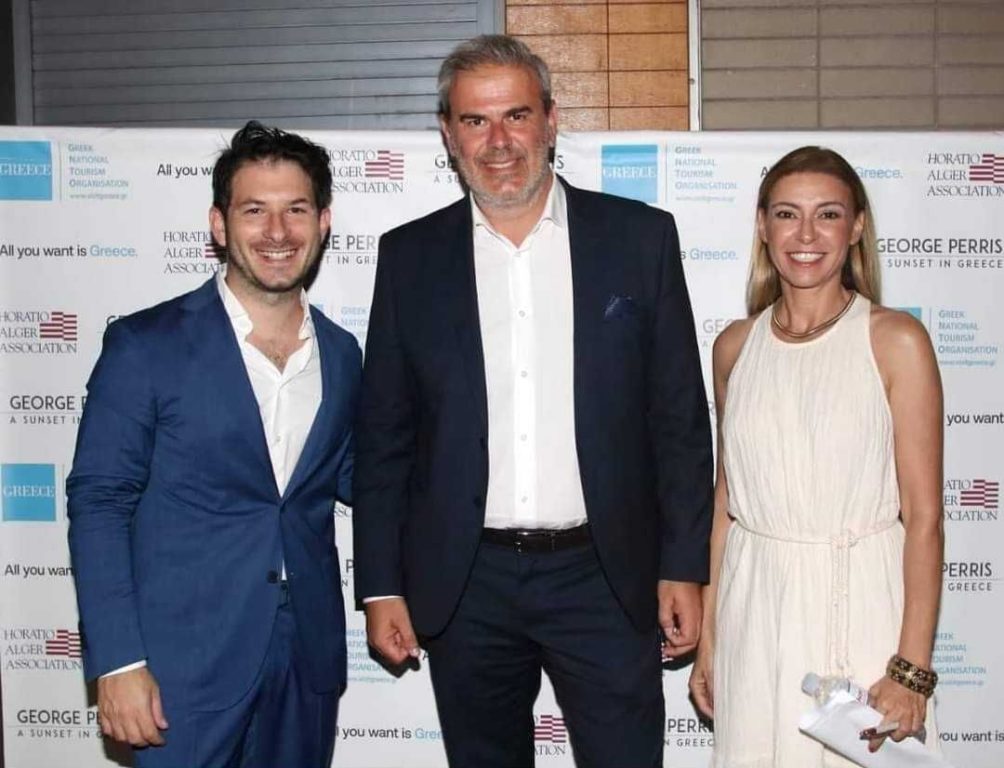 The promotional video of the concert can be seen here.