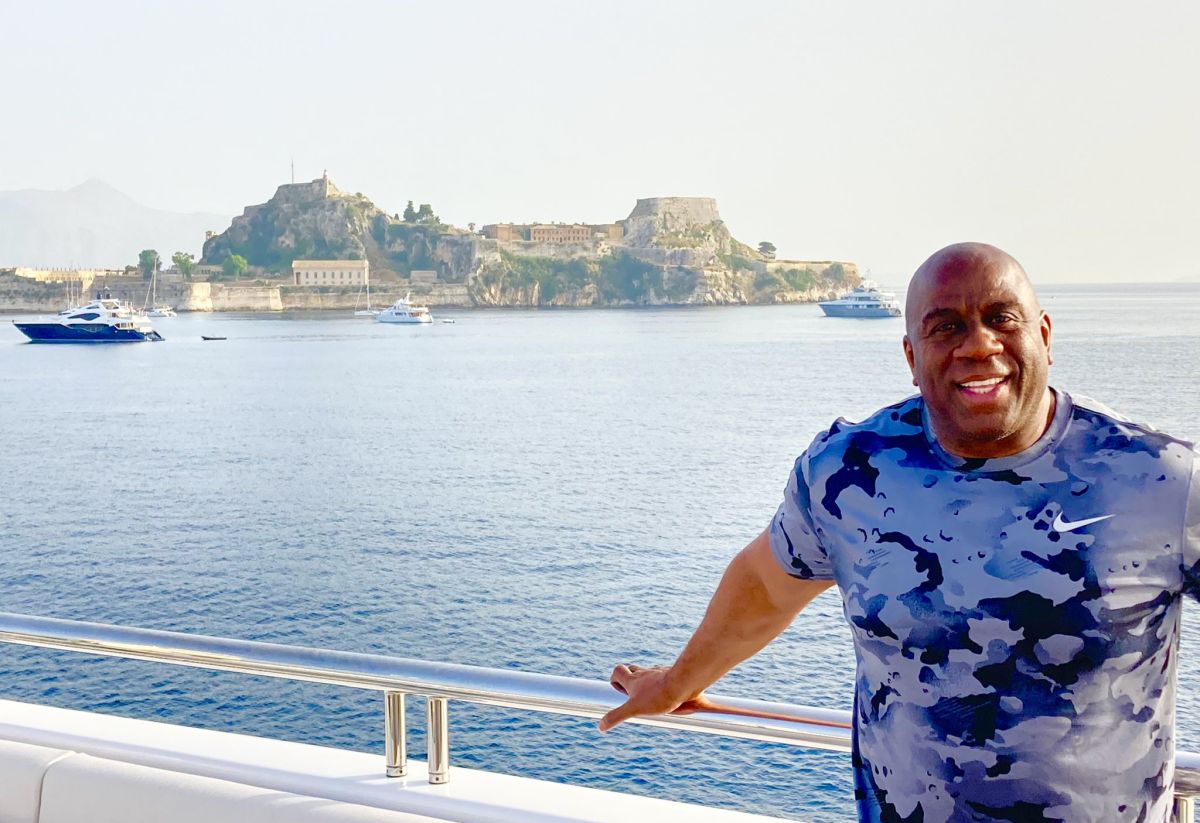 Straight from the isles of the Ionian Sea, NBA legend Magic Johnson is giving the world a ‘tour’ of Greece this week via his vivid twitter travel posts.

Starting with his power walks and training routine in the morning on Corfu, his trip by boat to a remote monastery in the Ionian, his visit to Ithaca, and the day’s fresh catch for dinner, Magic is bringing the bright sun of Greece, the tastes and colors of its islands to the millions of his followers across the globe.

The 61-year-old LA Lakers icon and five-time NBA champion has been tweeting videos from Greece as he works out for the day with the Venetian Fortress of Corfu in the background, jogging along the coast as fans ‘honk their love and admiration’, and indulging in fresh seafood with his wife Cookie.

A favorite destination this year, and for some, every year, other celebs lazing on Greek shores include Oscar winner Goldie Hawn and Kurt Russel, who were on Skiathos as guests after the island’s mayor Thodoris Tzoumas declared actor Richard Romanus and American film producer and costume designer, Anthea Sylbert, honorary citizens of the island. The Hollywood couple have been living on Skiathos for years.

Meanwhile, Hawn’s daughter Kate Hudson is also in the Sporades islands, while Canadian pop star Justin Bieber and Hailey Baldwin-Bieber were seen doing their thing on Mykonos.
Forbes-listed Italian influencer and designer Chiara Ferragni visited Athens and Porto Heli on business and pleasure, while singer songwriter Lionel Richie and his daughters, Nicole and Sofia, were seen on Santorini and Mykonos.