Greece is re-examining rules for travel and restriction-free admission into the country after the emergence of the Delta variant of Covid-19, said Greek Tourism Minister Harry Theoharis on Monday, describing the summer ahead as a “delicate balancing act”.

Referring to the situation in Spain and Portugal, and the spread of the deadly virus in the UK, Theoharis said maintaining a balance was “very difficult”, adding that arrivals from dangerous countries were currently “under the microscope”, including travelers from the UAE, the UK, Portugal and Russia.

Speaking on Mega channel, he said that based on health expert guidance, Greece has decided to test all travelers from Russia regardless of vaccination. Starting today, he said, Greece has approved 39 Russian flights a week. Vacationers from Balkan countries, he said, were in the clear. 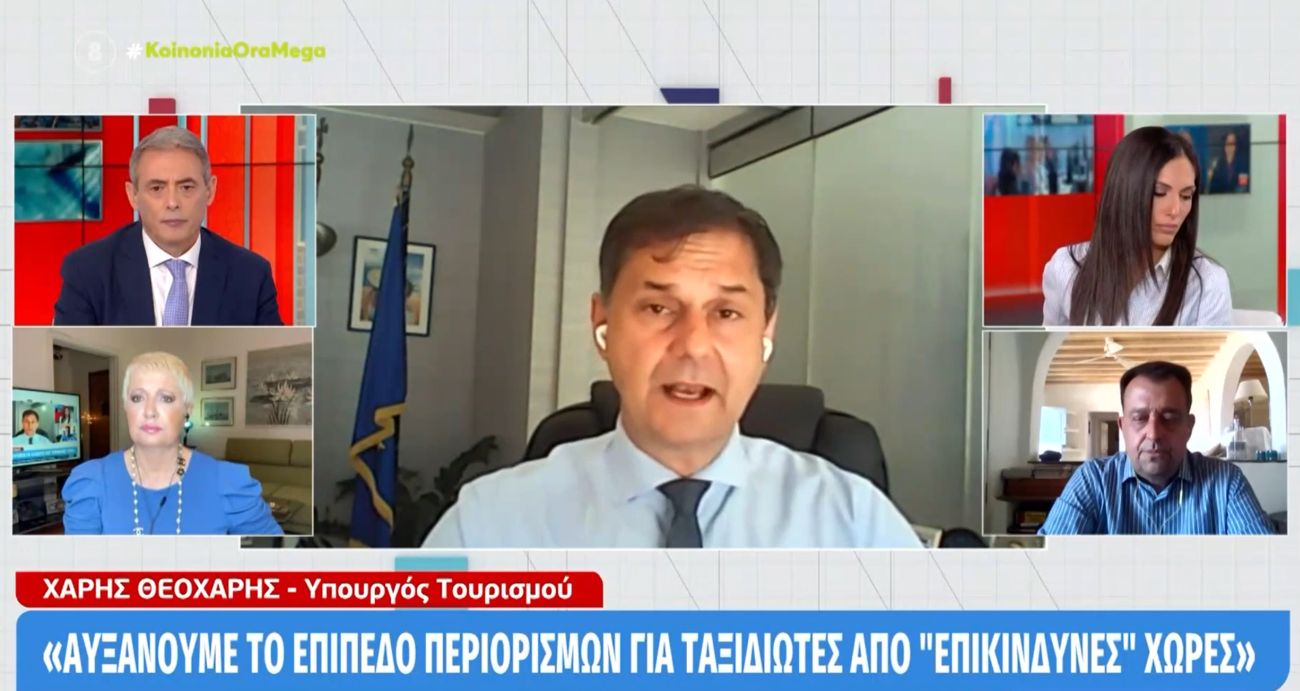 In terms of occupancy rates, the minister said he expected 2021 to be a better year compared to last but estimate levels at 25 percent, on the “pessimistic” side, he said

Theoharis reiterated that should the epidemiological situation deteriorate anywhere in Greece, the government will proceed with urgent measures including lockdowns if necessary.

“We are trying to make sure that we will have as few restrictive measures as possible without however endangering the health of our visitors and citizens,” he said.

The Greek minister also referred to comments made by German Chancellor Angela Merkel that Greece was accepting travelers inoculated with vaccines not approved by the European Medicines Agency. He suggested she speak with the country authorities which have approved the vaccines. Earlier today, Reuters reported that Germany was looking to ban British travelers from the EU regardless of whether or not they have had been vaccinated.

Citing Greece’s epidemiological progress, Theoharis referred to the country’s four-level preparedness map, which he said is a practical tool for tour operators who can direct travelers to destinations with high vaccination rates. (The map is available in English, here.)

Lastly, he said land borders would open when the epidemiological data allows. “As of July 1, we have border openings for tourists in Thrace, Bulgaria, Northern Macedonia 24 hours a day. At the same time, three border points are being constructed to handle incoming travelers faster,” he said.