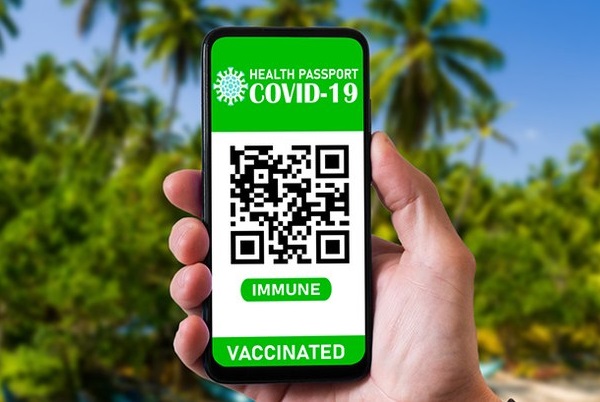 The majority of the population in 17 countries agrees that international travelers should carry vaccine passports to prove their vaccination against Covid-19, according to a recent global study conducted by international research data and analytics group YouGov.

In its 17-country study, YouGov asked members of the public whether they agreed that travelers should be required to provide a vaccine passport upon entering a country.

The results were overwhelmingly supportive of the notion. 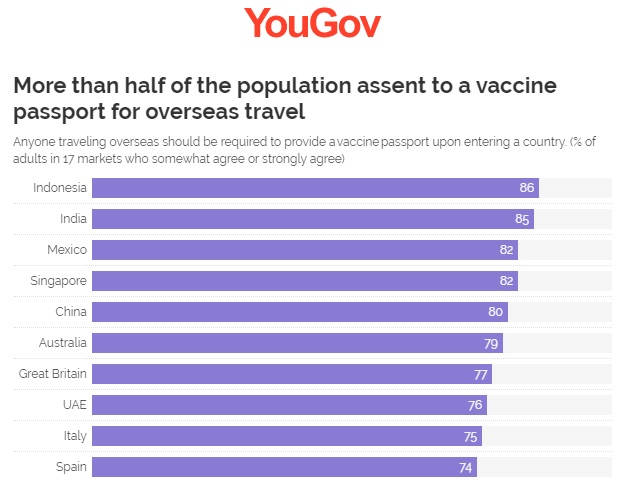 Much of the population in India (85 percent) and Indonesia (86 percent) agree that international travelers should present proof of their vaccination against Covid-19. This high degree of inclination to agree can also be observed in Australia (79 percent), which had sealed its border last year for international travelers, as well as in China (80 percent), Singapore and Mexico (82 percent).

With life returning to normal, the majority of people in Great Britain and the UAE also show high levels of support (77 percent and 76 percent, respectively).

Having played host to several foreign strains of coronavirus, nearly three in five people (62 percent) in the US and France agree that international travelers should carry vaccine passport before entering their country.

A significant level of support can also be observed in Germany (61 percent), Hong Kong (60 percent) and Poland (54 percent) as positive cases continue to dip here, with some moderate travel restrictions.

A closer look at the data in many countries reveals that older groups tend to be more likely to agree to the use of vaccine passports. When compared to the rest of the population, adults above the age of 55 in countries such as the US (69 percent), Great Britain (86 percent) and Australia (85 percent) display the greater levels of agreement than younger age cohorts in each respective country.

The YouGov data is based on the interviews of adults aged 18 and over in 17 markets with sample sizes varying between 508 and 2,019 for each market.

All interviews were conducted online in April 2021.

Eurocontrol Sees Air Traffic Back to Pre-Covid Levels in 2025