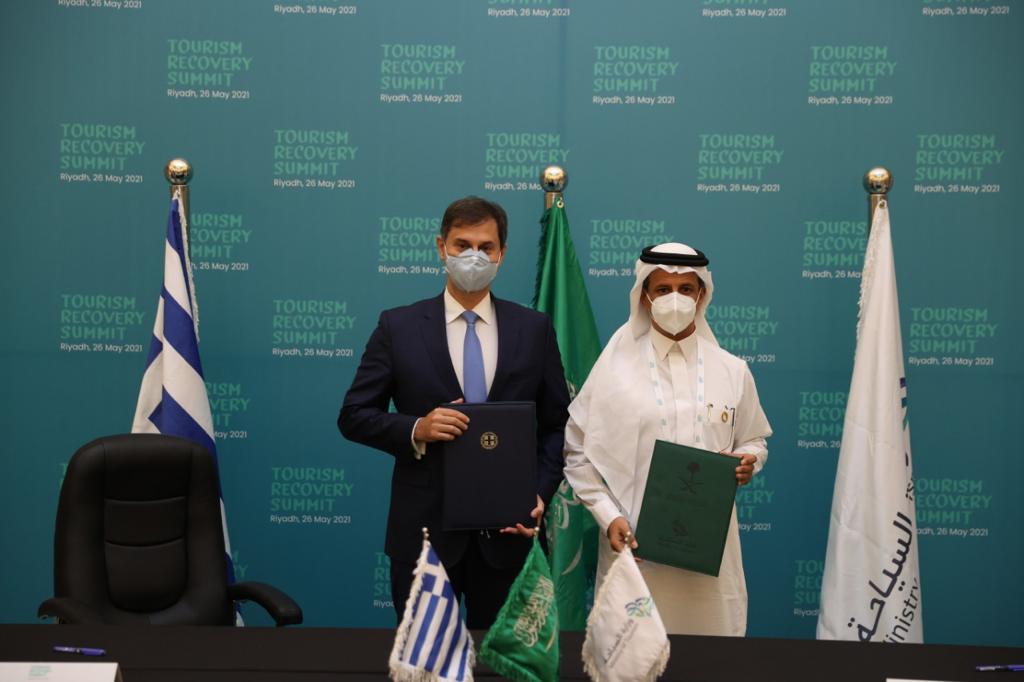 Greek Tourism Minister Harry Theoharis met with his Saudi Arabia counterpart Ahmed Al Khateeb in Riyadh this week to discuss ways to stimulate tourism between the two countries and to facilitate travel.

The two sides agreed to accept Covid-19 vaccination certificates presented by travelers from both countries and to proceed with a common action plan in tourism. They also entered a wider agreement for further cooperation in tourism investments.

At the same time, Theoharis and Al Khateeb agreed to work together for the promotion of joint actions within the UNWTO and with the EU and the wider Middle East region.

Theoharis was in Riyadh to participate on Wednesday in the “Tourism Recovery Summit” in his capacity as president of the UNWTO’s Regional Commission for Europe. Greece is seeking to tap into the Saudi market, considered to be an emerging market for high-income outbound tourism. 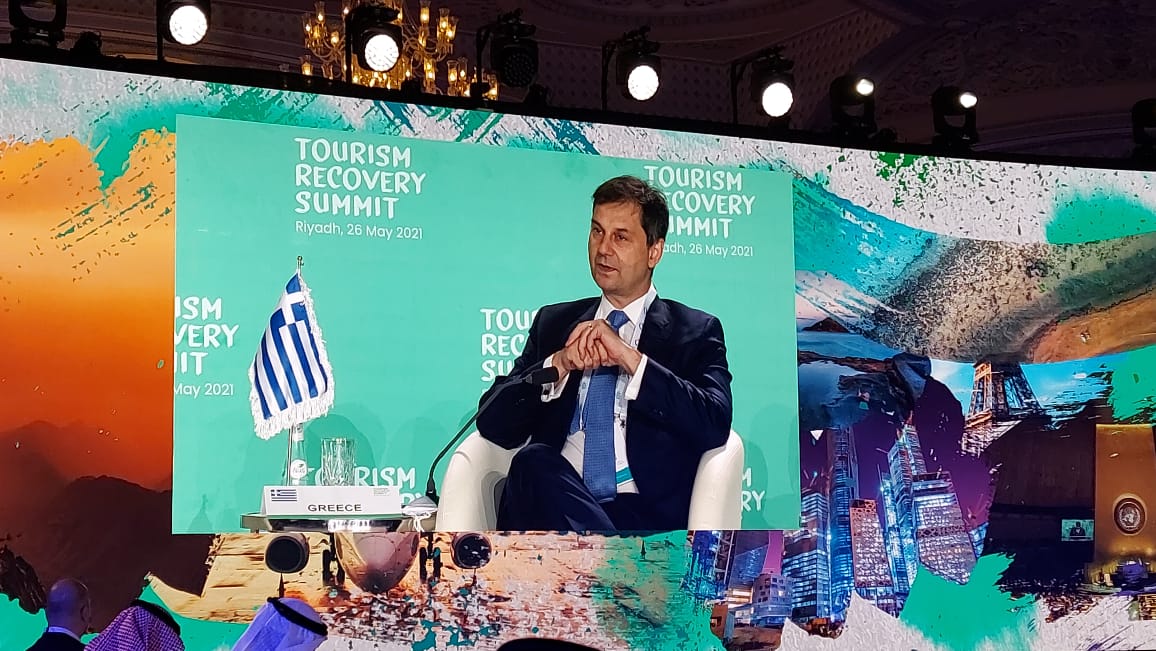 During the summit, the Greek tourism minister referred to the importance for Greece of the partnership, adding that in 2018, Greece welcomed some 34,000 travelers from Saudi Arabia.

“Certainly, there are the conditions but also the margins for a further increase,” he said.

During his visit to Saudi Arabia, Theoharis also met with executives from national carrier Saudia, who agreed to examine the feasibility of new routes to Greece.

The minister also met with representatives from Saudi business groups active in Greece and the Council of Saudi Chambers.

Lastly, he met with his Lebanese counterpart Ramzi Musharrafieh and they agreed to further discuss tourism issues at the next tripartite meeting with Cyprus.

Greece Ready to Unveil its Digital ‘Green Pass’ for Travel

Reports: Greece May Make it On the UK’s Revised Travel List