“Τhe beginning of the new cooperation between LOT and Goldair consists an historical moment for the Goldair team, as LOT had been Goldair’s first represented airline since 1955,” said Goldair Deputy Managing Director Nikos Sofiadis.

Goldair’s appointment as GSA is expected to strengthen the Polish national carrier’s presence in Greece and increase the number of tourists between Poland and Greece.

Currently, LOT offers 32 connections from Warsaw and Katowice to Greece, as well as 7 connections from Gdansk, Krakow, Poznan, and Wroclaw, but the carrier does not exclude any possibility of increasing the offer for the summer of 2021.

This summer, the Polish carrier plans to increase its capacity on flights to Greece, making direct connections to 14 airports in the country: Athens, Kalamata, Thessaloniki, Mykonos, Santorini, Zakynthos, Corfu, Rhodes, Samos, Kos, Kefalonia, Preveza as well as to Heraklion and Chania (Crete). 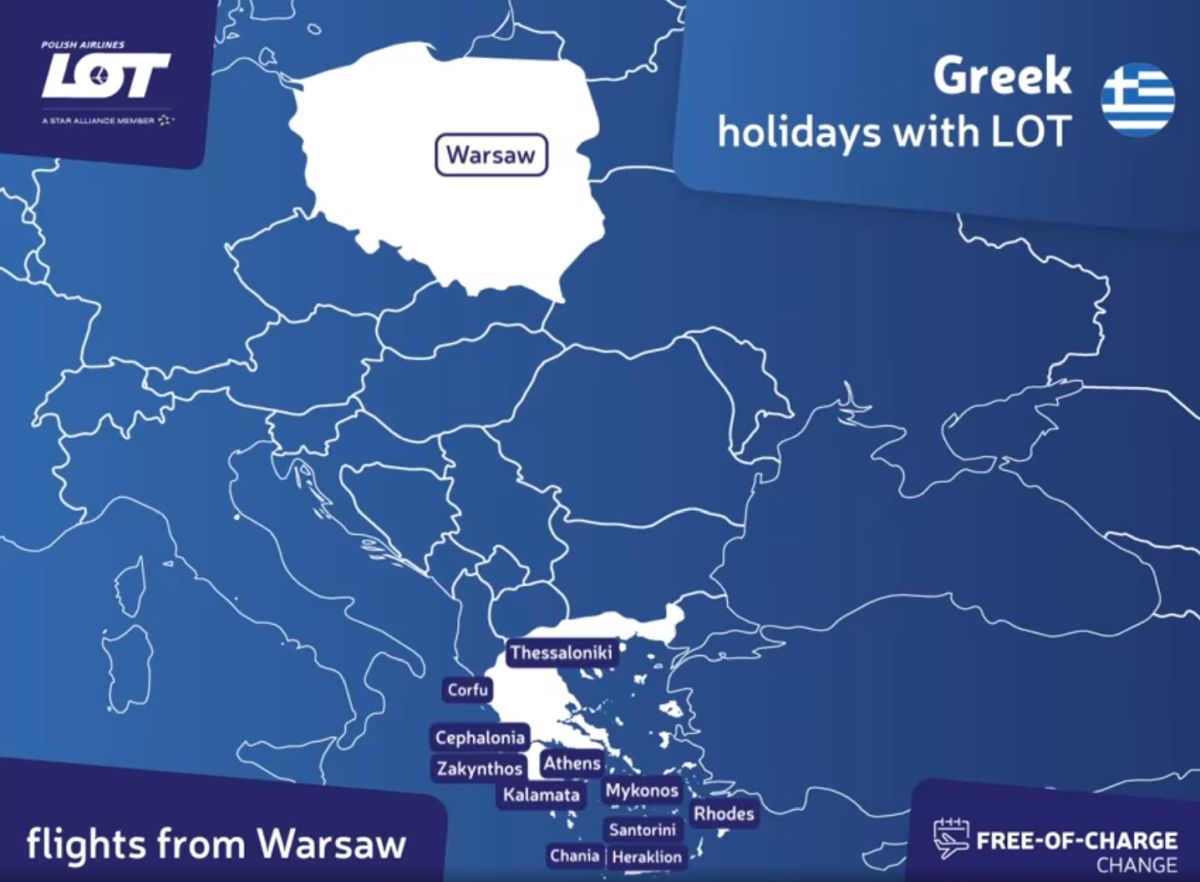 According to LOT, the company’s last summer experience showed that Greece was one of the most popular holiday destinations among Polish tourists.

“We focus on strengthening our presence in this country also this summer by launching dedicated sales structures in Greece through the GSA,” said Michał Fijoł, member of LOT’s management board.

Goldair is one of the largest and most esteemed companies in the field of transport and tourism on the Greek market. The GSA role will be to build LOT’s strong position in Greece by actively promoting new routes, conducting effective commercial activities to develop the agency sales network and acquiring new customers, and maximizing revenues from ticket sales.

The GSA will also work on increasing traffic to Poland, encouraging local tour operators to promote Poland as an attractive travel destination for Greeks. The seaman traffic is also an important segment, due to the highly developed marine industry in Greece.

“Taking care of the profitability of the launched connections, we try to fully use their potential. The Polish market certainly has the largest share in the sale of holiday network between the two countries, but thanks to the work of GOLDAIR GSA Partners, we hope that the share of the Greek market will also increase in the coming years,” Fijoł added.

Civitel Creta Beach Welcomes Back Travelers on May 28