Skyros, a Diverse and Unspoiled Island in Greece 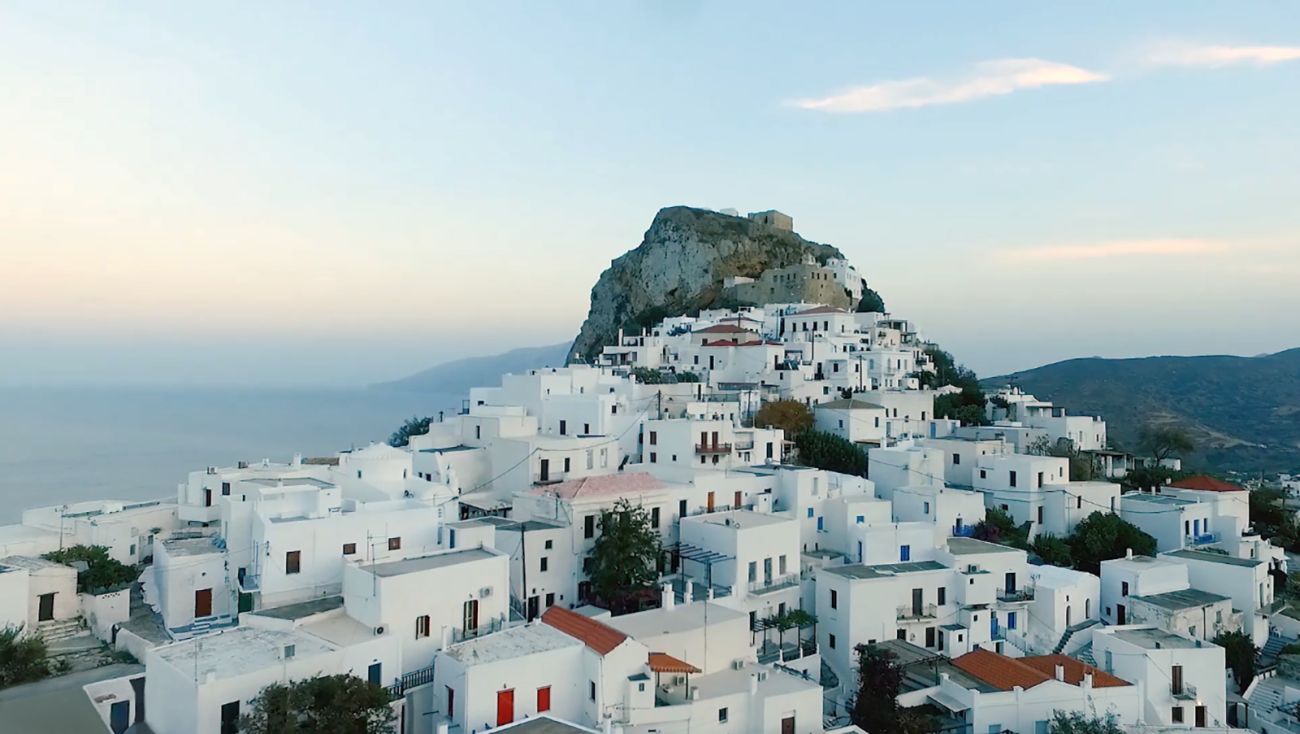 Three tourism professionals from Skyros – It’s Greece-DMC/B2B inbound travel services, Feel in Greece-hiking and sea tours and Anemos-car rental – got together to reveal some of the island’s most interesting facts, aiming to introduce the destination to a wider audience.

Skyros is perhaps one of Greece’s most unspoiled islands, which has maintained its unique beauty and authentic character.

Located in the center of the Aegean Sea with some 3,000 residents, Skyros is the largest of the Sporades island group with an area that reaches 210 square kilometers. It is accessible by ferry from the mainland via Kymi port (Evia) and by air from Athens and Thessaloniki with an airport that can handle charter flights from the EU.

According to the locals, the fact that the island does not target mass tourism has helped not to change or damage its tranquility and feeling of freedom in nature.

“You may say that Skyros is Greece of the 70s with the amenities of today,” many locals agree. 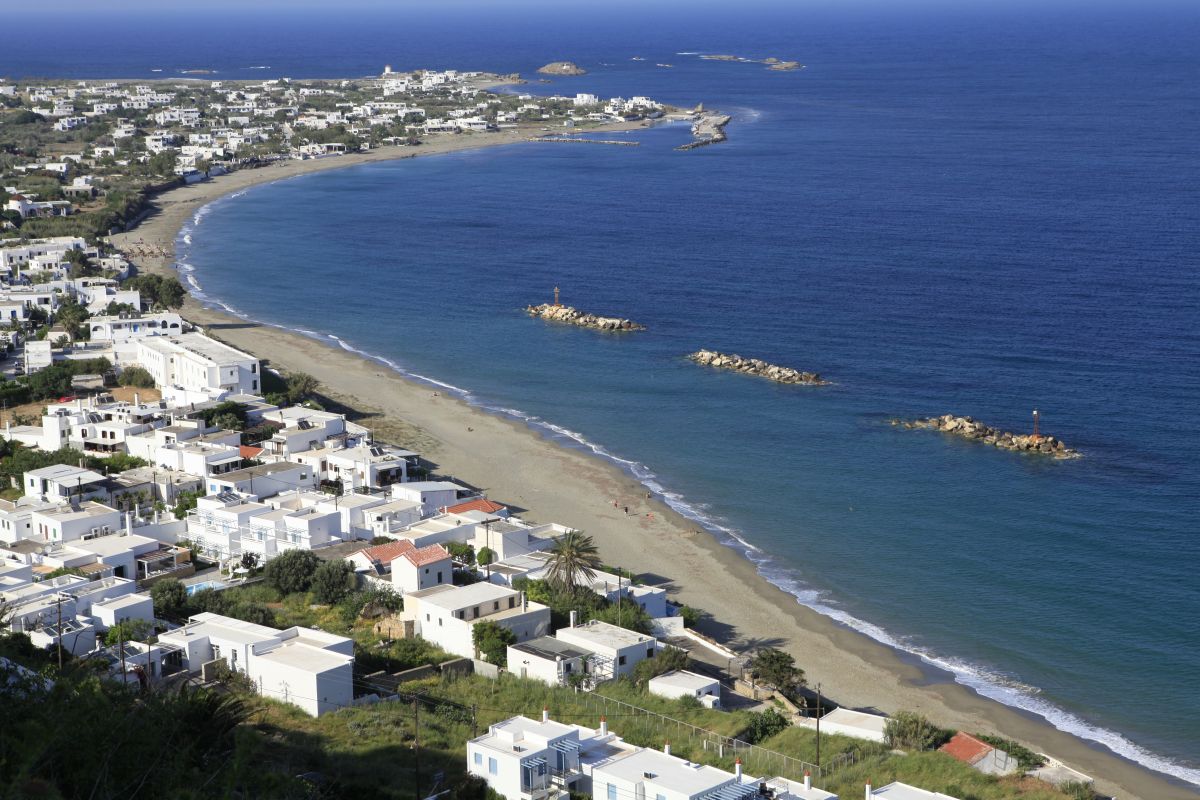 The island’s landscape and morphology is diverse with stunning panoramic views. Located at the northern part of Skyros is a pine and cedar forest surrounded by a number of beaches such as Molos, Gyrismata, Kyra Panagia and Agios Fokas. 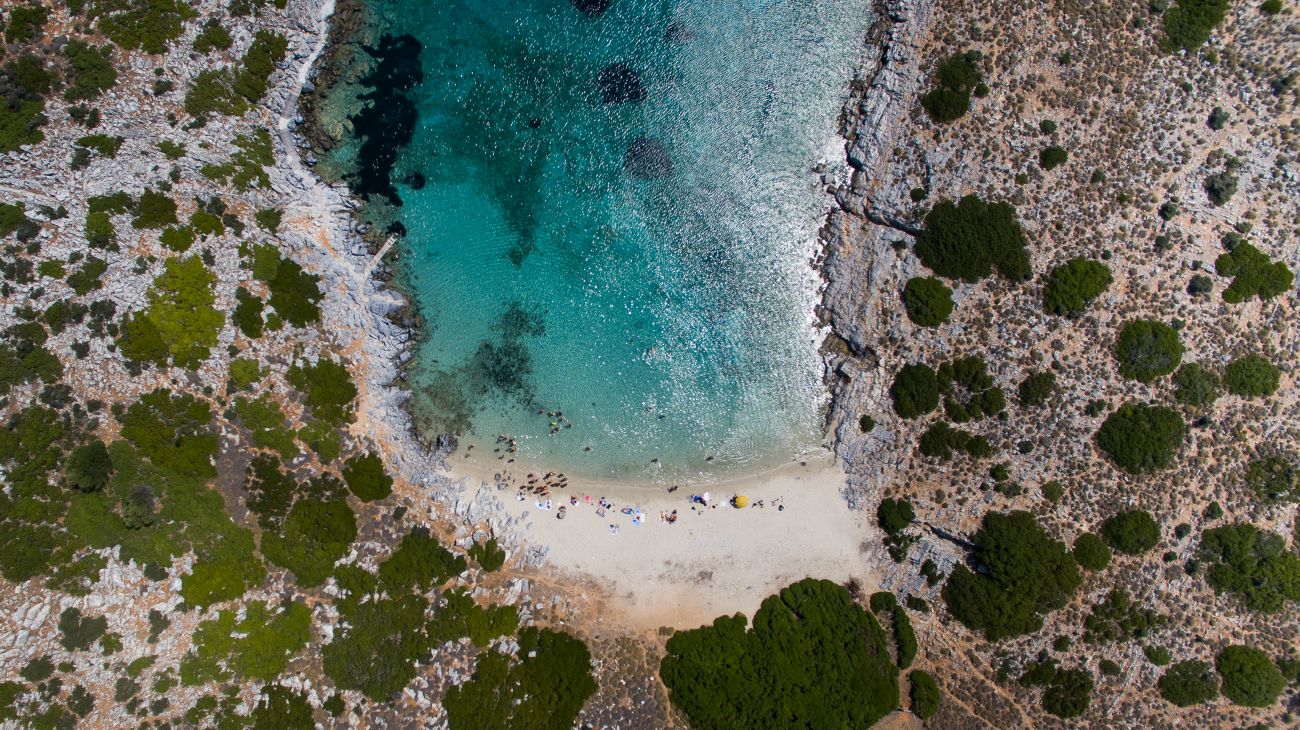 Meanwhile, the southern part of the island gives a completely different feel as it resembles the Cycladic landscape and is full with aromatic scents of thyme and sage, as well as many beautiful beaches such as Kalamitsa, Kolymbada and Renes. This part of the island is famous for its unique “Bonzai” forest (small trees transformed by nature into different shapes).

In antiquity, Skyros was two separate islands. Homer has been documented for referring to the northern part as “Meroi” and the southern part as “Anemoissa”. During the Trojan war, the Greek ships sailed between the two islands to reach the north Aegean Sea. They stopped at Skyros for the fresh water from the spring of “Nyfi” – which is still drinkable to this day. The island’s locals still collect water from this spring, not only for its refreshing taste, but also for its therapeutic abilities. 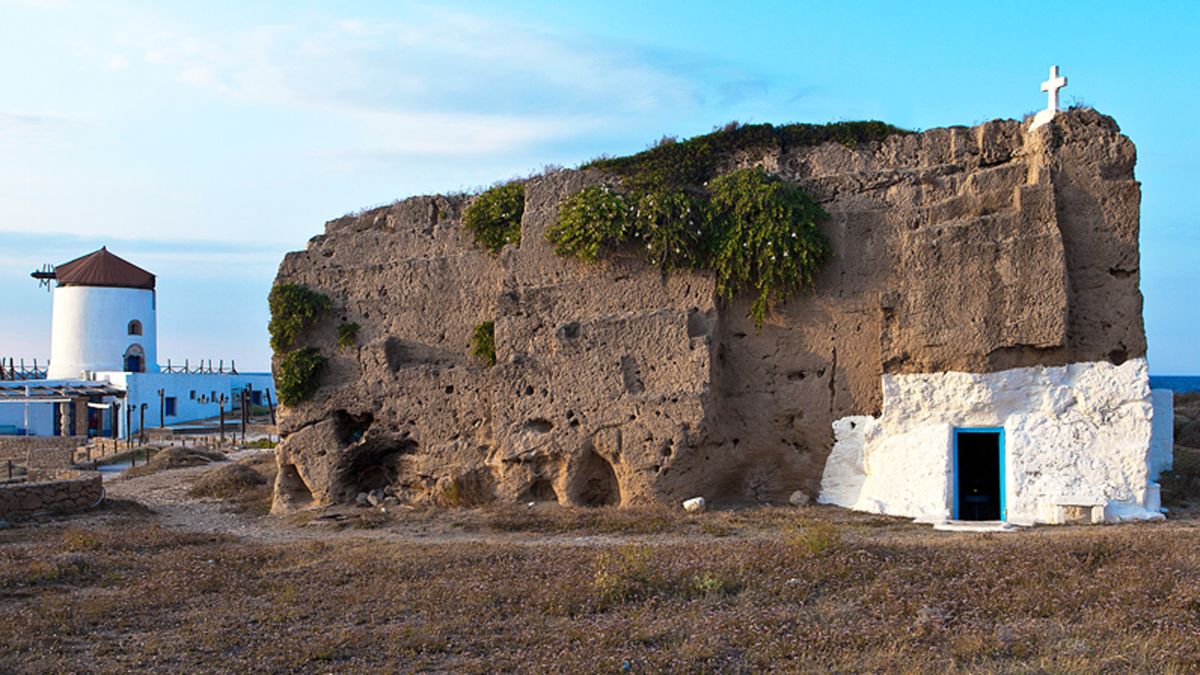 Skyros, also known as the island of Achilles, has a history that dates back to the 4th millennium BC. Archaeological sites on the island include Palamari and Pouria, the Archaeological Museum, the Faltaits Historical and Folklore Museum and many monasteries/churches from the Byzantine period – St. George, St. Dimitrios, St. Nicholas and Panagia Spiliani (a hidden cave church) are just a few of the monuments awaiting to be discovered by visitors. 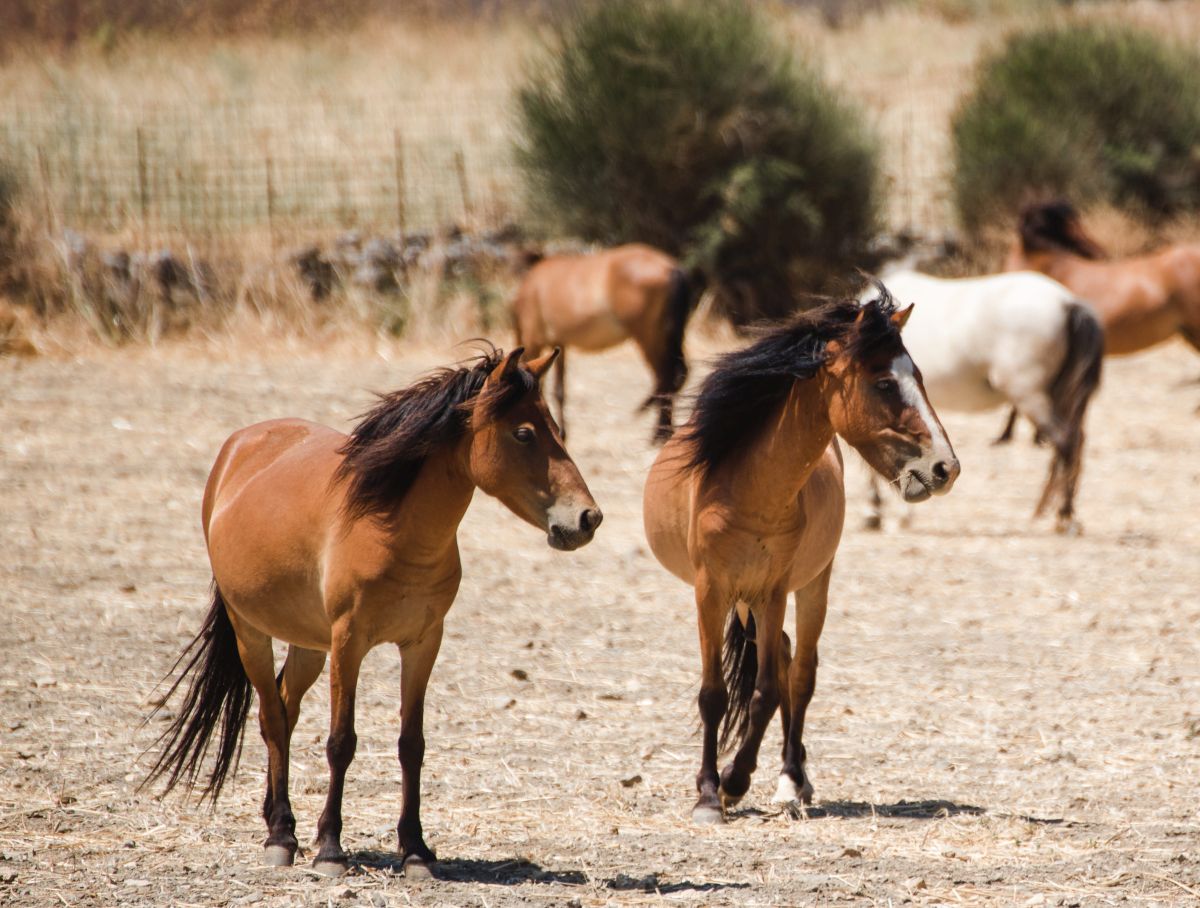 Thousands of goats and sheep roam freely all over the island. The southern part of Skyros is a Natura 2000 site and it home to the renowned Skyrian horses, one of the rarest horse breeds in the world known since antiquity. It should also be mentioned that the south and the nearby small islands host one of the largest colonies of Eleonora’s falcon – one of the most important bird species in Greece. 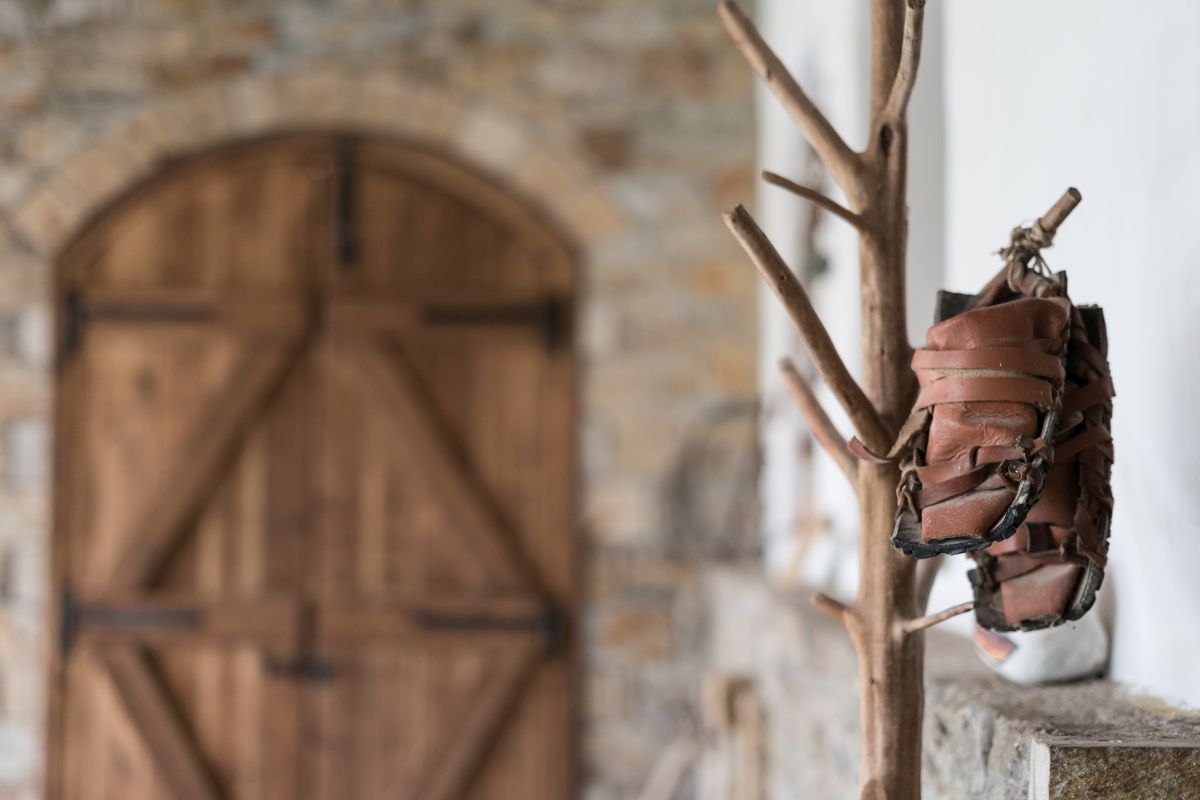 The local residents of Skyros stay much connected to tradition. For example, the Skyrian “Trochadia”, the traditional leather sandals of Skyros, are still manufactured, now with car tire soles.

It is also tradition for every Skyrian to have his/her own traditional costume. This is a tradition that is followed even by children. 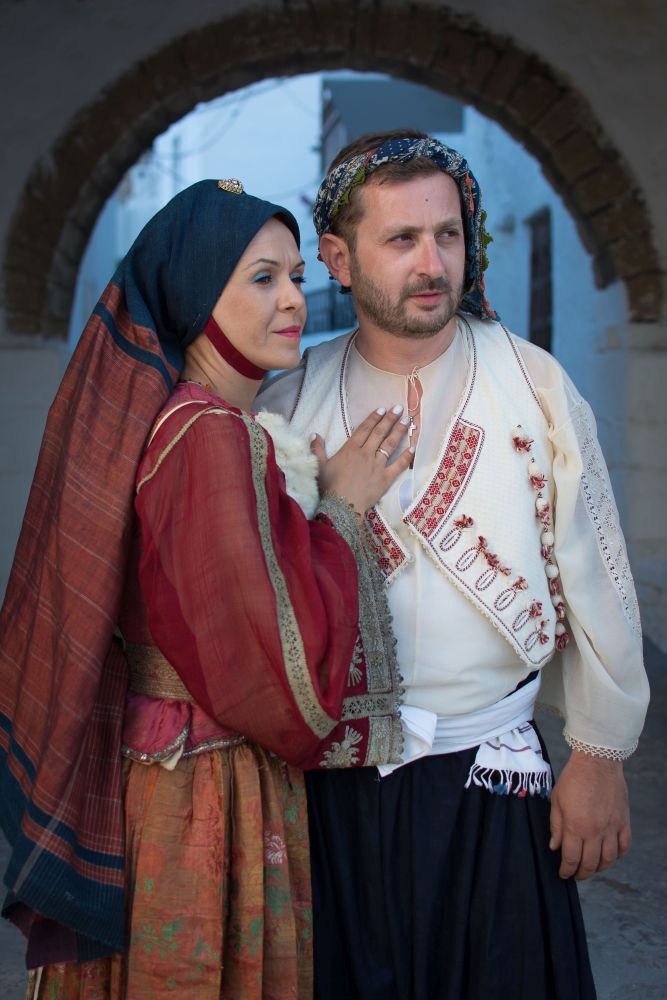 The gastronomy of Skyros can be characterized as a tasty cuisine of local “Turf & Surf” products such as lobster, fish, lamb and goat meat, goat cheese, honey and a number of other products. Many herbs and thyme are used in most recipes. Many small taverns can be found all over the island.

To discover Skyros and its hidden beauty, a car is a must. Skyros is also famous for its hiking and trekking paths and also attracts many birdwatchers. Sea tours take place to nearby small islands. The island’s accommodations consists of mainly small boutique hotels.

A DMC/B2B Inbound Tour Operator licensed by the Greek Tourism Ministry, It’s Greece was established in 2017 but boasts 35 years of background experience. The company efficiently and professionally provides all inbound travel services. It’s Greece was the first to introduce and manage services for the charter operation from France to Skyros, offering travelers unforgettable experiences on the island.

Located in the Chora on Skyros since 2008, FEELinGREECE is a travel agency owned by Chrysanthi Zygogianni that aims to bring visitors in contact with the Skyrian nature and the local everyday life. FEELinGREECE organizes activities for authentic experiences, offering quality services with a locally orientated eco-friendly approach.

The company offers daily hiking tours, birdwatching tours and special excursions for visitors to get to know all about the island’s traditions, culture heritage and natural beauty. Other offered services include daily cruises and multiple day cruising packages for travelers to explore the island and also discover untouched beaches, deep blue waters and unique nature and animal environment.

Established in 2011, Anemos Skyros is a pioneer in car rental and transportation on the island of Skyros. Available 24/7, the office offers convenient rental services for cars, scooters and bikes with pickup and drop-off service at any location on the island. Anemos Skyros also offers personalized services and aims to meet the needs of its clients and offer the best solution to their demands.

Cleanliness is a top priority at Anemos Skyros. Each vehicle is thoroughly cleaned between every rental.

The company’s fleet is constantly renewed. In 2020, Anemos Skyros renewed 50 percent of its fleet.

Holidays in Greece: Where to Find the Best Hospitality Experience in Athens and Crete