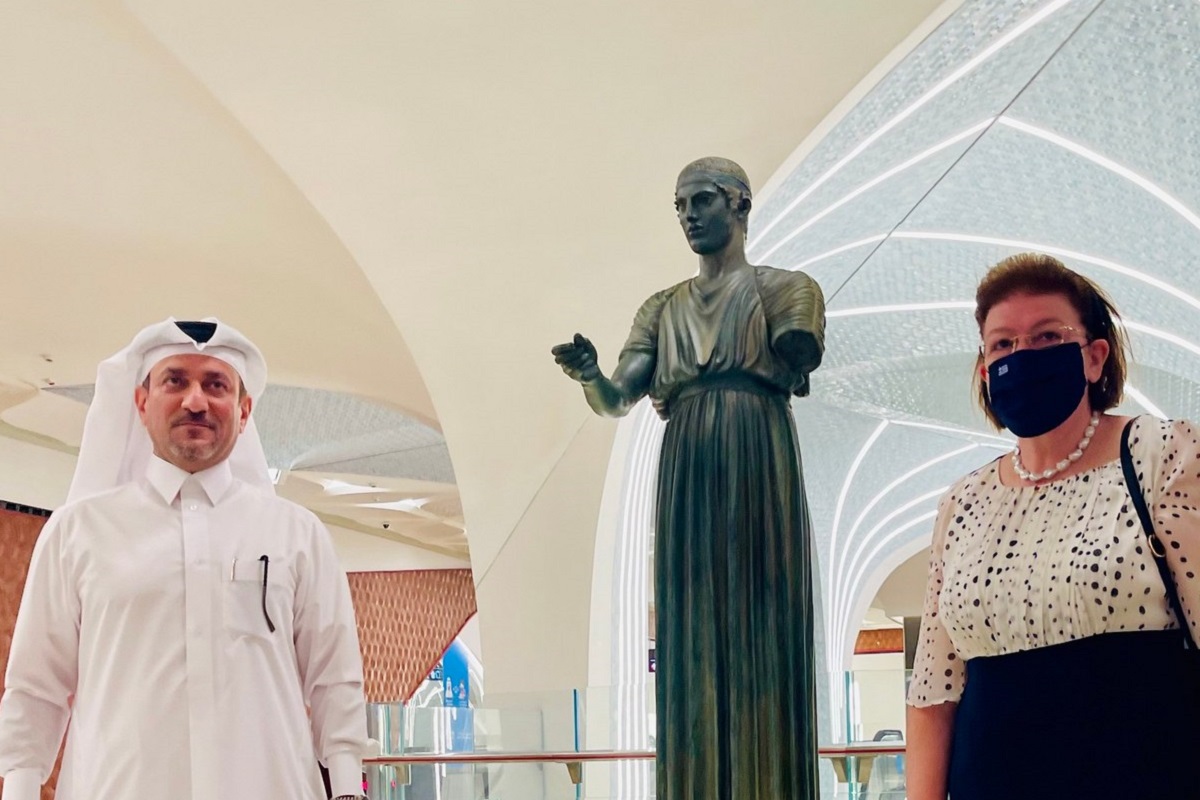 Greece has donated an exact replica of the Charioteer of Delphi, also known as Heniokhos, to the city of Doha in Qatar.

The replica statue was unveiled at the central metro station of Doha international airport in Qatar during an official ceremony earlier this week in the presence of Greek Culture Minister Lina Mendoni.

Heniokhos is one of the best-known statues surviving from Ancient Greece, and considered one of the finest examples of ancient bronze sculptures. The life-size statue of a chariot driver was found in 1896, in the sanctuary of Apollo in Delphi and is on display at the Delphi Archaeological Museum.

It was also in 1896 that the first modern Olympic Games took place in Athens.

According to Mendoni, Greece offered the Heniokhos replica to the people of Qatar as a symbolic gesture, aiming to strengthen relations between the two countries.

“Many centuries later, Heniokhos becomes an ambassador of the friendship between Greece and Qatar,” Mendoni said during the unveiling ceremony in Doha. 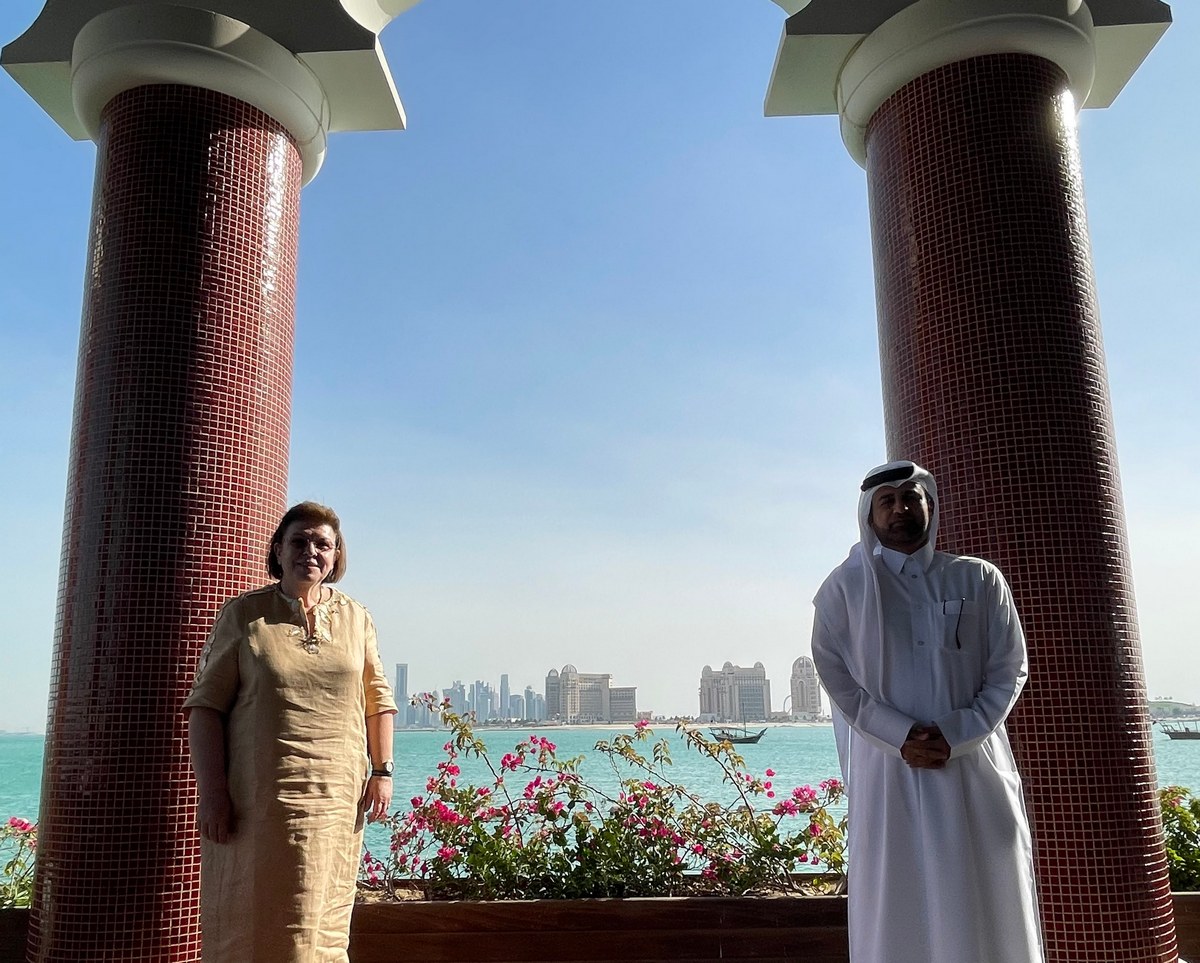 While in Qatar, Mendoni also met with Khalid bin Ibrahim Al Sulaiti, general manager of The Cultural Village Foundation-Katara and discussed the potential of establishing a common strategy to promote Greek popular and modern art. The Katara is a multidimensional environment for culture and entertainment that hosts exhibitions, projections, concerts and theater performances. The cultural village also features an open amphitheater of 5,000 seats.

The Greek culture minister also visited the country’s new National Museum, the Olympic Games Museum which will open its doors in a few months, and the The Museum of Islamic Art.