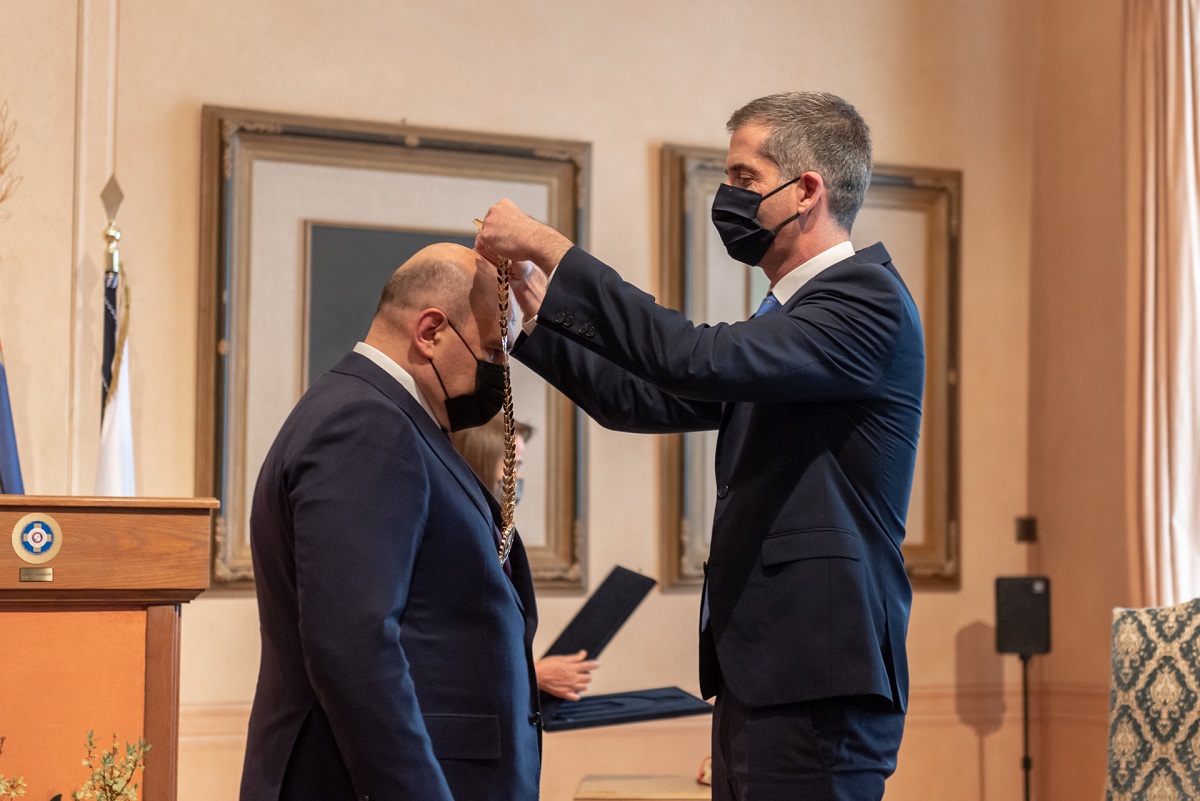 Athens Mayor Kostas Bakoyannis recently awarded the Gold Medal of Honor of the Municipality of Athens to the Prince of Wales Charles and Russian Prime Minister Mikhail Mishustin. Prince Charles and the Russian PM were among the official guests in the Greek capital attending the celebration of the bicentennial of Greece’s Independence.

During an event held at the Athens City Hall, the mayor offered the Gold Medal of Honor to Mikhail Mishustin, in recognition of the contribution of the Russians to Greece’s revolution against the Ottoman Turks in 1821.

“Greeks do not forget Russia’s decisive contribution to Greece’s struggle to gain its freedom and independence,” Mayor Bakoyannis said, adding that Greeks have feelings of friendship, love and admiration for the people of Russia.

“The ties between the capitals of Greece and Russia have become stronger after the signing of five protocols of friendship and cooperation. We are already working together to launch a new period of meaningful and fruitful partnerships between our people, through the connection of our capitals, aiming to face the challenges of the new era,” Bakoyannis concluded. 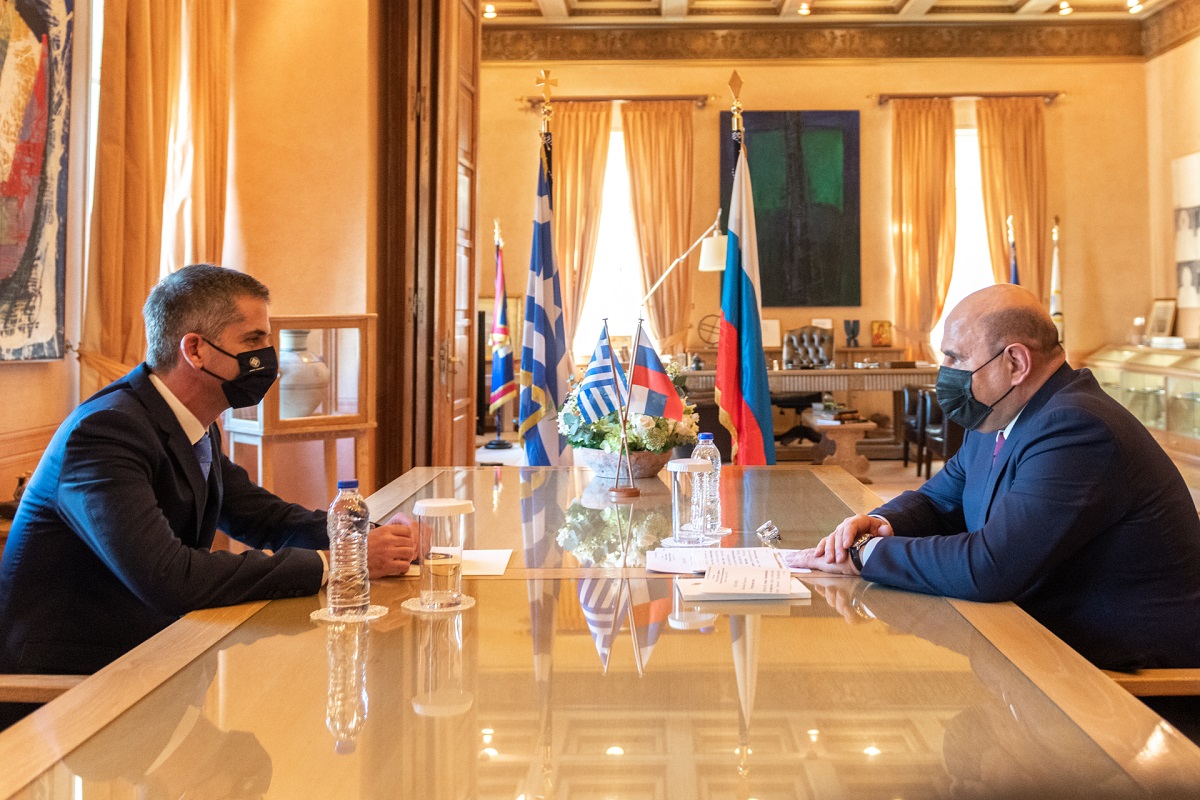 On his part, Russian PM Mikhail Misustin expressed his gratitude for Athens’ Gold Medal and warm welcome, and referred to the contribution of Greece towards the evolvement of international culture.

“Greece has affected the history of Russia with its distinctive aesthetics in architecture, painting, poetry and philosophy,” he said. 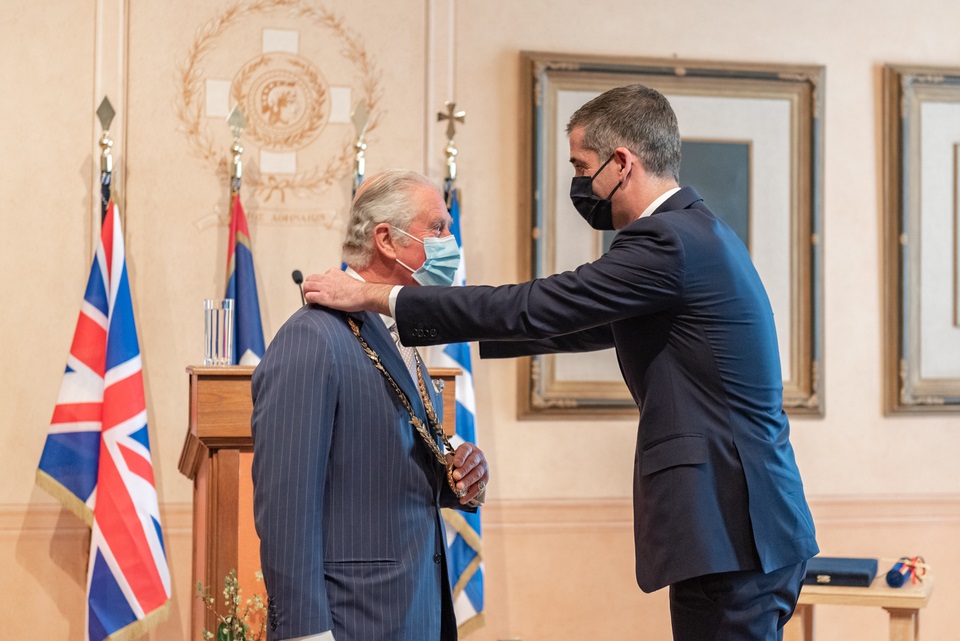 During a separate event, the mayor of Athens offered the Gold Medal of Honor to the Prince of Wales Charles in recognition of the United Kingdom’s contribution to Greece’s liberation and the commitment of Prince Charles to protecting the environment, cultural heritage, and promoting literature and arts.

According to Bakoyannis, since the establishment of the modern Greek state, Greece and the UK have shared long and strong cultural, economic and diplomatic ties.

The mayor also referred to Prince Charle’s sustainability map – the Terra Carta and announced that the municipality would become the first city authority to sign the initiative in efforts to support and preserve biodiversity and nature. 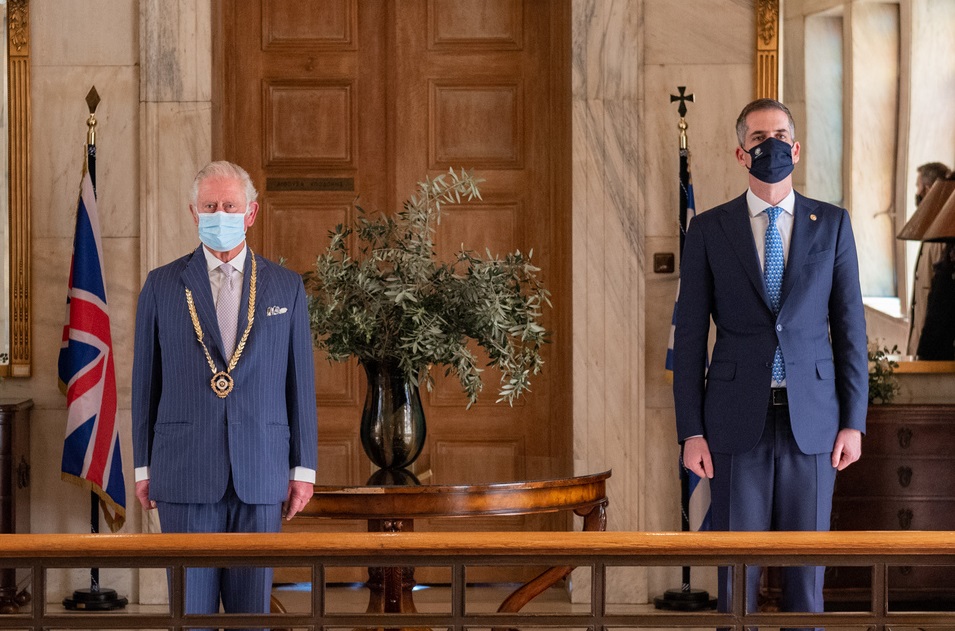 The Prince of Wales Charles thanked the mayor for the honor. He also said he felt grateful for the adoption of Terra Carta by the Municipality of Athens.

“It is of vital importance that cities around the world, like Athens, get involved in the efforts to achieve sustainability, minimize carbon footprint, and of course revitilize biodiversity. All these elements must be combined for sustainable urban planning. This is something we have discussed and I hope that together we can make further progress in the future,” the Prince added.