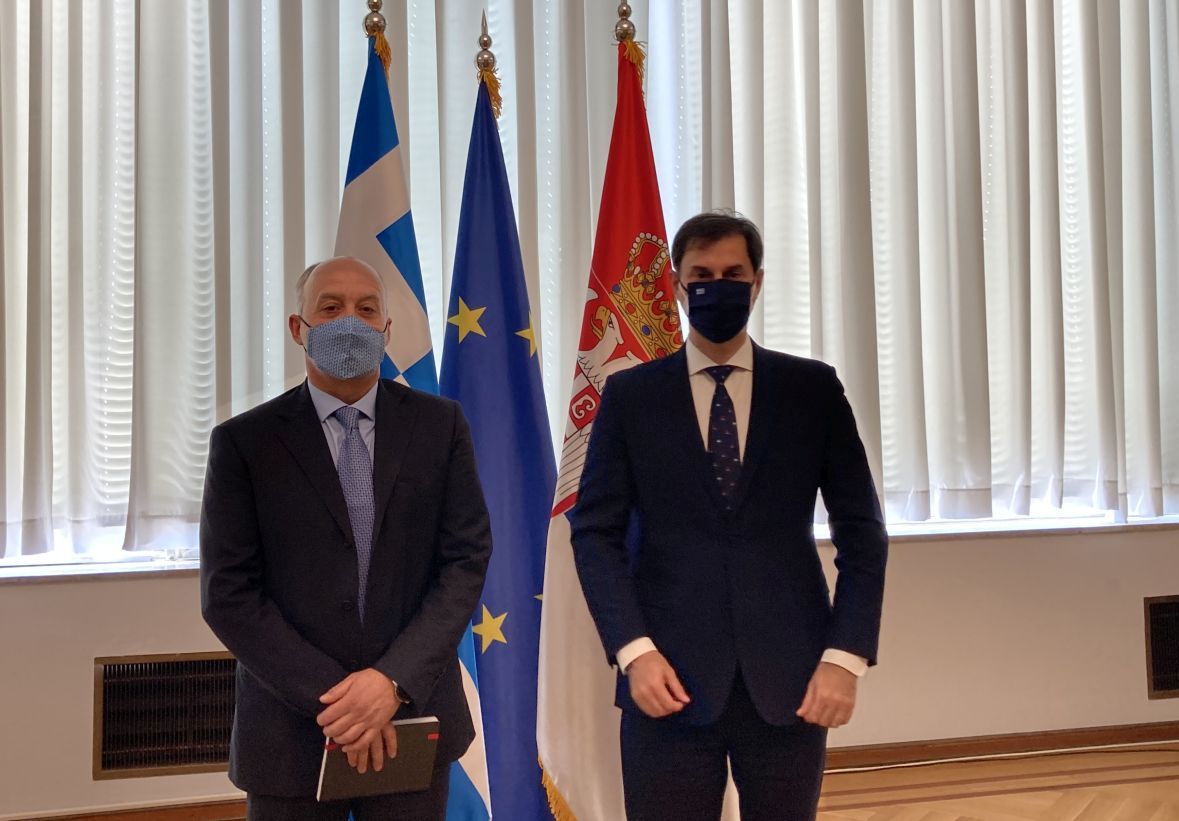 Greek Tourism Minister Harry Theoharis (R) with the director of the National Association of Travel Agencies of Serbia (YUTA), Alexander Senicic, in Belgrade.

Greek Tourism Minister Harry Theoharis on Tuesday said Greece will be able to welcome tourists from Serbia as of the middle of April, almost a month earlier than the country’s scheduled tourism opening.

“Serbia is one of the countries of origin of tourists for whom the gates of Greece will be open from mid-April,” the minister said while speaking to local media in Belgrade during his official visit to Serbia.

“We are opening safely as soon as possible, implementing a pilot program for Serbia, the EU, the US, Great Britain, Israel and the United Arab Emirates, in this first phase,” he added.

The conditions for Serbs to travel to Greece this year will be based on the agreement between two countries that is expected to be signed in the first half of April.

Theoharis arrived in Serbia on Sunday as part of a series of visits to countries-tourist markets of high interest for Greece.

In Belgrade, the Greek minister held a series of meetings with government officials and industry professionals.

On Monday, he signed a joint declaration with his counterpart Tatjana Matić, aiming to counter the Covid-19 pandemic’s impact on the tourist flow between Greece and Serbia.

Among other things, the declaration foresees the mutual recognition of both countries’ digital Covid-19 health certificates for travel. 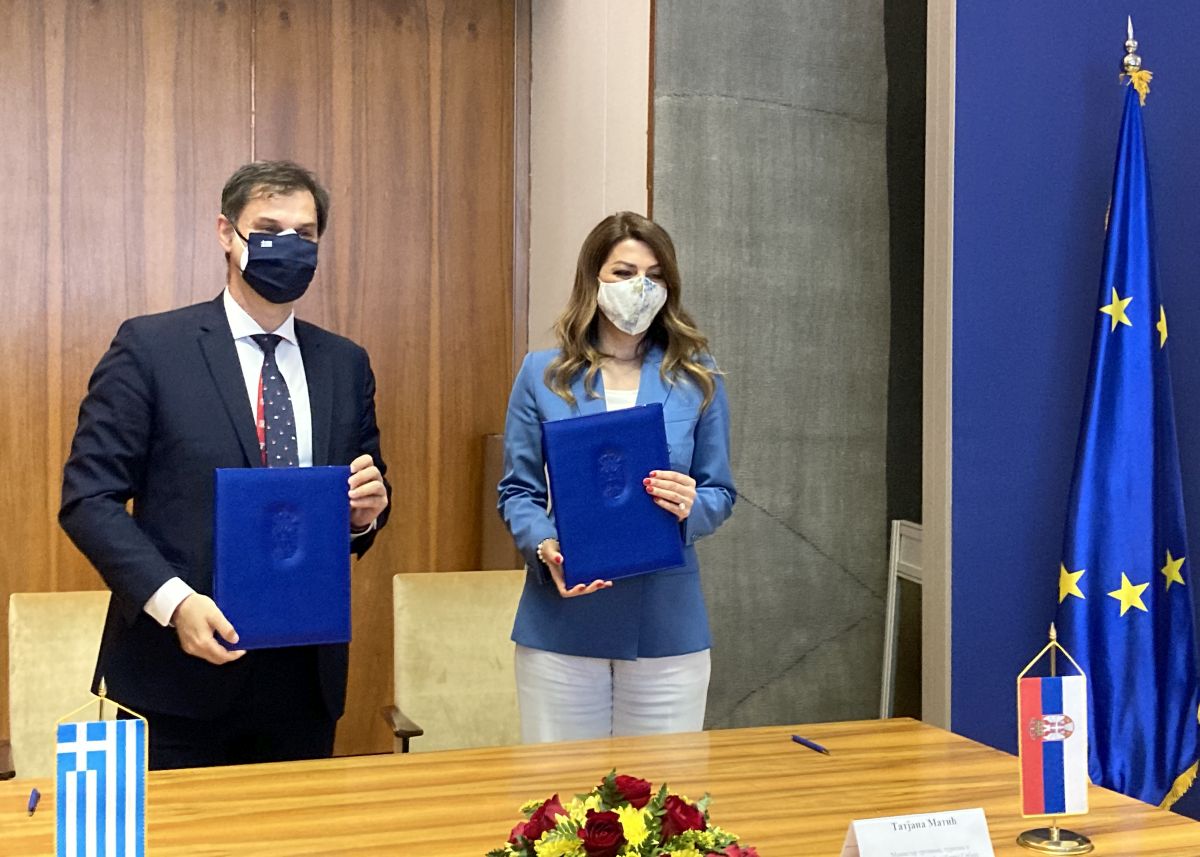 The Greek tourism minister also held a meeting with the director of the National Association of Travel Agencies of Serbia (YUTA), Alexander Senicic. YUTA’s director confirmed the high interest of Serbs to travel to Greece this year for vacation.

According to Senicic, the signing of the joint declaration between the two countries and the rules for travel to Greece this year that include the holding of a vaccination certificate or negative Covid-19 test will greatly help the tourism market.

In 2019, Greece welcomed over 1 million tourists from Serbia.

How Serbs will enter Greece from mid-April

Serbian nationals holding a Covid-19 vaccination certificate or a negative PCR test result can enter Greece as of mid-April only through the border crossing with Bulgaria.

YUTA’s director informed the Greek minister that the opening of the border point crossing at Evzoni (Greece-Northern Macedonia) is highly important to facilitate travel from Serbia to Greece.

According to the minister, the Evzoni border crossing should be open in May.