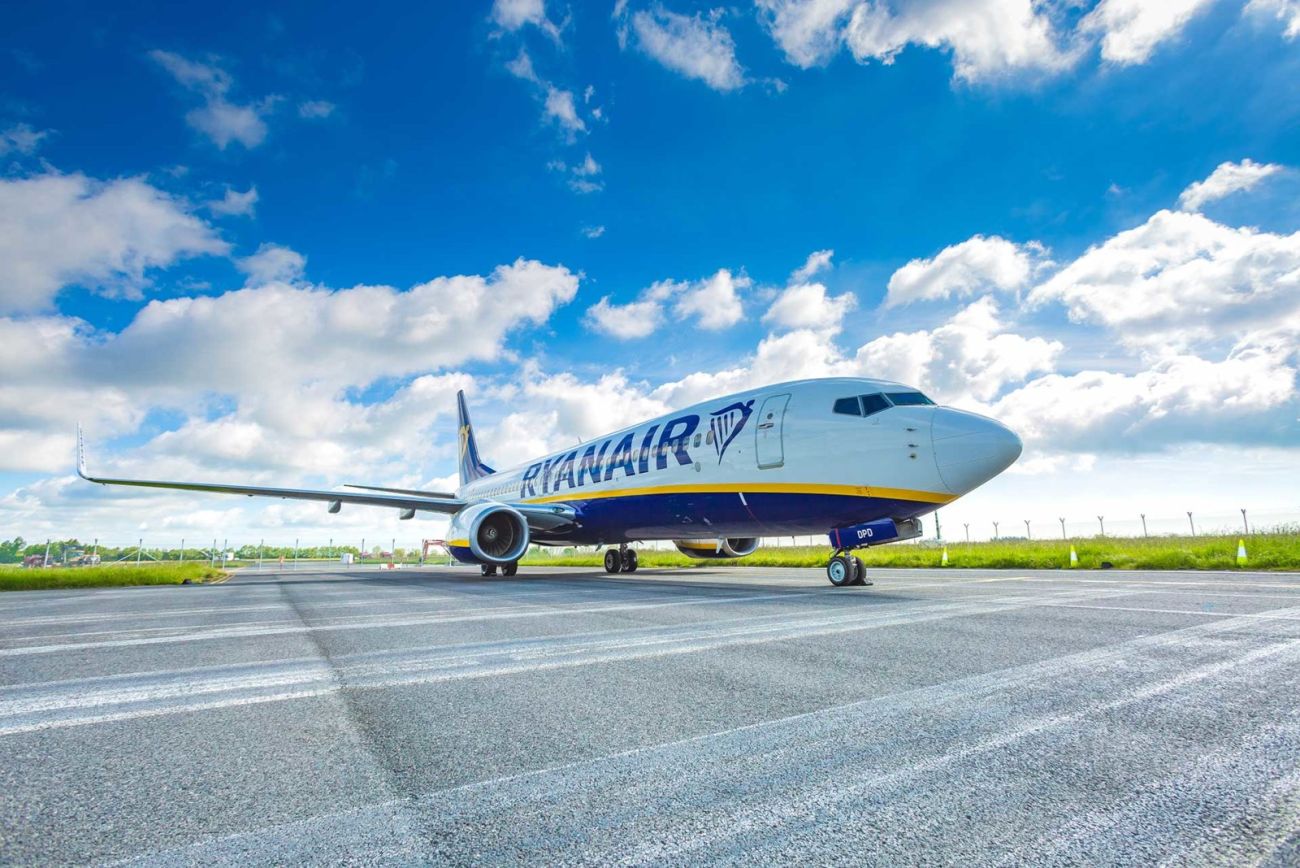 Ryanair has announced that it will open three new bases on the Greek islands of Corfu, Rhodes and Crete – Chania, for the summer of 2021.

During an online press conference on Wednesday, Ryanair Commercial Director Jason McGuinness said that the new bases would operate from July to October.

“Following the announcement of Greece’s first travel corridors with Israel and Cyprus in April, and the official re-opening to all international travel from 14 May, we are proud to support the resurgence of the country’s tourism industry and offer both Greek visitors and customers greater choice and even lower fares,” he said.

“As vaccination rollout programs continue in the coming months, air traffic is set to soar this summer… Our new summer bases in Greece will operate with a total of four aircraft and deliver 107 routes – including 46 new – to popular destinations such as Barcelona, Bari, Marseille, Paphos, Tel Aviv and Verona among many others,” McGuiness added. 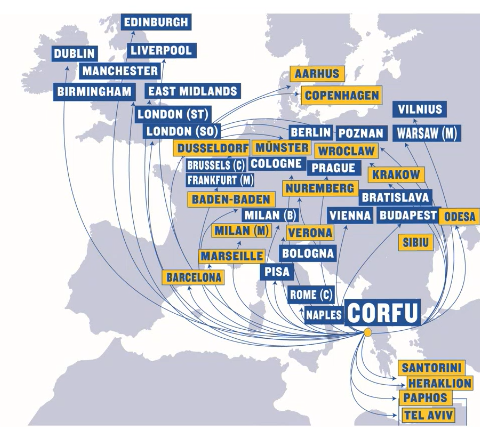 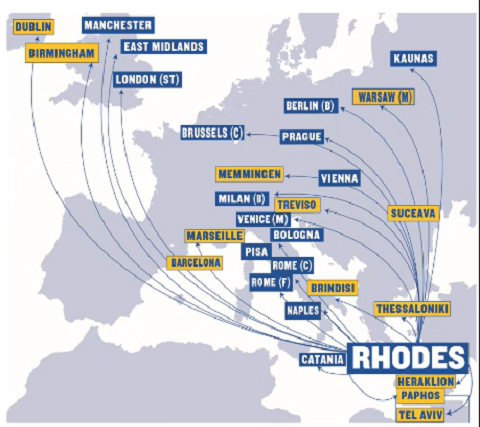 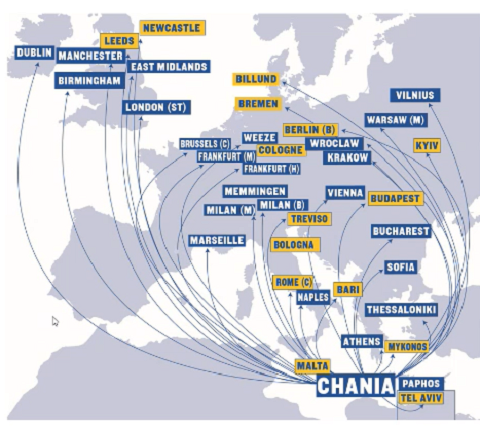 Corfu
Ryanair’s new base on Corfu will offer a total of 42 routes (18 new itineraries) and operate 97 weekly flights out of the island to international destinations.

Rhodes
Through its new base on Rhodes, Ryanair will offer 27 routes (13 new) with a total of 56 weekly flights.

Chania
In addition, the new Chania base will offer a total of 38 routes (15 new) to international destinations through 90 weekly flights.

The new bases will operate with four additional aircraft – two on Corfu, one on Rhodes and one in Chania. The investment will reach 400 million euros and is expected to create 120 local jobs. 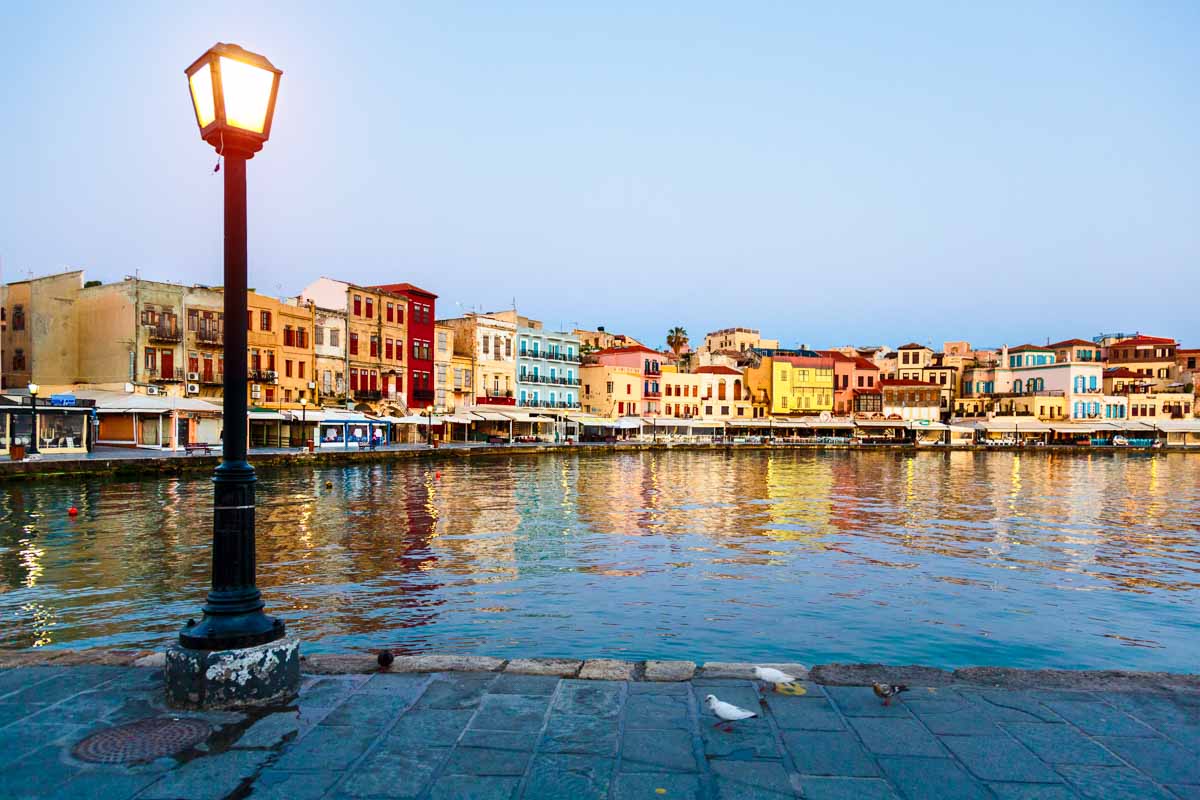 “Following the completion of a massive infrastructure upgrade program across the 14 airports managed by Fraport Greece, we are ready to welcome travelers from all over the world who are looking for the unique ingredients of Greek summer and the unmatched Greek hospitality,’’ he added.

This summer, the carrier will be flying from/to a total of 14 Greek airports.

Overall, Ryanair is flying to 40 countries through 77 bases and 240 airports.

Apart from its bases in Greece, the airline has also announced the opening of new bases in Treviso, Naples, Bologna, Bari and Bergamo in Italy. 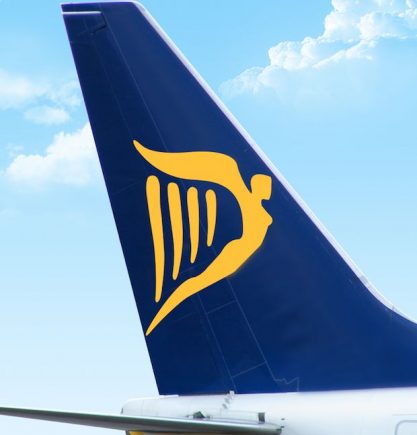 Furthermore, in December 2020, the carrier signed a purchase agreement with Boeing for 75 new MAX-8200 aircraft, which increased its firm order for the Boeing “Gamechanger” aircraft from 135 to 210, with a total value of over 22 billion dollars.

The first aircraft is expected to be delivered in early April.

Ryanair’s goal is to carry some 20 million passengers with a fleet of 600 aircraft until 2026.

Qatar Airways to Resume Flights to Mykonos for Summer 2021