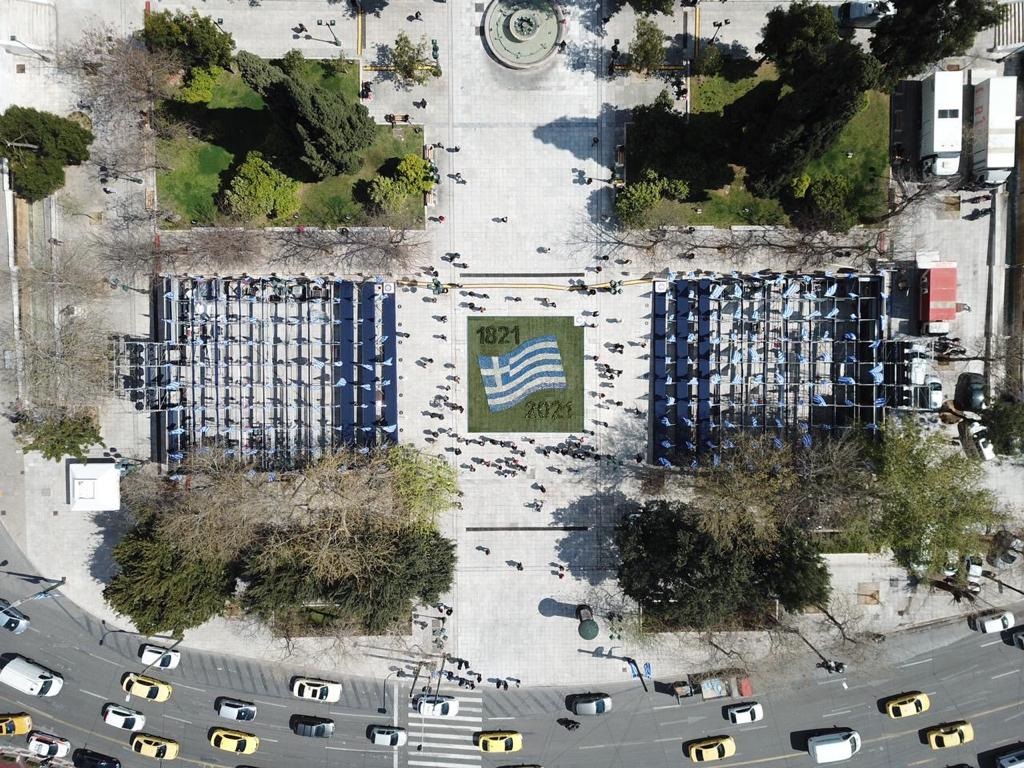 Aerial view of Syntagma square with the Greek flag at the center.

As part of the wider celebrations for the bicentennial of the Greek War of Independence, Athens’ central Syntagma square has been decorated with flowers and lights in the colors of the Greek flag.

A total of 5,000 blue and white flowers form a giant Greek flag at the center of Syntagma Square, surrounded by greenery and special platforms featuring 200 flags, one for each year since the 1821 Greek Revolution. 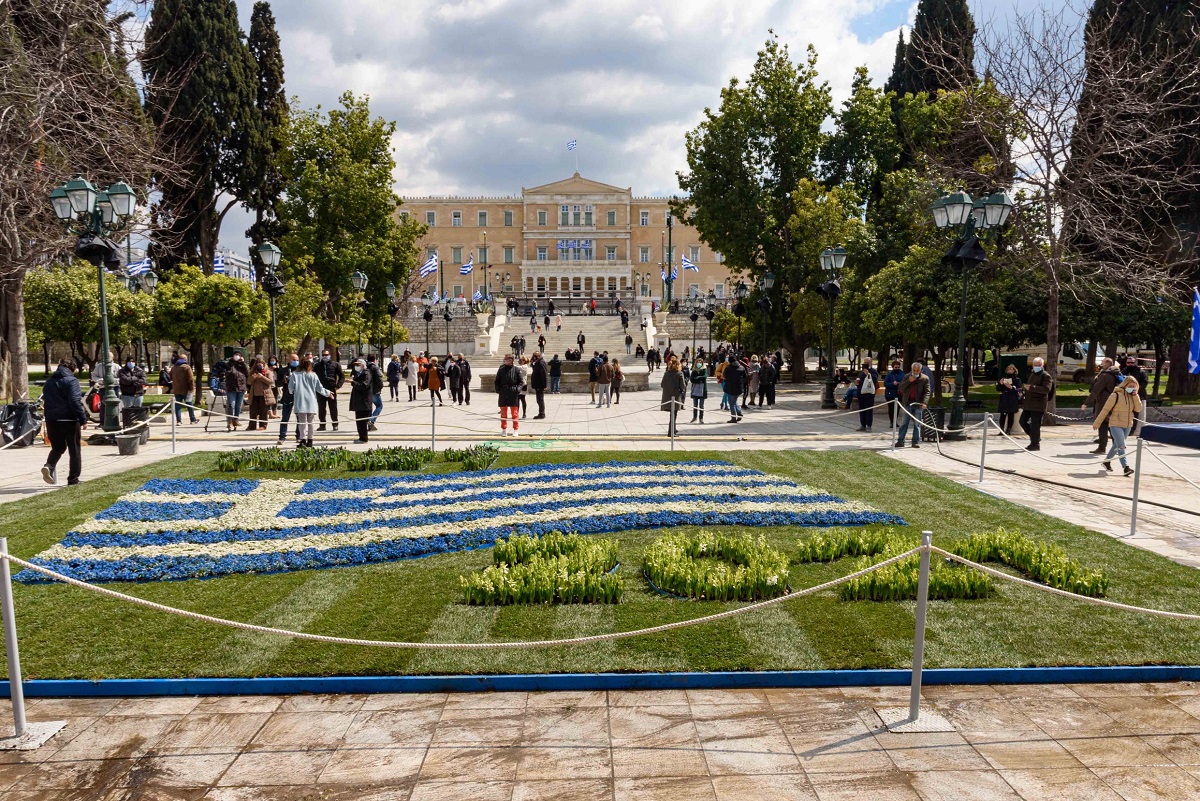 The Municipality has also decorated the capital’s streets with a total of 800 flags, while all parks and squares in Athens’ seven districts feature colorful flowers and plants. 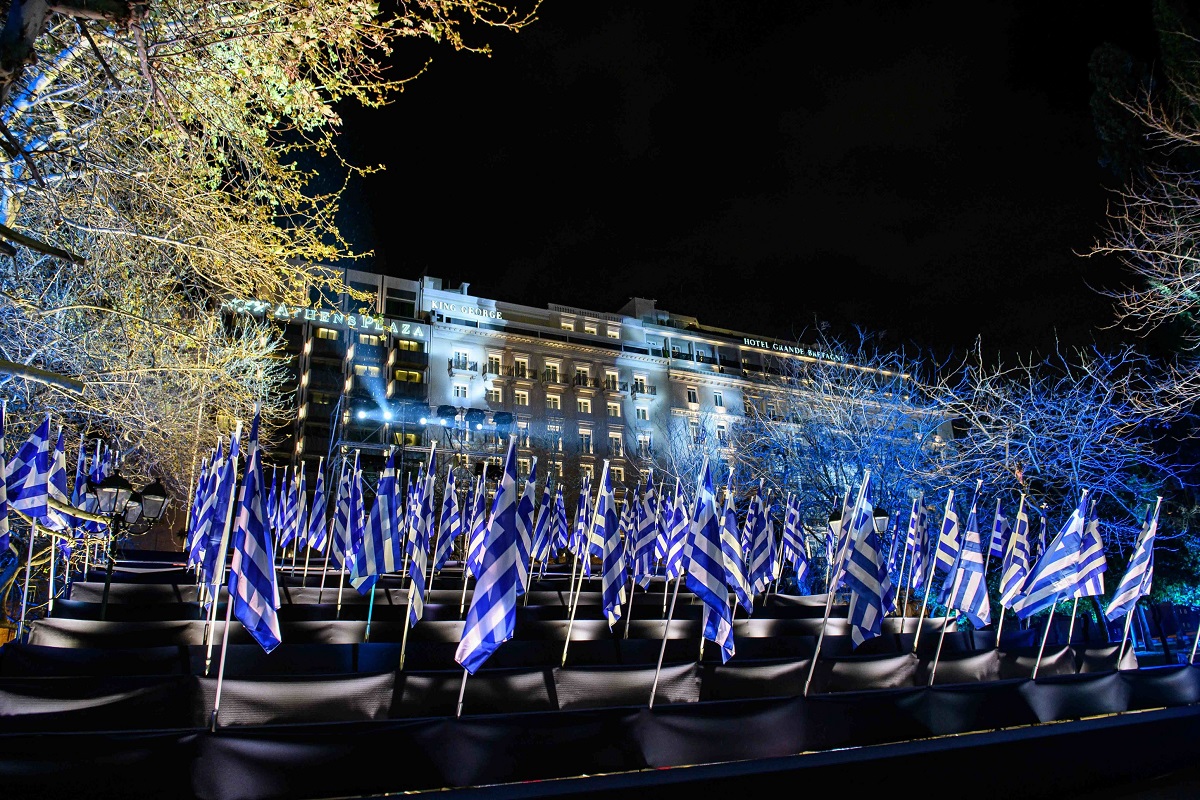 The city’s recently renovated fountains, including the landmark fountain of Omonia square, have been illuminated with blue and white colors.

In addition, the historic building of the Athens City Hall features an impressive 3D mapping projection of the Greek flag. 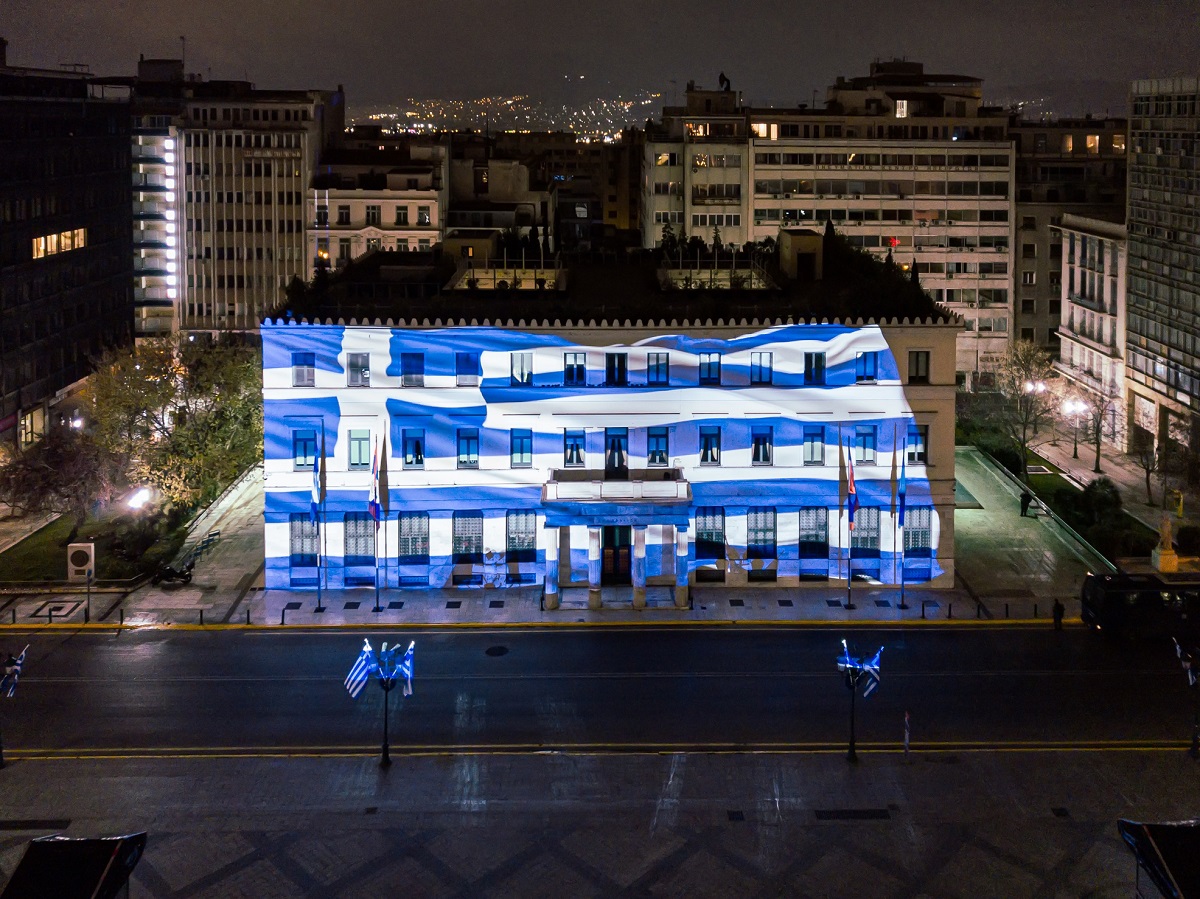 “The City of Athens is ready to take part in a unique celebration adapted to the health circumstances [of Covid-19],” an announcement by the Municipality said.

“With the colors of Greece and spring, light and shine, [Athens] hosts and shares the message of freedom and democracy.” 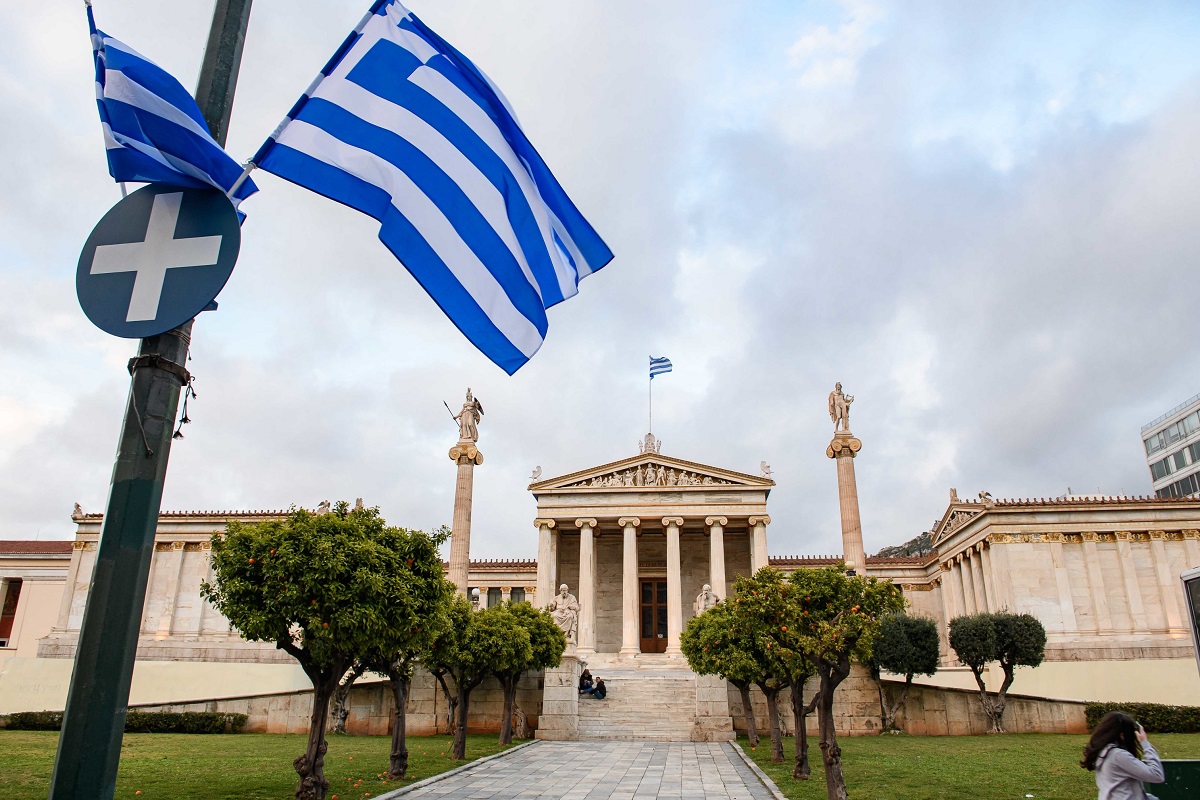 Greece’s 1821-2021 bicentennial events mark the 200 years since the Greeks revolted against 400 years of Ottoman Turkish domination (since 1453) that led to the declaration of independence and the creation of the first modern Greek state.

Celebrations will kick off in the morning of Thursday, March 25, with a wreath laying ceremony at the Tomb of the Unknown Soldier at Syntagma Square.

The national military parade will follow alongside the square, in the presence of official guests, including international political and military leaders.