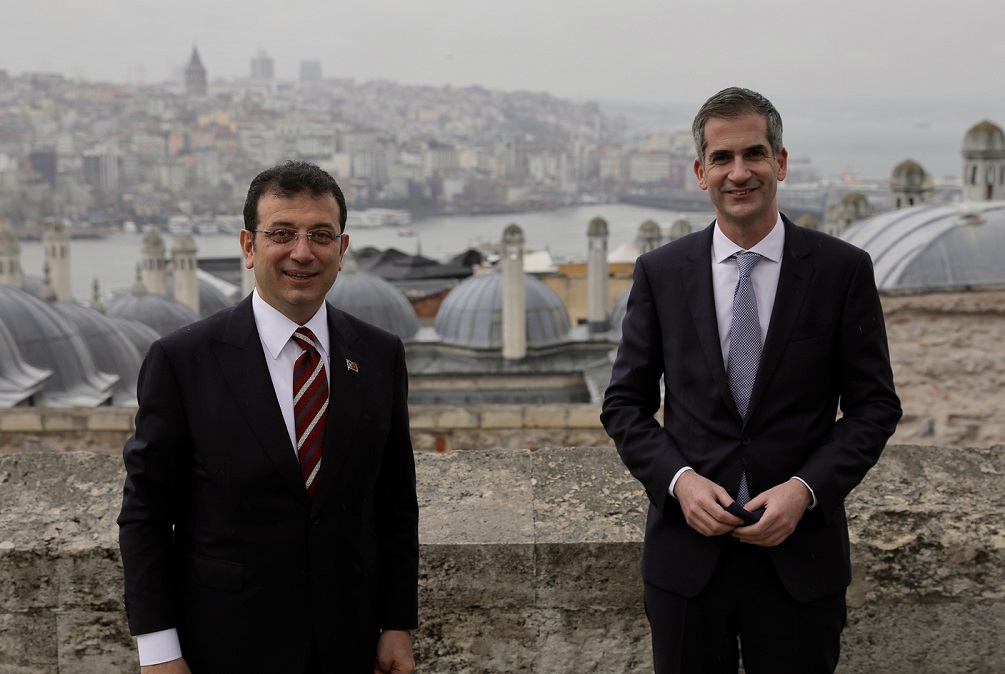 The two mayors met at the Istanbul City Hall last week where they signed a memorandum of understanding and agreed to strengthen bilateral relations between the two cities.

“We had the opportunity to exchange views and good practices for the protection of public health and the environment, and discuss common efforts to confront climate change and cleanliness issues that concern our cities, in line with circular economy and the digitization progress of municipal services,” Mayor Bakoyannis said after the meeting.

Referring to tourism, Bakoyannis spoke of the efforts being made to promote Athens as a tourism destination.

“Our historic cities have suffered injuries from this great [coronavirus] pandemic. Our goal is to keep them standing and make them shine again as global destinations. We will work together towards this direction and encourage the exchange of visitors between the two cities,” he added. 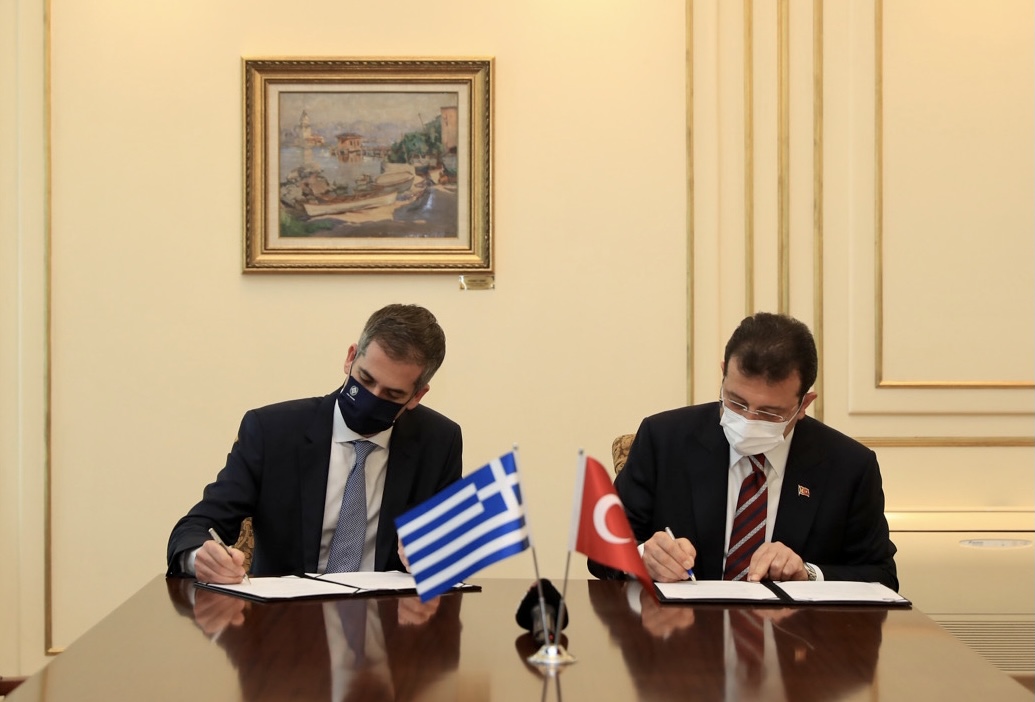 The Mayors of Athens and Istanbul sign the memorandum of understanding.

On his part, Mayor İmamoğlu said that common initiatives between Athens and Istanbul may also involve migration management, earthquake preparation and environmental issues.

İmamoğlu also referred to the restart of a period of direct dialogue between Turkey and Greece, as well as to the revitalization of the Turkey-EU relations.

“Historically, whenever Greece and Turkey chose dialogue and solidarity instead of magnifying their problems, they managed to gain mutual benefits of all kinds… These economic and strategic interests have also benefited the region’s geography, especially in Europe. This period, that starts with Turkey’s accession process to the EU, is a very good example,” he said. 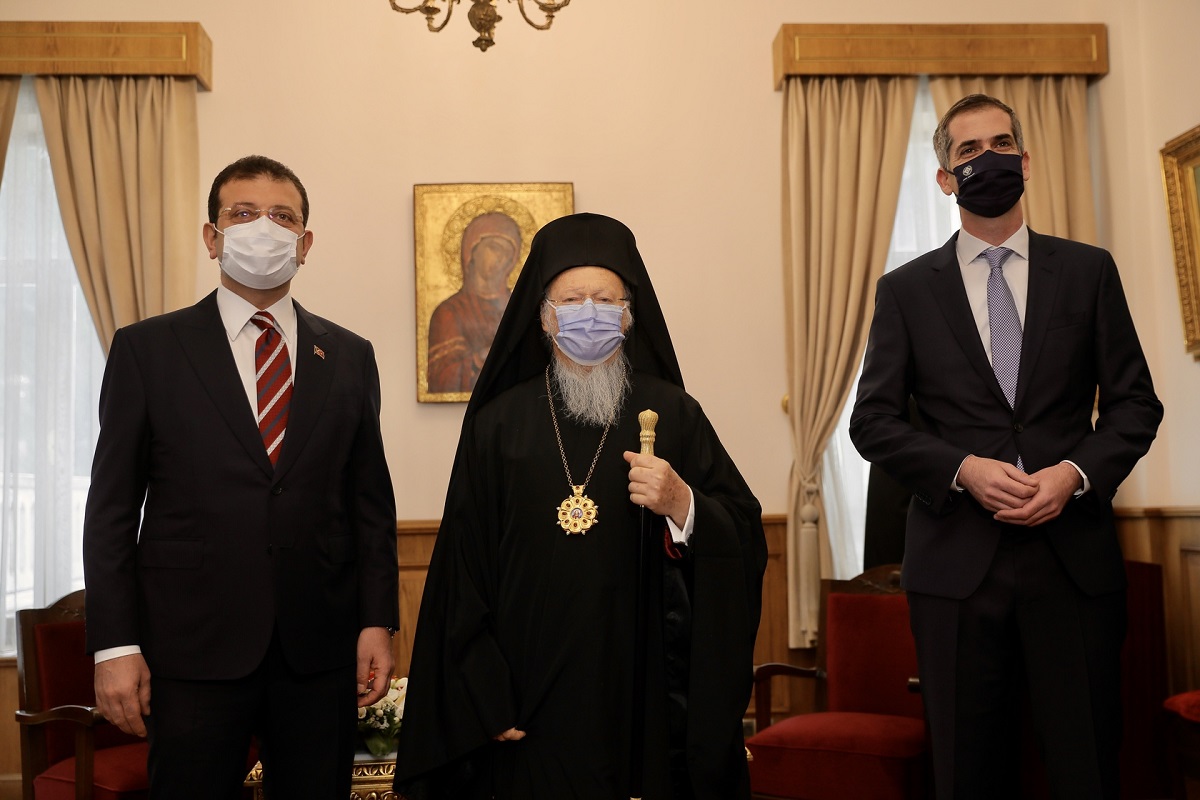 As a gesture of symbolic significance, Mayors Bakoyannis and İmamoğlu also visited the Phanar and met with Ecumenical Patriarch Bartholomew.