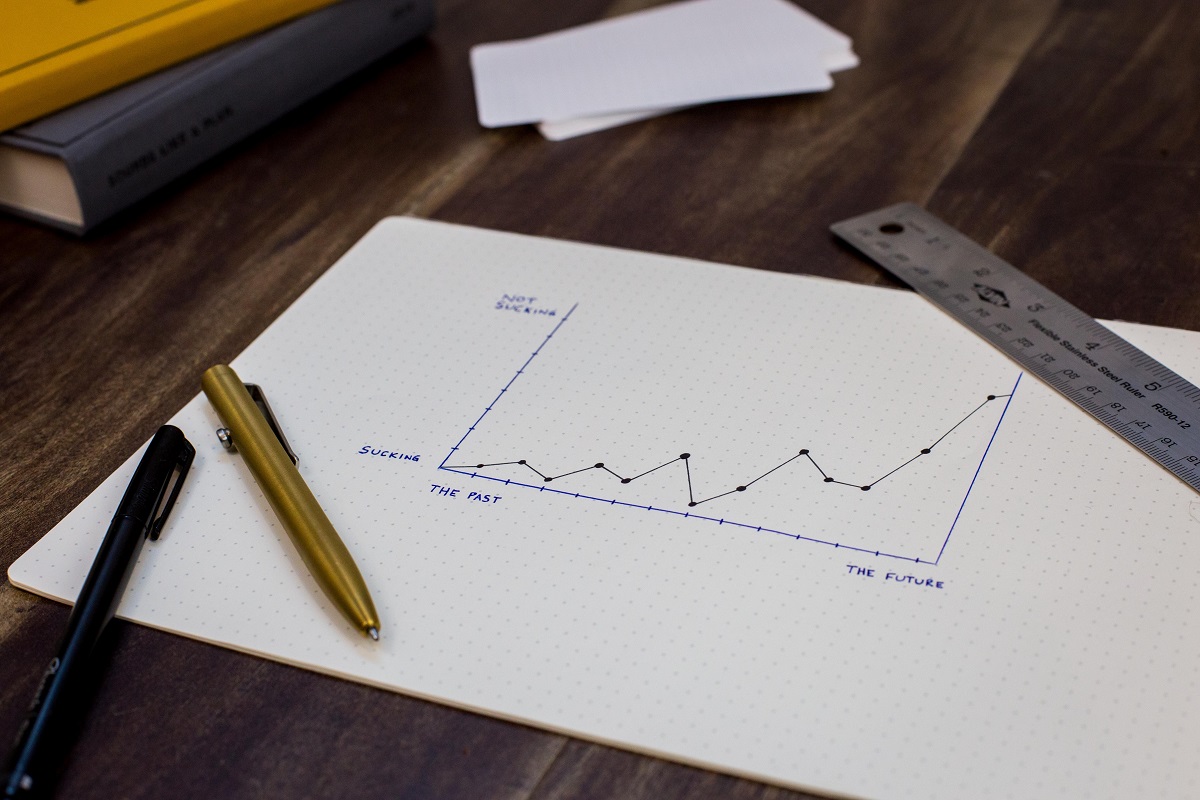 Over the last decade, Greek startup companies have raised 6 billion dollars, according to research carried out by Marathon Venture Capital on investments and acquisitions.

In the last two years, acquisitions have also increased significantly for companies based in Greece recording in 2020 over 500 million dollars. 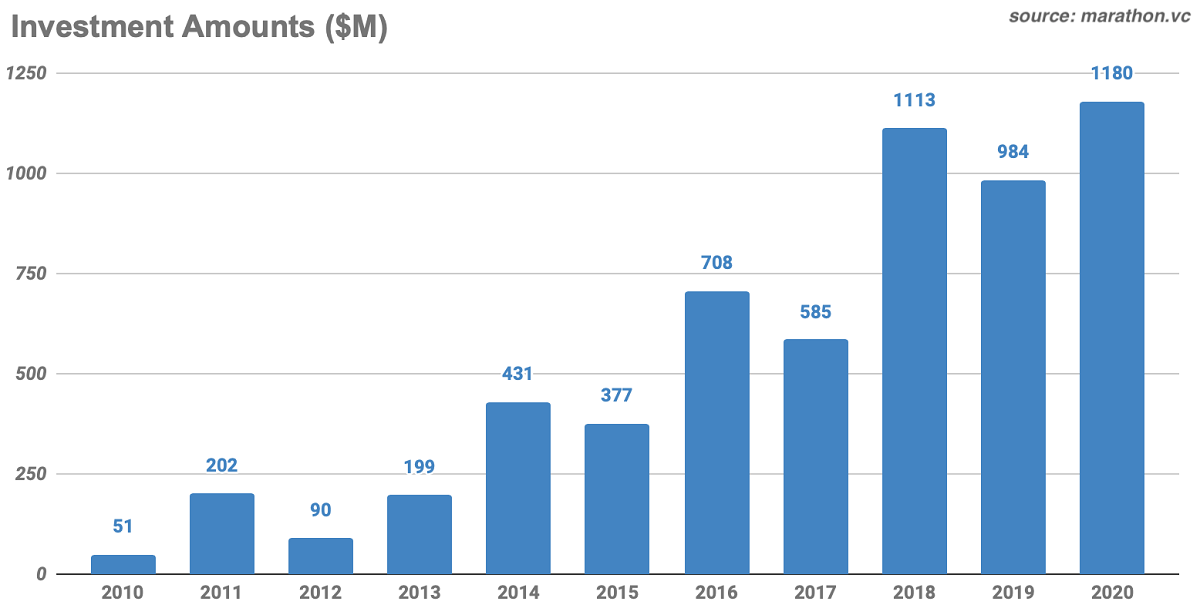 According to study findings, the volume of investments has tripled compared to the immediately preceding three years and has increased sevenfold compared to three years ago. In the past three years, over 900 million dollars have been invested in startups with significant operations in Greece.

The important thing, says Marathon Venture Capital, is that the positive cycle of the local startup scene confirms the growing interest by the investment community for the Greek startup industry.

“The Greek startup industry is now stronger and more mature than ever before. Investment and acquisition amounts are at an all-time high. Top-tier venture capital funds are increasingly investing and big tech companies are repeatedly acquiring Greek startups,” said the report.

A closer look at the study reveals that more international investors are leading investments in Greek startups. Indicatively, over the period under review, foreign funds led in 561 rounds (61 percent of the total), with 257 Greek funds or 28 percent, and 106 “angel” investors or 11 percent. 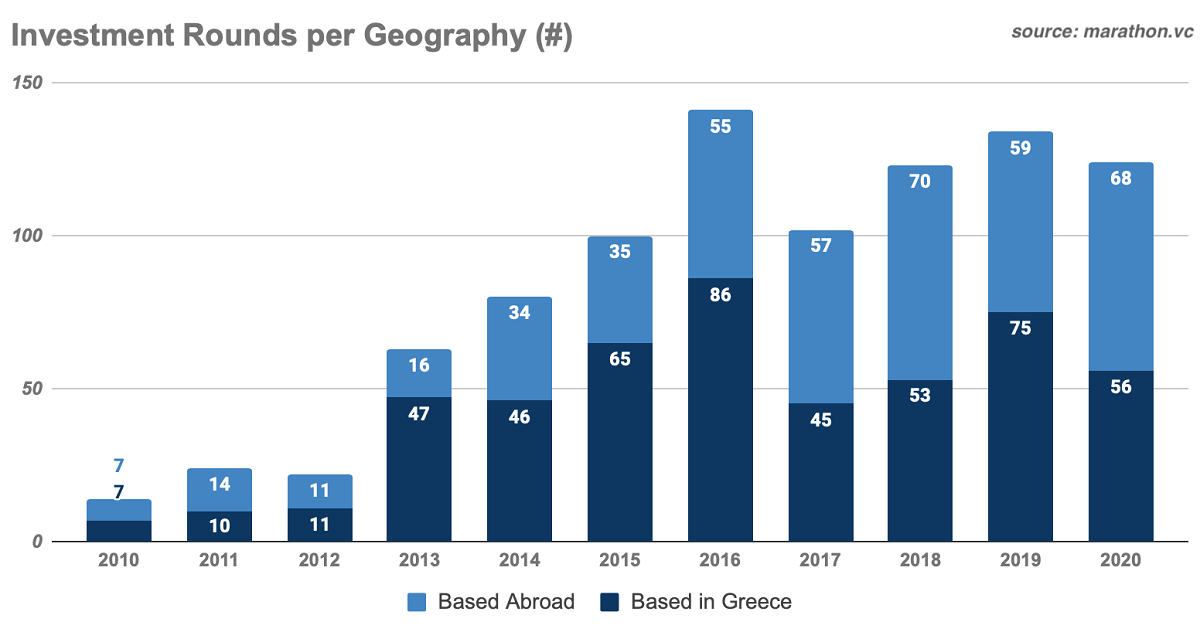 In 2020, Greek startups received more funding than any other year, the report found.

At the same time, 501 out of 927 funding rounds (54 percent of the total) were invested in startups that maintain a physical presence and employ people in Greece.

Companies based in other countries raised 77 percent of total capital from 2010 to 2020. 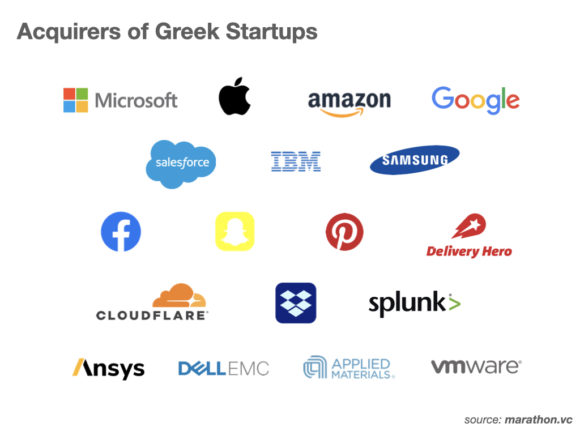 Over the same period, 1.34 billion dollars went into startups based in Greece, reaching 386 million dollars annually in 2020, up 39 times compared to 2010.

Companies that have made Greek startup acquisitions include Samsung, Google, Microsoft, Facebook, Cloudflare, Amazon, IBM and Apple, among others.