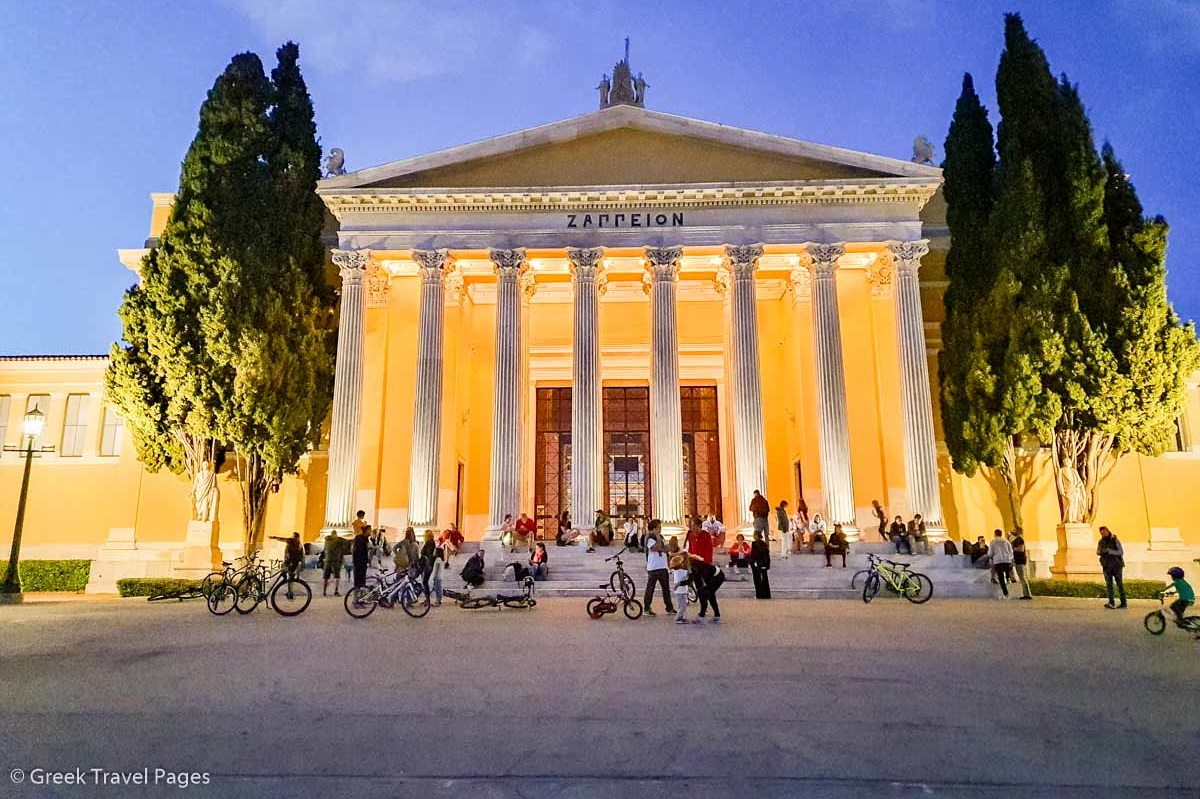 Greece moved up a list of best places to be in during Covid-19 times, according to Bloomberg’s Covid Resilience Ranking published recently.

More specifically, Greece moved up 11 spots in the Bloomberg rating for February garnering an overall rating of 55.7 and entering the top 20 in 20th spot for the first time.

Bloomberg’s montly Covid Resilience Ranking captures a snapshot of where the pandemic is being handled most effectively with the least social and economic disruption.

According to the ranking, Greece climbed 11 places with its case-fatality rate down 4.4 percentage points to 2.3 percent from the previous month. Indicatively, the country reported 296 cases per 100,000 residents in the last month, a mortality rate of 2.3 percent, 609 deaths per 1,000,000 inhabitants, 3.2 percent positivity index, 231 percent access to Covid-10 vaccines, and 7.11 administered doses per 100 inhabitants.

For a fourth consecutive month, the best place to be in during the coronavirus pandemic is New Zealand with 77.2 points after closing its borders, four vaccine deals, and near-elimination of the virus locally. 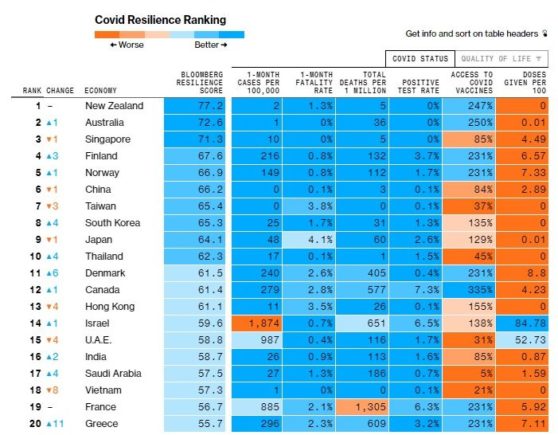 World Health Organization (WHO) Director-General Tedros Adhanom Ghebreyesus has described the domination of vaccine supply by richer countries as a “catastrophic moral failure” which will likely prevent poorer nations from moving up the ranks in the coming months.

Besides Greece, other countries that moved up the ranking were Australia into second place; Austria, Sweden and Romania jump 14, 14 and 10 rungs, respectively after flattening winter infection curves; and Colombia up eight spots as cases and positive testing rates both fall.