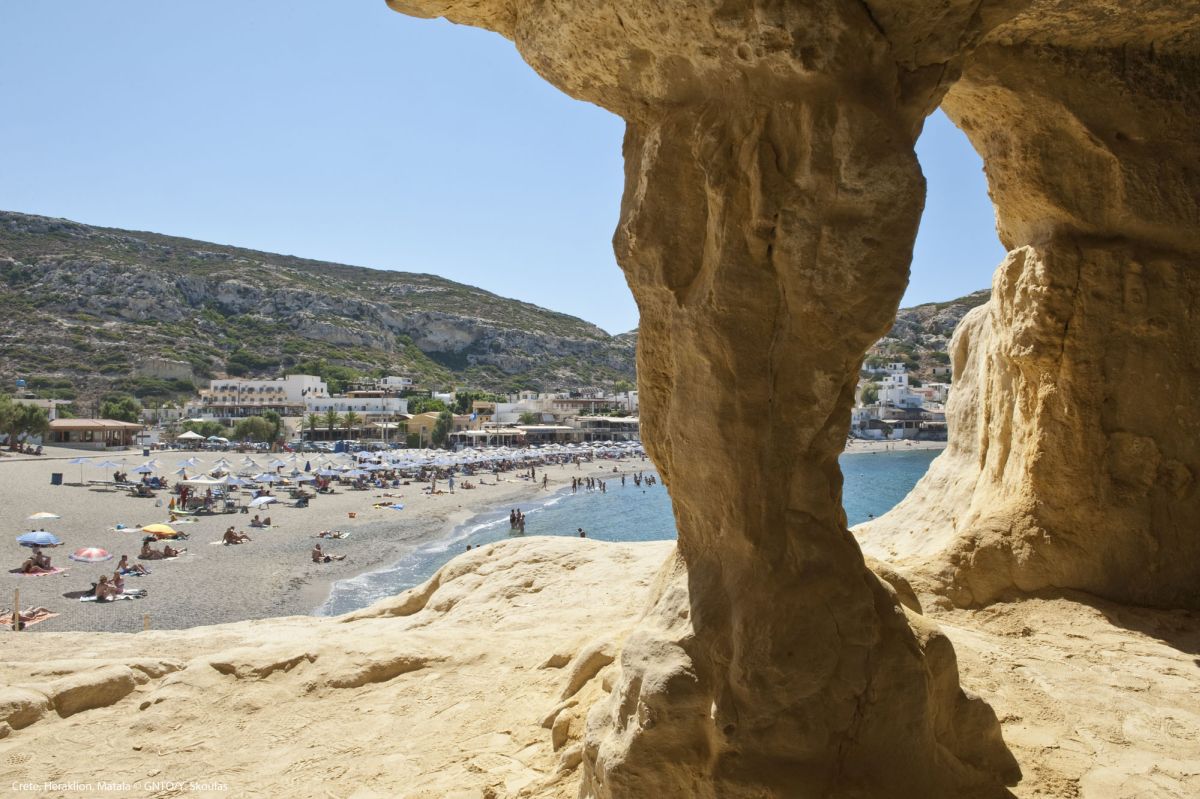 The island of Crete in Greece is among the current “front runner” destinations for summer 2021 flight bookings, UK low-cost carrier easyJet said on Monday.

The airline said UK bookings surged within hours of UK Prime Minister Boris Johnson’s address to the nation in which he set out his roadmap for travel.

“The Prime Minister’s address has provided a much-needed boost in confidence for so many of our customers in the UK with demand for flights up 337 percent and holidays up 630 percent already compared to last week and beach destinations proving most popular for this summer,” easyJet CEO Johan Lundgren said.

According to the airline, beach resorts are among top destinations for travel in August, followed by July and September proving most popular, suggesting that Brits are keen to book a summer beach break to look forward to this year.

easyJet said the current front runners for summer season flight bookings are Malaga, Alicante and Palma in Spain, Faro in Portugal and the Greek island of Crete.

Moreover, according to a survey, conducted last month of over 5,000 consumers across Europe, almost two-thirds (65 percent) were planning to or had already booked a flight in 2021.

easyJet said the pent-up demand seen among Brits was even stronger with 68 percent of UK consumers actively looking to travel in 2021.

“easyJet’s existing customers are even more likely to travel this coming year, with almost three quarters planning a trip,” the airline said.

With the majority of consumers stating they like to travel a lot (82 percent), the survey also revealed that travel still remains a priority for many and of those who had already made a booking for 2021 (14 percent) over half (56 percent) said they intended to book again this year, showing a strong appetite to make up for lost time.

Earlier this month the airline put 15 new international and domestic summer routes on sale from the UK and also launched new domestic routes for those seeking a “staycation”.

GNTO Aims to Give Greek Gastronomy the Attention it Deserves