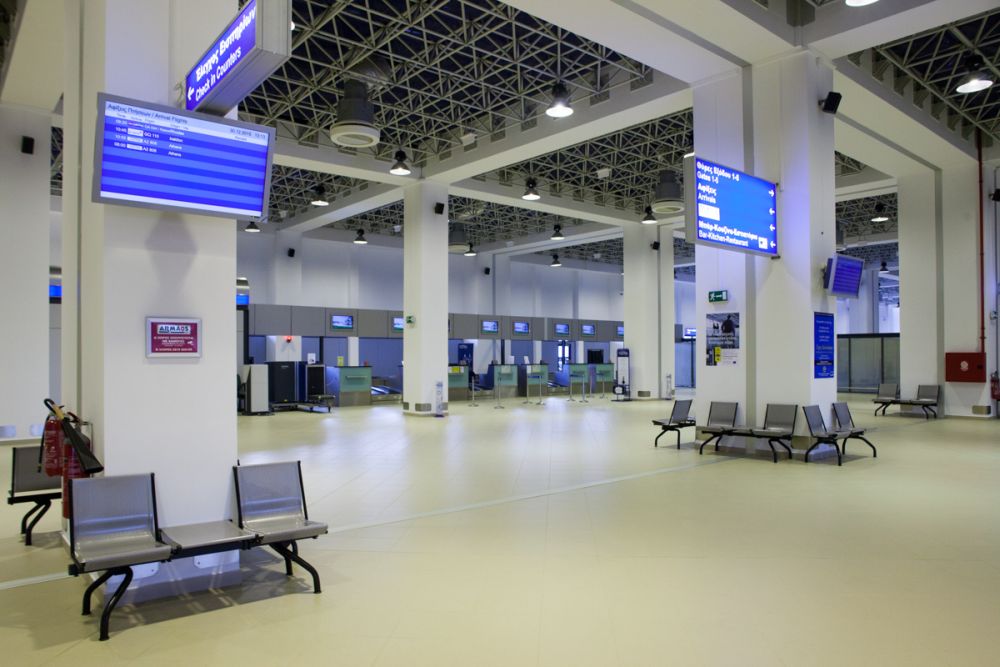 Airports in Greece were among those hit hardest by Covid-19 restrictions in 2020, according to European industry trade association ACI Europe which found that Europe’s passenger traffic last year was down by 1.72 billion passengers falling back to 1995 levels. 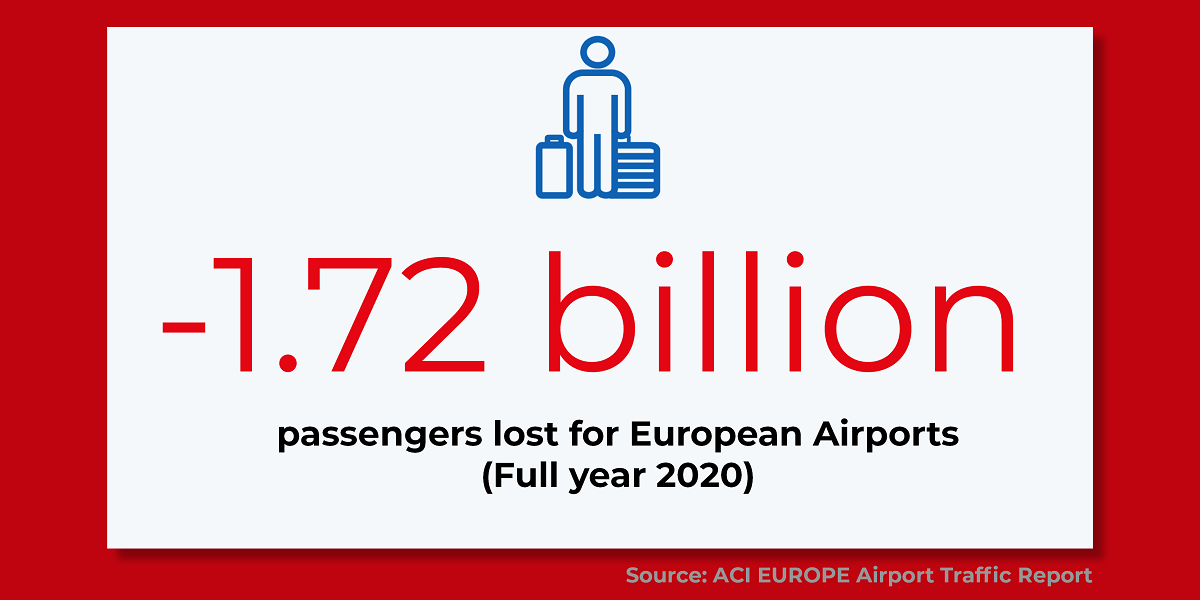 “With just 728 million passengers in 2020 compared to 2.4 billion passengers in the previous year, Europe’s airports were back to their traffic levels of 1995. No industry can on its own withstand such a shock,” said Olivier Jankovec, director general ACI Europe.

Jankovec stressed that “helping out airports is essential to rebuild air connectivity and effectively support local and regional communities and tourism”.

According to the ACI report, EU airports were “significantly more impacted” than those in the non-EU area, which lost 400 million passengers marking a  61.9 percent drop. 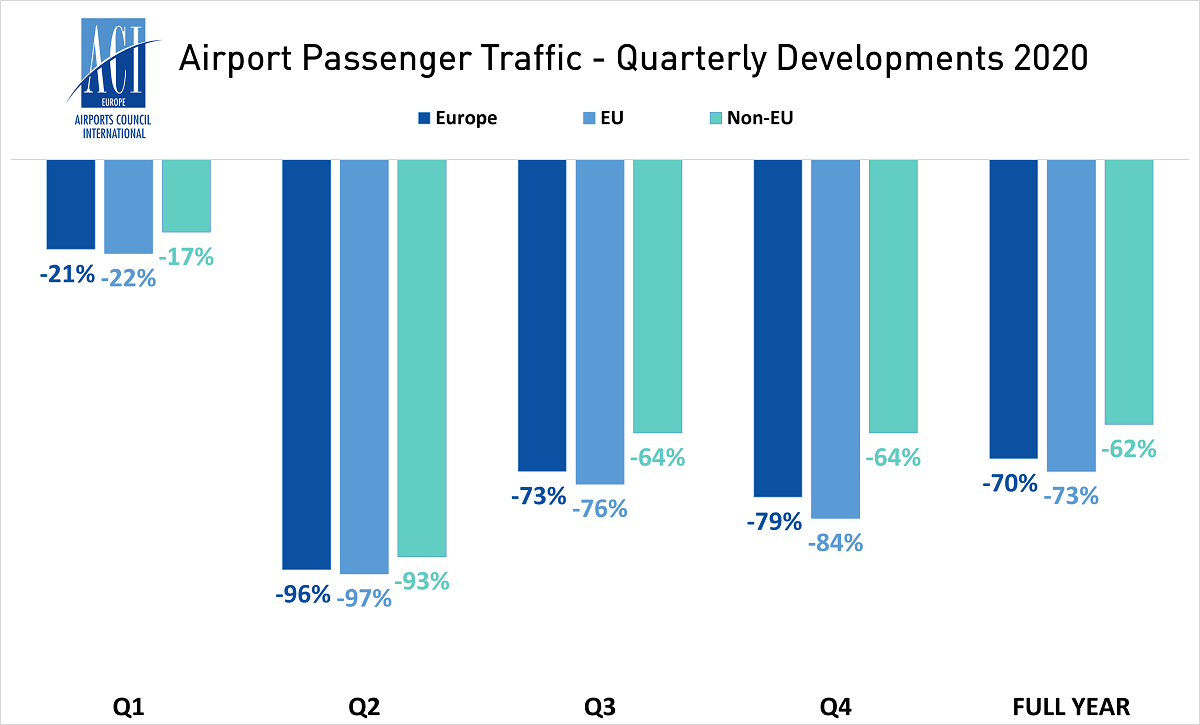 Non-EU airports also outperformed those in the EU in terms of international passenger traffic, which was down by 78.2 percent for non-EU facilities compared to 86.6 percent for EU airports.

The report adds that the size of domestic markets and the extent of lockdowns and travel restrictions were also reflected in passenger traffic losses in the EU.

Indicatively, in Q4 airports in Bulgaria saw traffic plunge by 69 percent, France by 78.1 percent, Greece by 72.1 percent, and Portugal by 77.2 percent.

Outside the EU, Russia and Turkey airports proved to be the most resilient in Q4, down by 44.2 percent and 60.7 percent, respectively.

Most impacted were airports in Iceland down by 96.2 percent and Georgia by 94.8 percent. 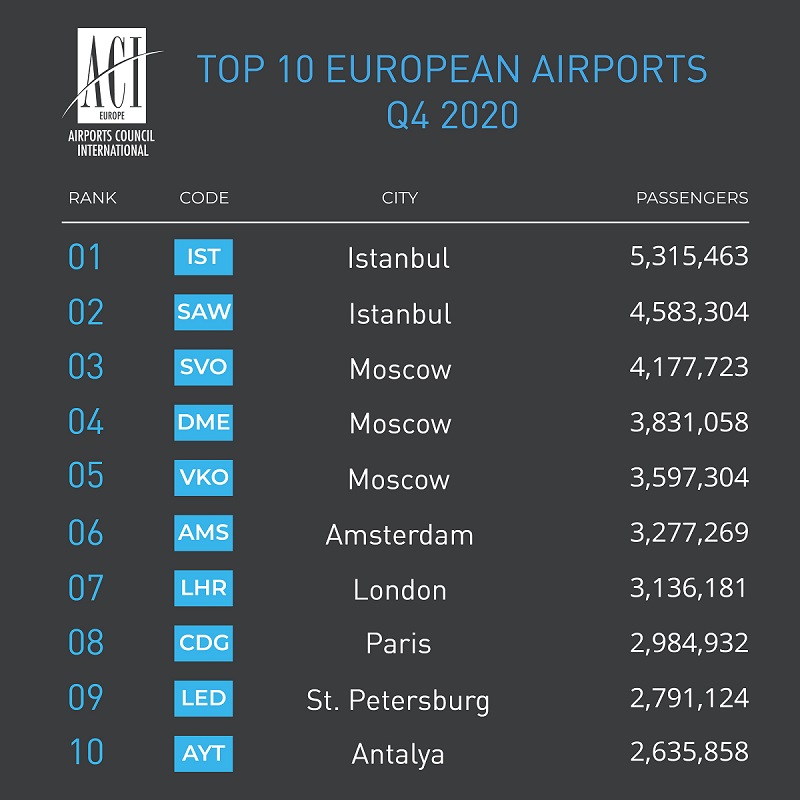 Freight traffic at Europe’s airports fell by 11.8 percent in 2020 compared to the previous year, with volume increases registered only by Liège (23 percent), Leipzig-Halle (12 percent), Luxembourg (6 percent) and Koln-Bonn (5 percent).

Lastly, aircraft movement across the European airport network fell by 58.6 percent in 2020 compared to the previous year.