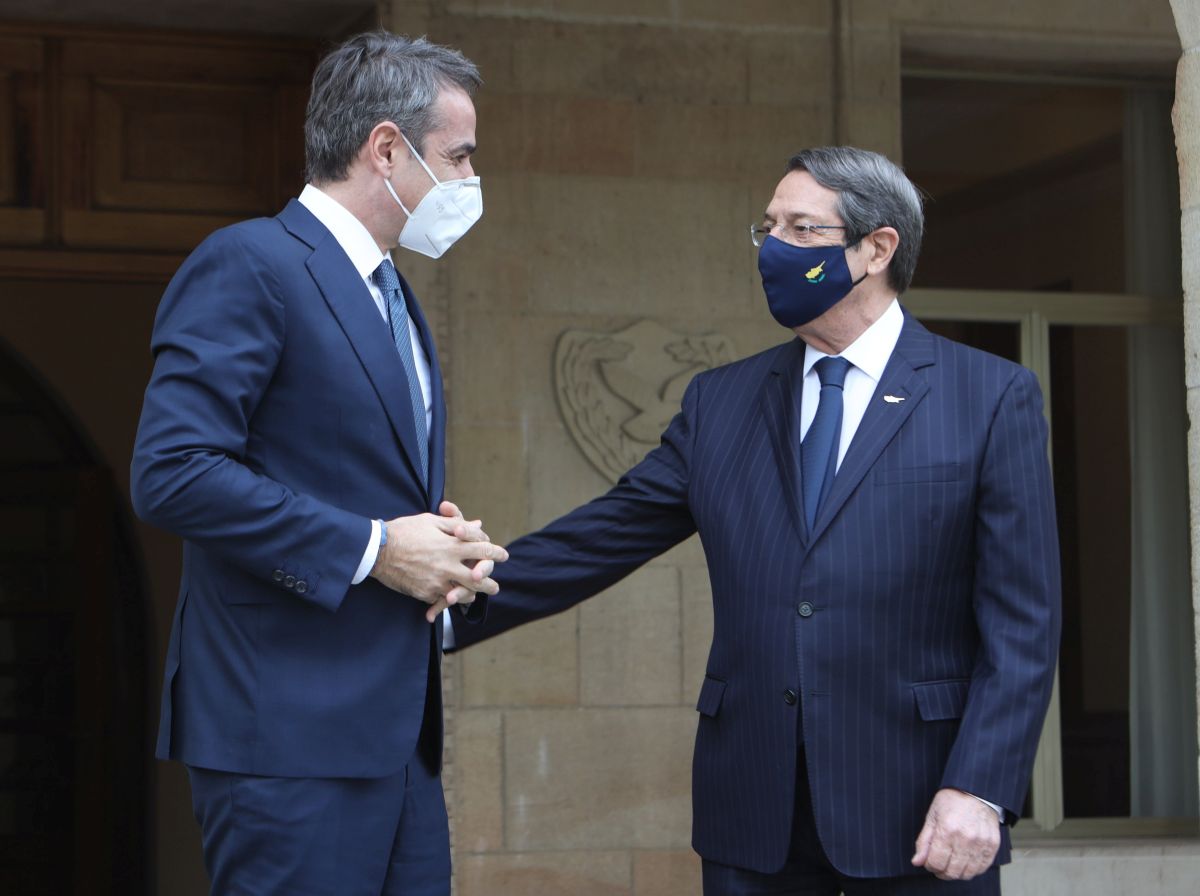 Closer coordination and the introduction of a vaccination certificate that will facilitate safe travel were included on the agenda of talks in Nicosia on Monday between Greek Prime Minister Kyriakos Mitsotakis and Cyprus President Nicos Anastasiades.

On an official visit to Cyprus, Mitsotakis and Anastadiades discussed ways to simplify travel for Europeans wishing to visit both Greece and Cyprus this summer.

Mitsotakis said he had tabled the proposal with the European Commission and was hoping for an agreement on a standard and easy procedure “in order to facilitate in this way the return to basic normalcy in terms of tourism in the summer on which both Cyprus and Greece are very dependent”.

The Greek PM said Greece and Cyprus had managed to address the pandemic “much better than other European countries”, adding that accelerating and ensuring the widest possible vaccination was crucial to recovering tourism.

“Our two countries are dependent on summer tourism and it is good in this context to be coordinated so as to enable travelers, under the conditions that we will set, to visit Greece and Cyprus in the summer, which is very important for the economies of both our two countries,” he said. 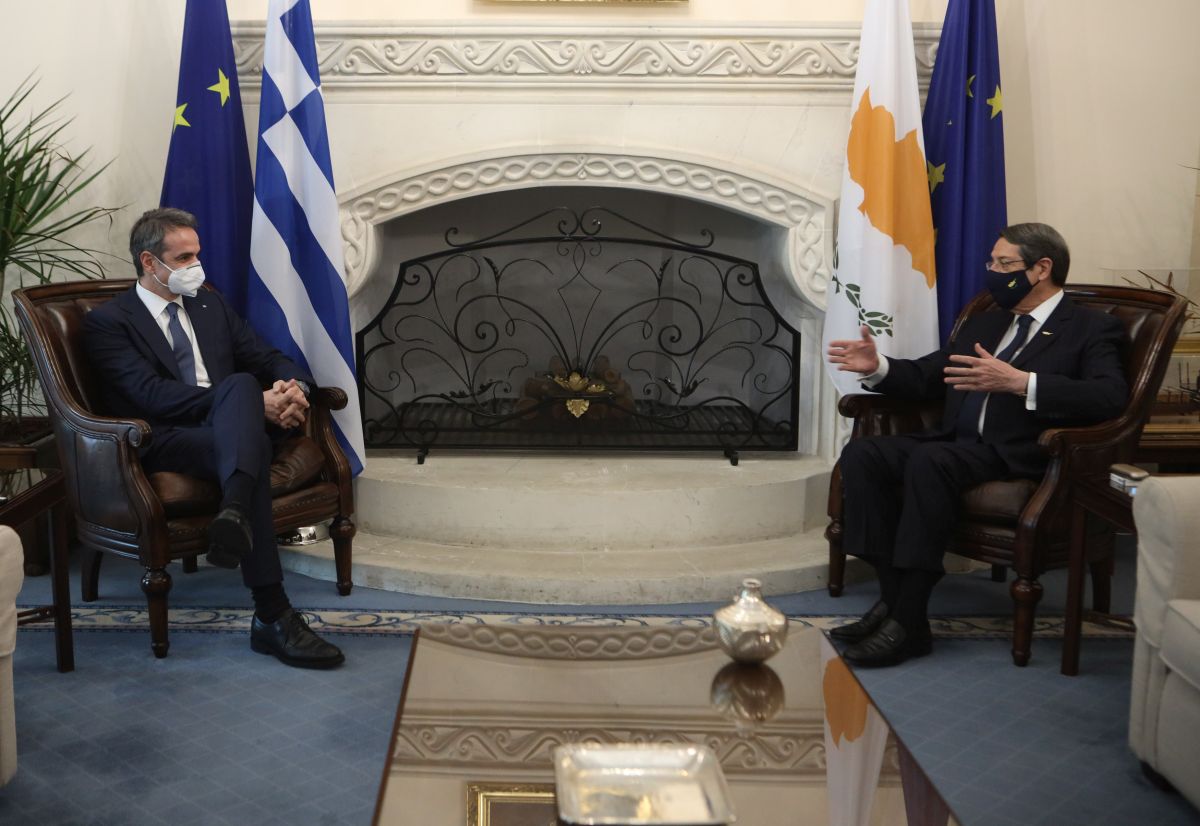 Greece and Cyprus will further examine Covid-19 response and vaccination during an emergency meeting on February 25-26.

Besides cooperation in tourism, the two leaders also discussed actions being taken to reach a viable solution that would end the Turkish occupation of a part of the island nation as well as hostilities by Turkey.

“The only viable solution is a bizonal, bicommunal federation with political equality,” Mitsotakis said in response to a two-state solution proposed by Turkey which violates United Nations resolutions and has been rejected by the UN and the EU.

“A resumption of meaningful talks can only be understood within the existing framework,” he said. 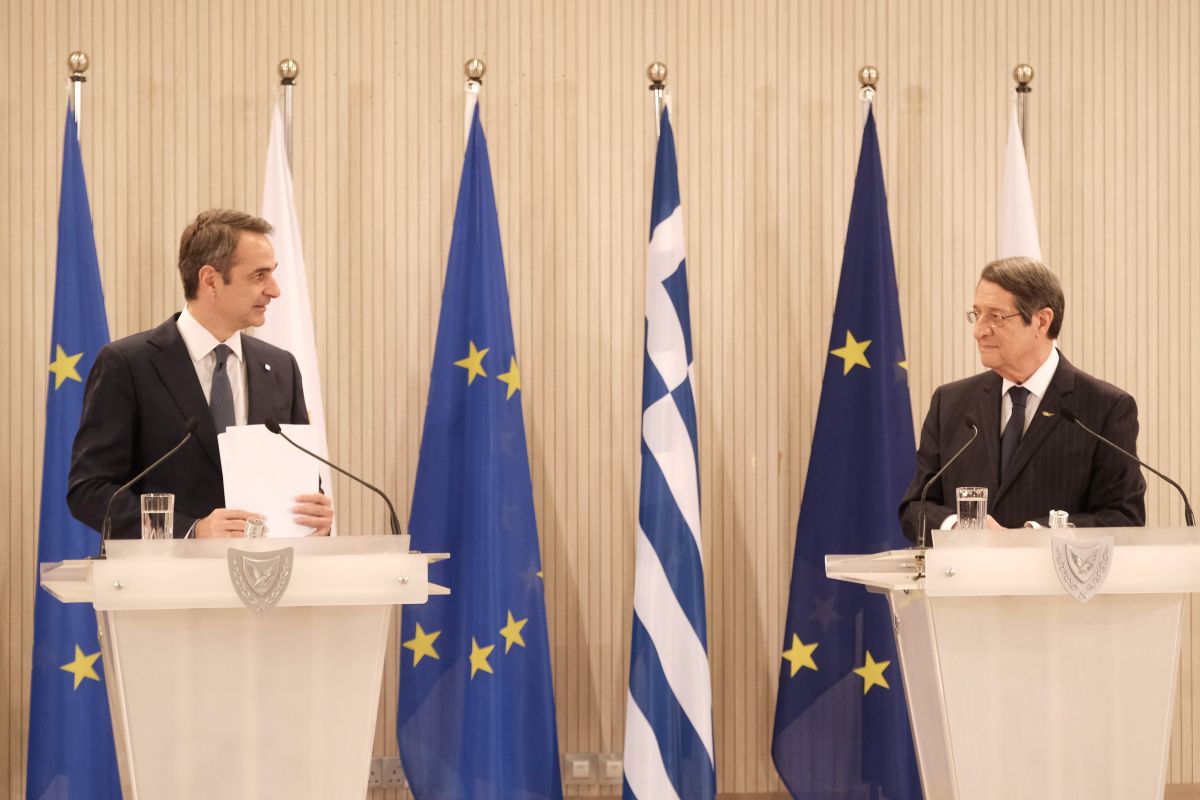 It should be reminded the Cyprus has been illegally occupied since 1974 by Turkish armed forces. The entity governing the occupied Cypriot territory is not officially recognized by any international body other than Turkey.

The subject will be on the agenda of an informal five-party summit scheduled to take place in the US under the auspices of United Nations Secretary-General Antonio Guterres next month with Greece’s participation.

“We will have the opportunity to analyze in detail all the things that could, with our determination, occur during the unofficial conference that, as it appears, the UN secretary general is ready to call. Also we will review the conditions in the wider region, as well as the next EU Summit, so that we can face them together but also cooperate for the best possible outcome, not only for Greece and Cyprus but also for the wider region and the EU,” said Anastasiades.