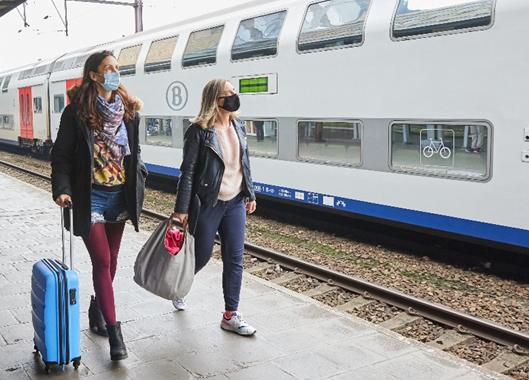 Anticipating a third wave of Covid-19 and in view of a new strain of the deadly virus which has led to a spike in cases in Germany and the UK, EU leaders proposed on Thursday, the designation as “dark red” of virus hot spots from which travel would be discouraged.

The proposal was tabled during a EU leaders teleconference this week which focused on the bloc’s Covid-19 response.

Speaking during a joint press conference with European Council President Charles Michel, von der Leyen called on countries to keep their borders open in order to ensure the functioning of the single market.

Germany warned earlier this week that it may need to consider border crossing curbs if other European countries do not act to halt the spread of the virus.

“We can do anything we like, but we will not succeed if others are not working in parallel,” said German Chancellor Angela Merkel. “We need to make sure that everyone around us is doing the same. Otherwise we have to look at measures such as entry restrictions.” 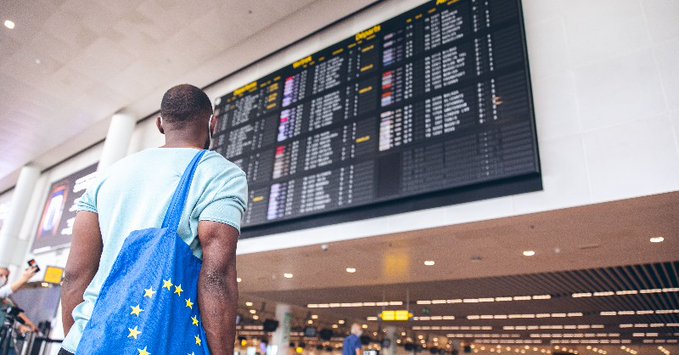 In view of the rising number of coronavirus cases, von der Leyen said the Commission would add a new “dark red” category to its traffic light system of risk for regions where the virus was found to be circulating at a very high rate.

“Persons travelling from dark red areas could be required to do a test before departure, as well as to undergo quarantine after arrival,” she said, adding all non-essential travel should be “strongly discouraged” from these areas.

Germany tightened measures further this week updating its regulations for foreign travel and extending lockdown measures, including keeping schools closed to February 14. It also ruled that medical masks and not cotton ones, would be made mandatory on public transportation and in stores.

Also discussed during the meeting were ways to ensure vaccinations are purchased and distributed at a faster pace.

Lastly, member states said the issue of common standards for vaccination certificates to be used for travel would be discussed at a later point in time.

ETC: 52% of Europeans Plan to Travel in Next Six Months