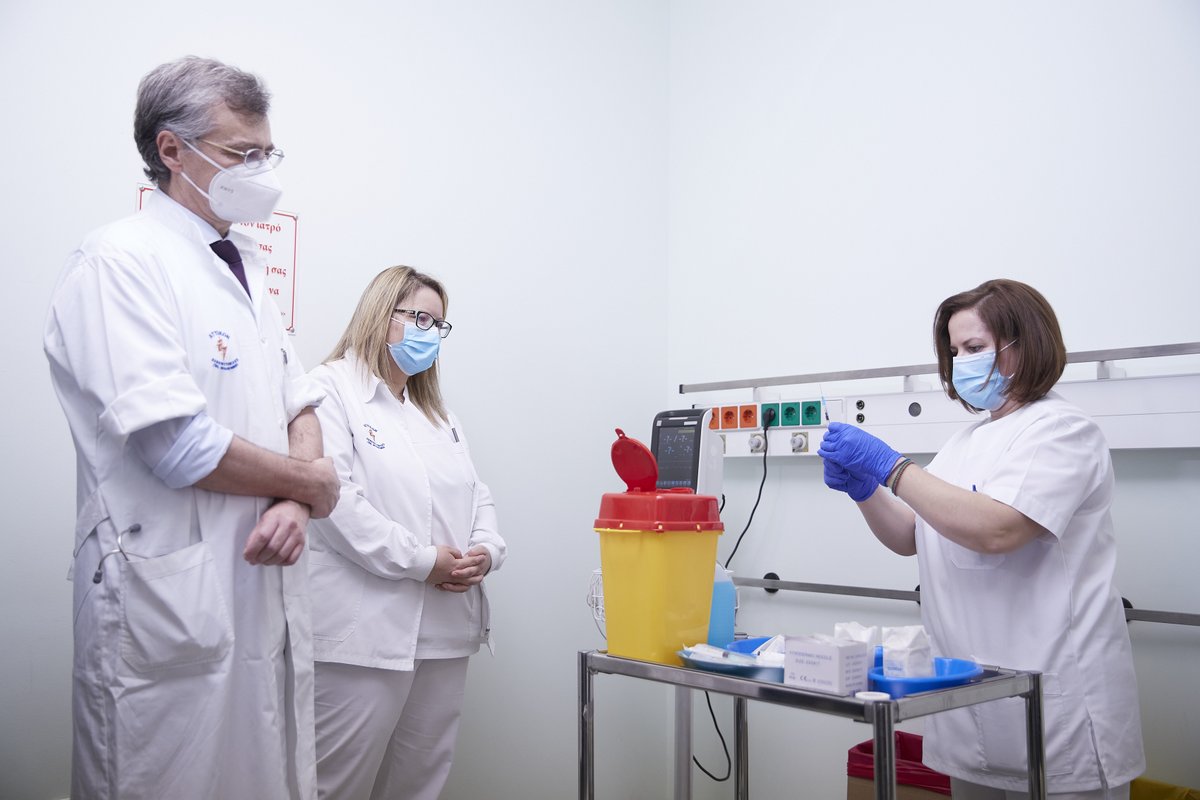 Greece’s first vaccinations against the coronavirus (Covid-19) were performed in reference hospitals of Attica on Sunday, in accordance with the Greek government’s vaccination operation dubbed “Eleftheria”.

The country’s vaccinations were in line with the EU Vaccination Days, which sees the first Europeans being vaccinated on the same days (December 27, 28 and 29).

European Commission President Ursula von der Leyen on Sunday tweeted: “Today the first Europeans are getting vaccinated against COVID-19. I’m touched to see people taking the vaccine everywhere across the EU. From Madrid to Paris, Athens to Riga. First we protect the more vulnerable. Soon we’ll have enough doses for all of us.”

First to be vaccinated in Greece 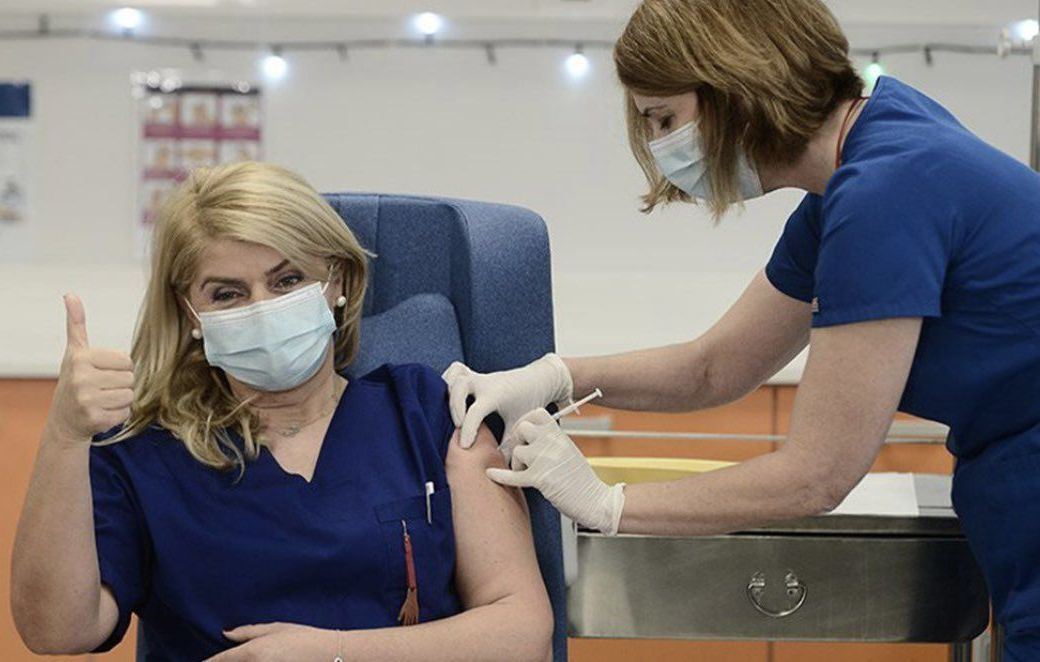 The first recipient in Greece to be vaccinated with the EU-approved Pfizer-BioNTech Covid-19 vaccine was the nursing supervisor of the ICU ward in the Evangelismos hospital in Athens, Efstathia Kampisiouli. She was followed by Michalis Giovanidis, an 88-year-old nursing home resident, at the same hospital.

President of the Hellenic Republic 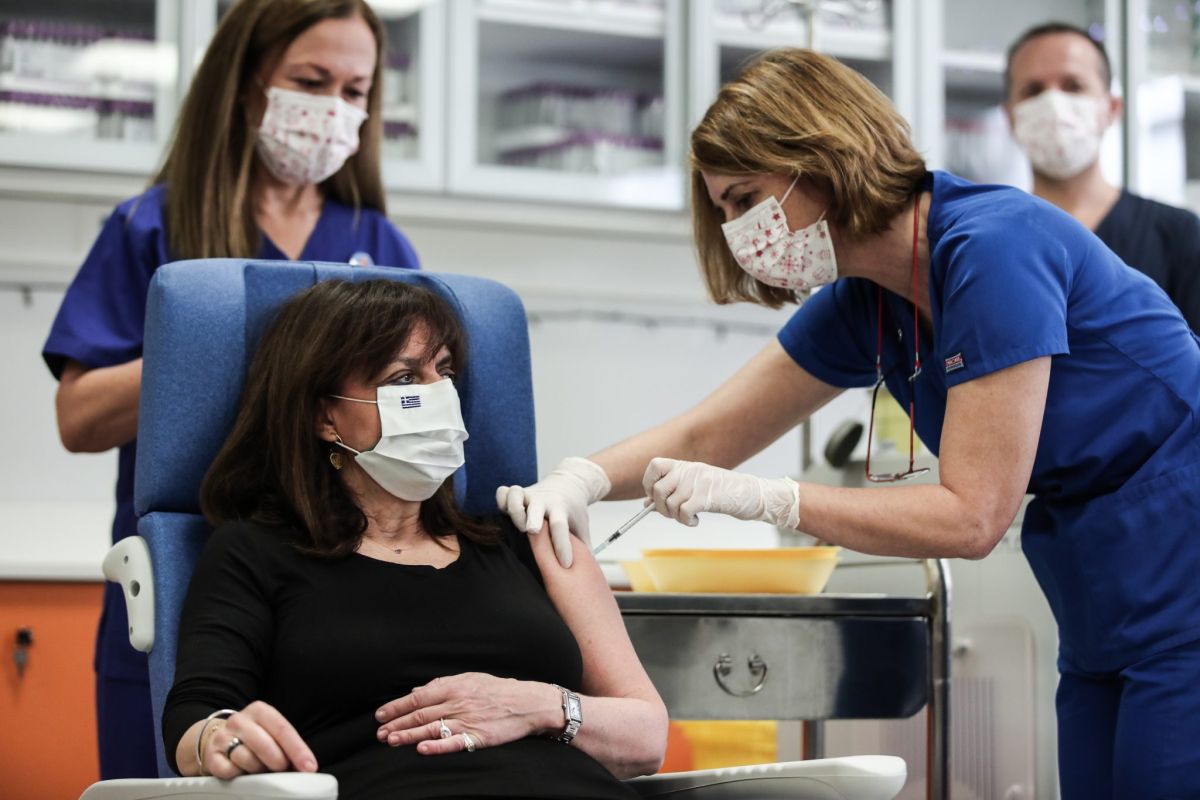 The president of the Hellenic Republic Katerina Sakellaropoulou was the third person in Greece to receive the jab.

“Science gave us the biggest gift this Christmas,” Sakellaropoulou said after her vaccination on Sunday afternoon at the Evangelismos hospital.

She underlined that the European Union, which managed to distribute the first batches of vaccine to all member states so that vaccination could begin, has proved to be a community of solidarity.

Shipment of the new Pfizer/BioNTech Covid-19 vaccine to countries of the European Union began on Thursday, December 24. 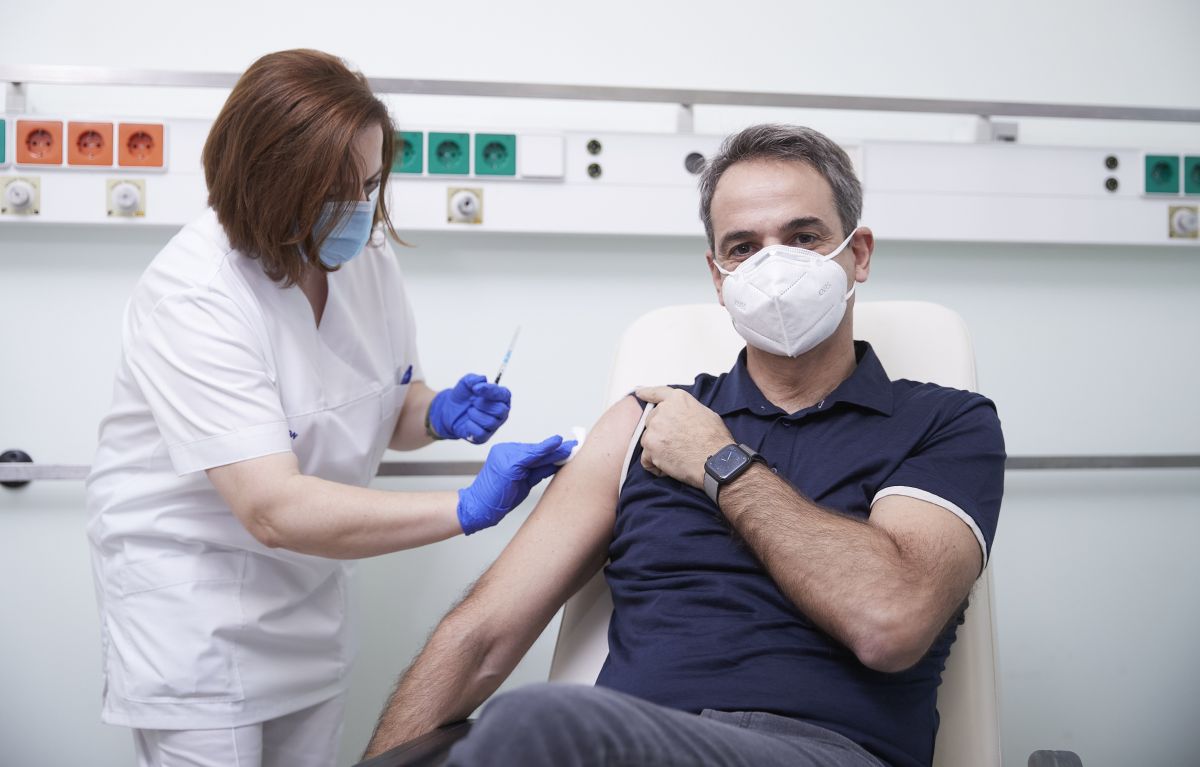 Fourth on the list of the first vaccinations in Greece was Greek Prime Minister Kyriakos Mitsotakis. He was vaccinated at Attikon hospital, in western Athens.

Mitsotakis underlined that the state and political leaders were among the first to be vaccinated to demonstrate the country’s faith in the vaccine and show that it is safe and effective.

“In the coming months, our goal is to vaccinate the vast majority of Greeks. And I believe that as the vaccination progresses and we see that the vaccine is completely safe but also effective, those of our fellow citizens who today, may face the prospect of vaccination with suspicion, will be convinced that this is the right thing to do. The vaccine is the only way we can finally end the COVID adventure. It’s the only way to regain control of our lives,” the Greek PM said. 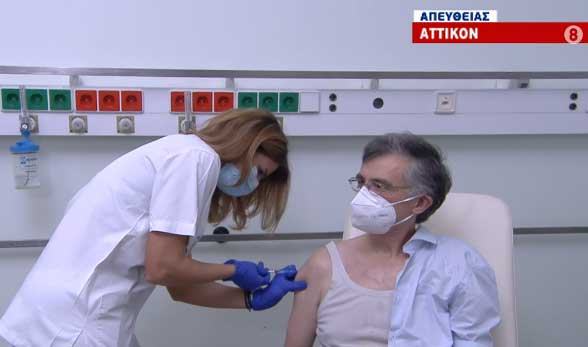 Fifth in line to get vaccinated was Professior Sotiris Tsiodras, epidemiologist and head of the Greek government’s Covid-19 health committee, also at Attikon hospital.

“Finally the moment we have all been waiting for has come. This is a historic moment for our country,” Tsiodras said, adding that following his vaccination, the medical staff of Attikon hospital and of the other hospitals begins. 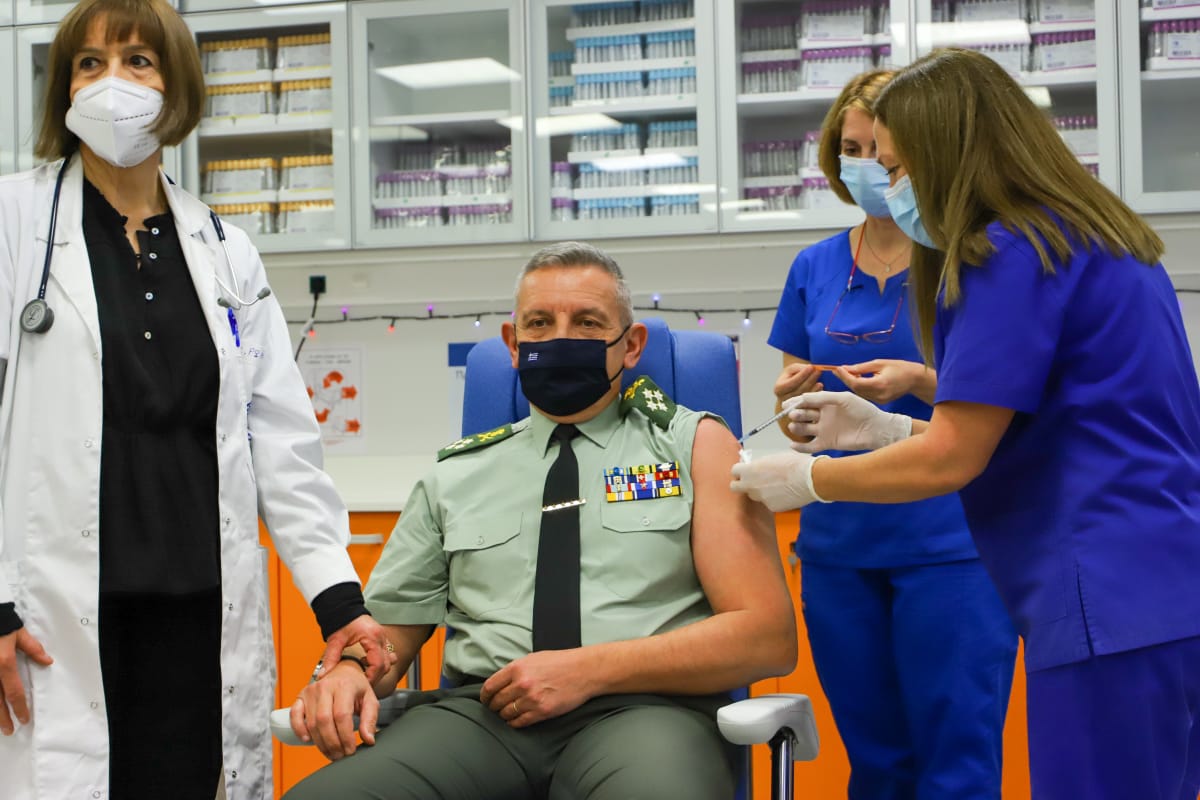 Greek health workers were also vaccinated on Sunday. “The people who were at the forefront of the fight against COVID, we owe them so much and above all they must be the first to be vaccinated, not only to set the example, but to be safe themselves to be able to to perform their great task,” Greek PM Mitsotakis said.

The vaccine for the coronavirus is expected to be available to Greece’s general population in mid-January.

The Greek Health Ministry is planning a national vaccination campaign for Greece with a message and print materials. The campaign’s design will be funded by the Onassis Foundation.

Greek health authorities on Sunday announced 342 new coronavirus cases and 53 deaths. Since the start of the pandemic, the total number of cases in the country has reached 135,456. The Covid-19 death toll in Greece is 4,606.