UNWTO: Plunge in 2020 Arrivals Drives Tourism Back to 1990 Levels 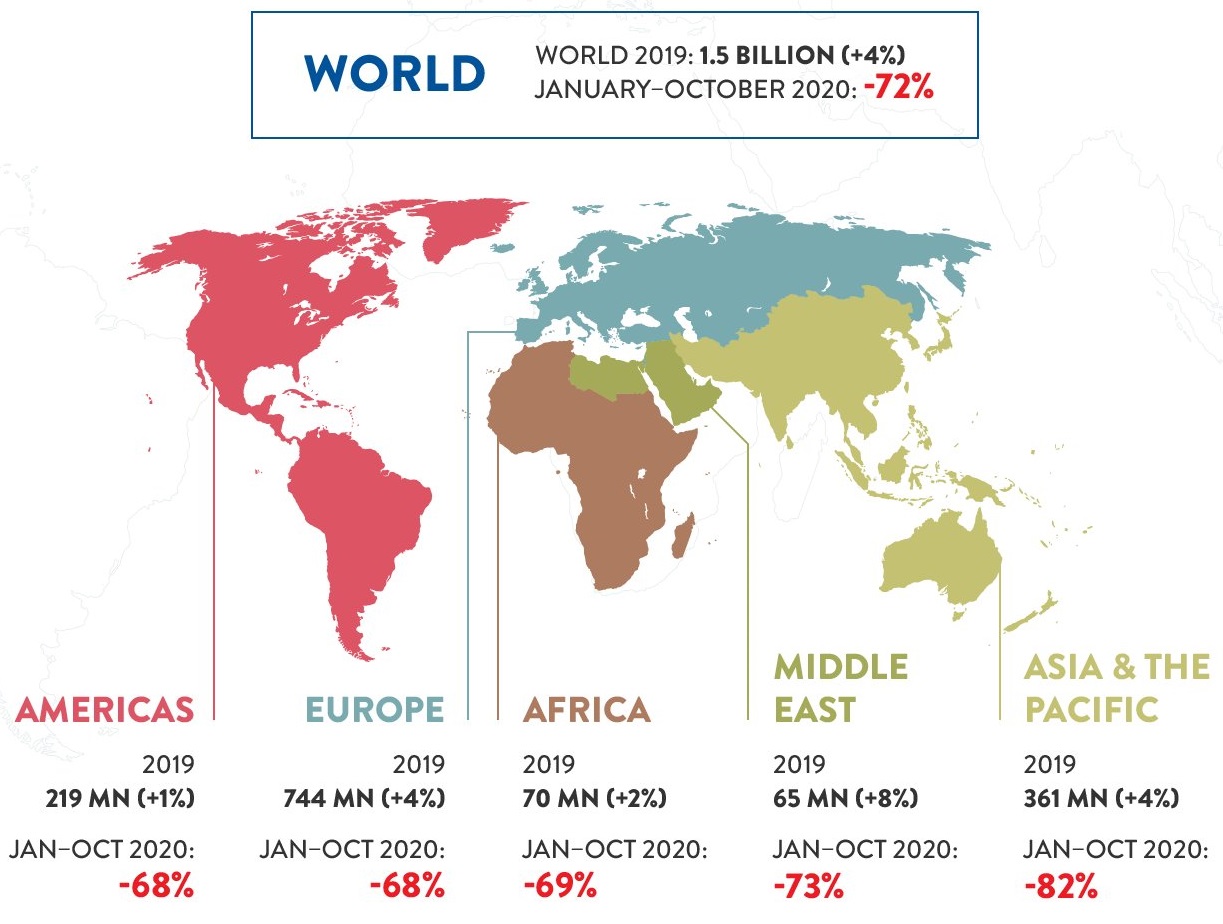 The year 2020 will go down in history as the worst year on record for the tourism sector with the World Tourism Organization (UNWTO) expecting international arrivals hit by Covid-19 restrictions to plummet by 70 to 75 percent.

Based on this forecast, global tourism will have returned to levels recorded 30 years ago, down by 1 billion arrivals and hit with some 1.1 trillion dollars in international tourism receipt losses.

The UNWTO expects a strong rebound in 2021 but notes that return to 2019 levels in terms of international arrivals would take two-and-half to four years.

More specifically, international arrivals fell by 72 percent over the first 10 months of 2020, with restrictions on travel, low consumer confidence and a global efforts to contain the deadly virus, all contributing to the worst year on record in the history of tourism. This drop in tourism could result in an economic loss of 2 trillion dollars in world GDP, said the UNWTO. 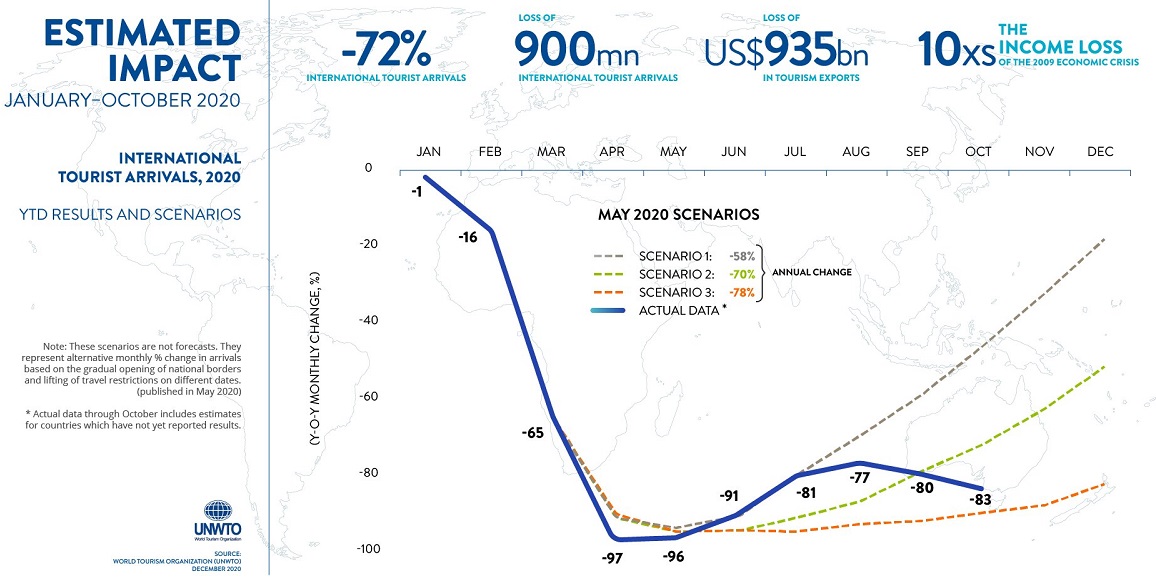 According to recent findings, global destinations welcomed 900 million fewer international tourists between January and October compared to the same period a year ago translating into a loss of 935 billion dollars in export revenues from international tourism, more than 10 times the loss in 2009 under the impact of the global economic crisis.

“Even as the news of a vaccine boosts traveler confidence, there is still a long road to recovery. We thus need to step up our efforts to safely open borders while supporting tourism jobs and businesses. It is ever clearer that tourism is one of the most affected sectors by this unprecedented crisis,” said UNWTO Secretary-General Zurab Pololikashvili.

Asia – Pacific was the first region to suffer the impact of the pandemic marking an 82 percent decline in the number of arrivals in the first 10 months of 2020. The Middle East followed with a 73 percent drop, then Africa (69 percent), Europe and the Americas (68 percent).

Europe recorded smaller decreases of 72 percent and 76 percent in September and October compared to other world regions, following a short-lived recovery in the summer peak months of July and August. According to the report, 91 percent (as of 1 November 2020) of destinations in Europe have eased travel restrictions compared to other regions. 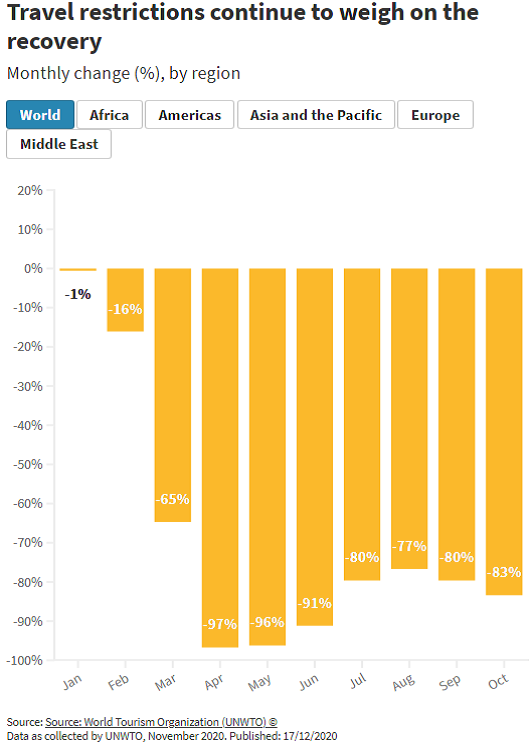 “A coordinated approach to easing and lifting restrictions on travel whenever is it safe to do so l is essential. This will not only open destinations up to tourism again, but clear and consistent rules between countries will go a long way towards building back trust in international travel and boosting consumer confidence,” Pololikashvili adds.

Looking ahead, the UNWTO expects the announcement of a vaccine and the start of vaccination combined with a growing number of destinations easing or lifting restrictions on travel to gradually increase consumer confidence.

Indicatively, according to the latest UNWTO data, the proportion of closed destinations dropped from 82 percent in late April 2020 to 18 percent in early November.