November passenger traffic all but halted at Greece’s major airports impacted by the ongoing containment measures aimed at curbing the spread of Covid-19.

More specifically, Athens International Airport (AIA) announced that its passenger traffic in November was down by 84.2 percent compared to 2019 levels to approximately 263 thousand passengers.

Both domestic and international passenger figures nosedived by 80 percent and 86 percent, respectively. 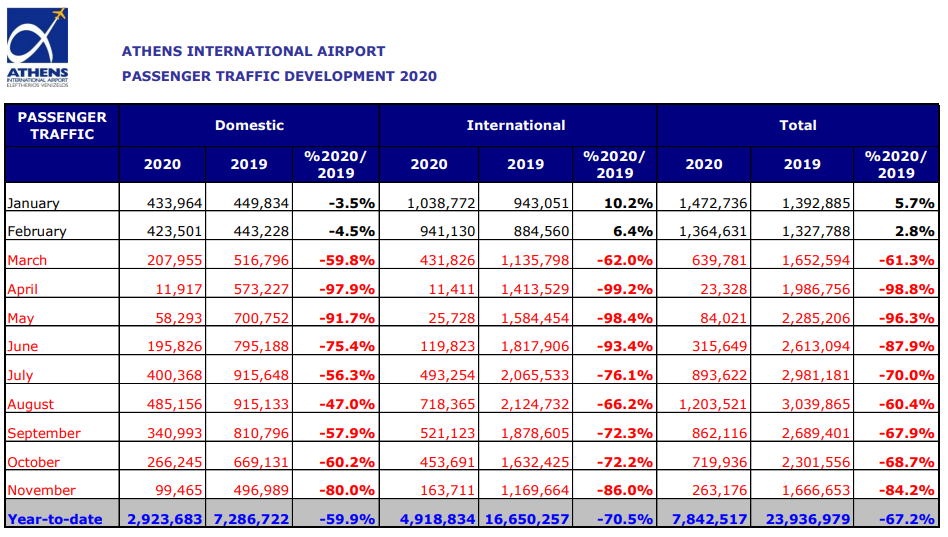 The same slowdown by 84.3 percent was recorded at the 14 regional airports managed by Fraport Greece, namely those of Aktion, Chania, Corfu, Kavala, Kefalonia, Thessaloniki, Zakynthos, Kos, Mytilini, Mykonos, Rhodes, Samos, Santorini, and Skiathos, with the total number of passengers coming to 114,158 in 2020 compared to 727,051 in November 2019.

The majority of arrivals to Greece in the same month were from Germany, the UK and Israel. 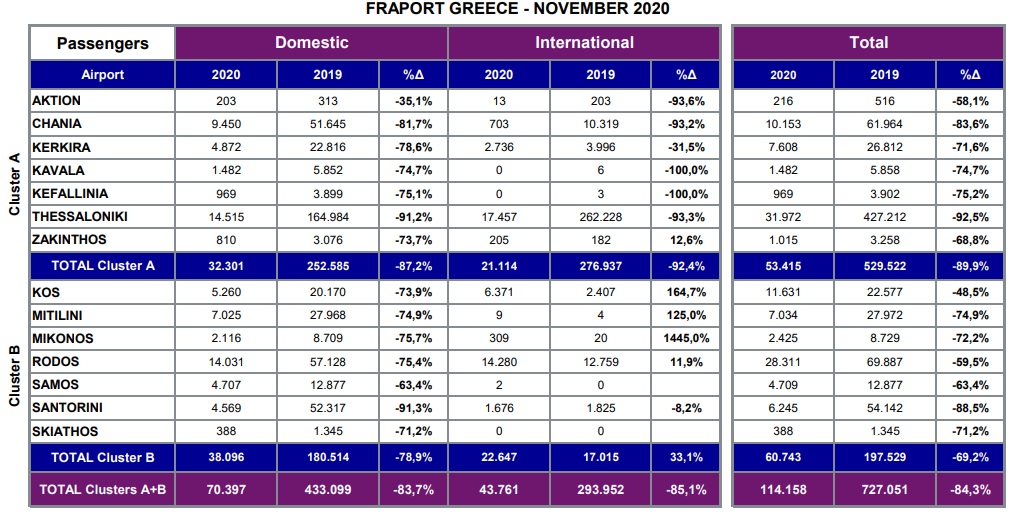 According to Fraport Greece data, overall for the January-November period, passenger traffic through the 14 airports came to 8.5 million, down by 71.1 percent against the corresponding period in 2019, when the number of inbound passengers increased by 29.5 million.

International passenger traffic was particularly hard hit due to the lockdown measures, with nearly 6 million passengers traveling through the country’s 14 regional airports. Domestic traffic came to 2.54 million, down 60.9 percent against 2019 levels.

Skiathos airport recorded the largest decline by 80.1 percent and 88,500 passengers in the January-November period compared to 445,7131 in the corresponding period last year.

Thessaloniki Airport handled the largest number of passengers in the given period at 2,265,301, again down however by 64.9 percent against 2019 levels. 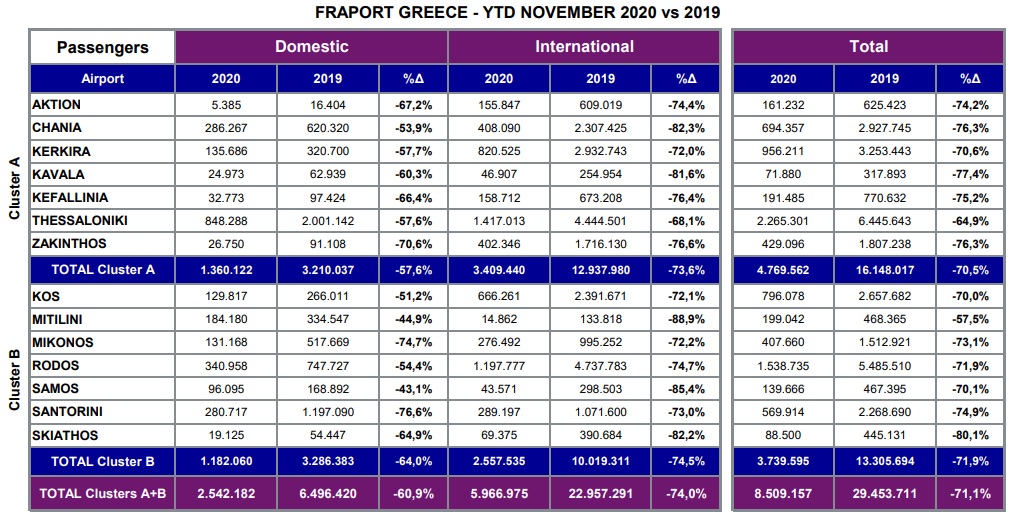 At AIA, Greece’s largest airport, over the January-November period passenger traffic totalled 7.8 million, down by 67.2 percent compared to the same period a year ago. Broken down, the volumes of international and domestic passengers decreased by 70.5 percent and 59.9 percent, respectively.

Greece and Germany Agree to Strengthen Cooperation in Tourism