Covid-19 Impact on Air Transport to be Worse in Europe 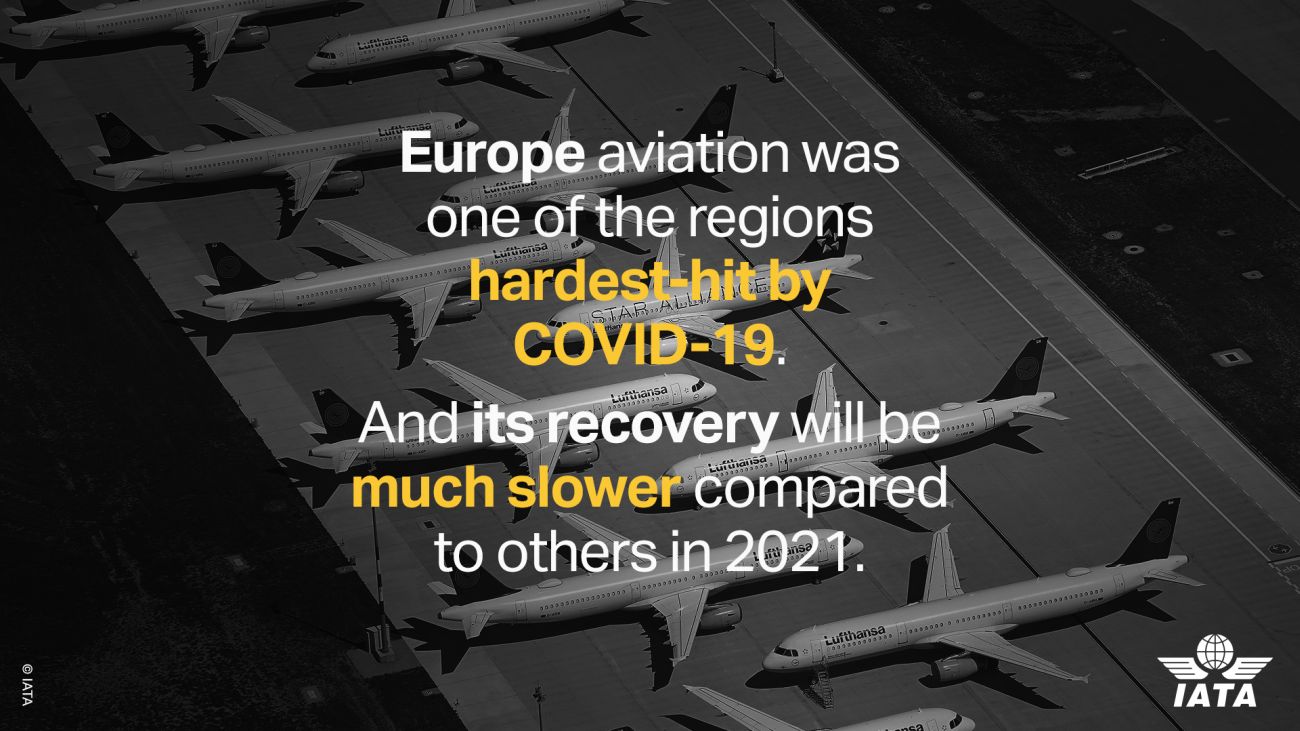 New estimates for the impacts of the coronavirus (Covid-19) pandemic on air transport and economies in Europe in 2020 are indicating a further deterioration in revenues, job prospects and economic activity across the entire continent, according to the International Air Transport Association (IATA).

“Our projections for this year and next are little short of a disaster for European air transport. Border restrictions and quarantine measures have brought demand to a halt and the region has been affected even worse than most other parts of the world,” said Rafael Schvartzman, IATA’s Regional Vice President for Europe.

According to the association’s latest economic forecast, Europe in 2021 is expected to be the worst-hit global region in terms of airline losses (-$11.9 billion) and EBIT margin (-9.5 percent). 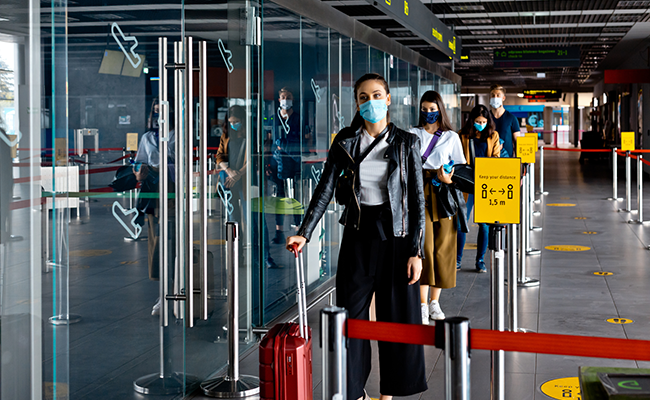 Passenger traffic (measured in revenue passenger km, RPK) is estimated to have fallen 70 percent this year, the worst performance of any region with the exceptions of Africa (-72 percent) and the Middle East (-73 percent). RPK growth next year is expected to be a weak 47.5 percent, trailing the comparable regions of Asia Pacific (50 percent) and North America (60.5 percent).

An in-depth look at the national level impacts reveals that prospects for passenger numbers and industry revenues have declined across the board since the analysis in August.

According to IATA, across Europe as a whole more than seven million jobs have been lost or are at imminent risk due to the Covid-19 shutdown. 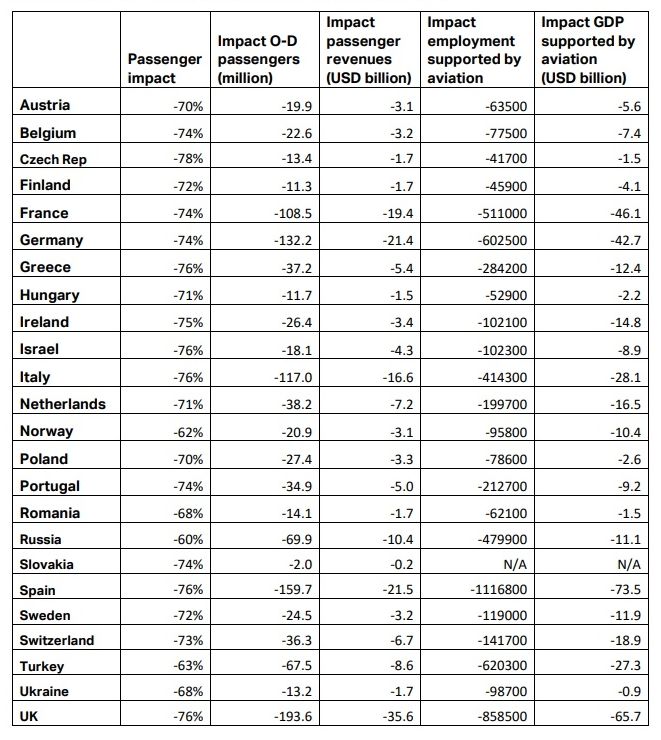 Latest research from IATA shows that the impacts on the European aviation industry and on economies caused by the shutdown of air traffic due to the COVID-19 pandemic have worsened since the previous estimates in August. The table above lists the latest economic impact figures for selected European states. Note: the sum of the passenger and revenue impacts in this table are not additive. They include the impacts from all carriers irrespective of airline registration region.

“There is optimism over a vaccine, but as our forecast for next year shows, this is unlikely to come in time to prevent hundreds of thousands more job losses in the industry unless governments take immediate action,” Schvartzman said, adding that the focus must remain on rapid testing of passengers so that quarantine can be eliminated, and borders safely opened.

Schvartzman underlined that European governments and the European Commission also must quickly agree a revised slot regulation in line with the joint industry recommendations, in order to preserve air routes and competition.

The association’s data showed that the impact of travel restrictions and quarantine on travel demand is clear. Intra-EU bookings are 81 percent down for the period to January 10, 2021 compared to the usual curve. Economic recovery will be hampered by the loss of connectivity that is being felt by European cities, IATA says.