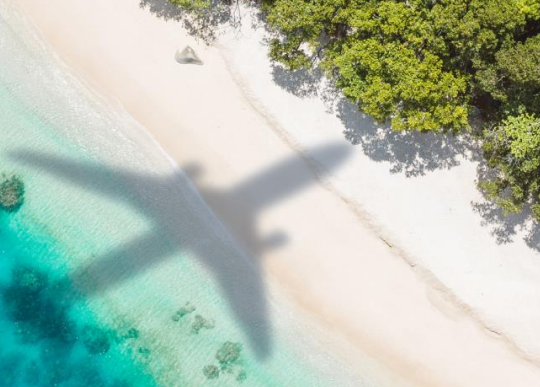 The International Air Transport Association (IATA) recently called on governments worldwide to support the development of Sustainable Aviation Fuel (SAF) as a critical step to cut net emissions to half of the 2005 levels by 2050.

IATA’s target was reinforced by a resolution presented at its recent 76th Annual General Meeting that commits the industry to exploring pathways to zero net emissions.

Referring to an energy transition to SAF as a “game-changer”, IATA Director General and CEO Alexandre de Juniac underlined that energy transitions need government support as the cost of SAF is too high and supplies too limited.

“Putting economic stimulus funds behind the development of a large-scale, competitive SAF market would be a triple win—creating jobs, fighting climate change and sustainably connecting the world,” de Juniac said.

According to IATA, government stimulus packages could help promote SAF through direct investment, loan guarantees and incentives for the private sector. 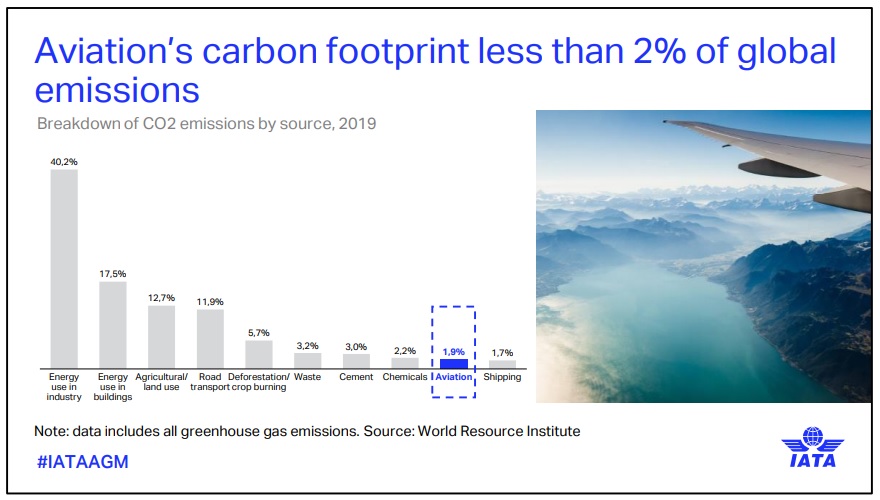 SAF was recently highlighted in the cross-industry report Waypoint 2050 by the Air Transport Action Group (ATAG) as the most important pathway to achieving the aviation industry’s climate goals. ATAG is a coalition of aviation industry experts focusing on sustainable development issues.

The Group’s report also noted the potential for electric and hydrogen powered aircraft in aviation’s climate action but said that commercially applicable solutions are at least a decade away and offer the greatest potential for short-haul aircraft.

Moreover, the report said that long-haul operations are likely to remain dependent on liquid fuels for some time to come.

According to IATA, SAF is the industry’s preferred solution for its unique properties: 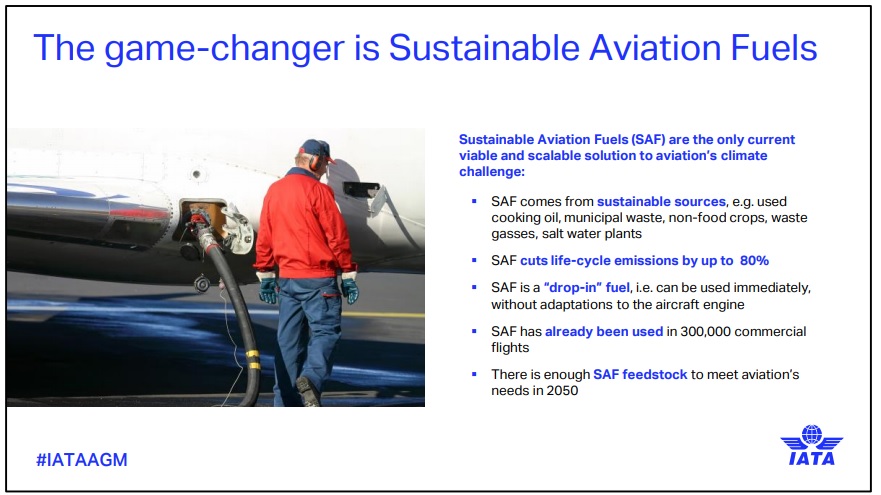 Currently SAF is being produced from waste materials including used cooking oil and non-food crops, with municipal waste and off-gasses likely to be included in feedstock soon.