Schools, shops and restaurants – in that order – are the areas which will resume activity in the first week of December once coronavirus lockdown measures in Greece are lifted, said Greek Government Spokesman Stelios Petsas this week.

Speaking to SKAI television on Wedesday, Petsas said that based on the number of Covid-19 cases after the coming weekend and on the performance of the curve, the government will re-assess its action plan and examine lifting containment measures gradually at first.

The priority is to re-open all educational facilities and get the retail market going on December 1 in areas that have managed to flatten the curve.

Cafeterias and restaurants are to open last, Petsas said, in areas that have a low epidemiological profile, adding that for the time re-opening nightclubs and bars was not being considered due to the crowded conditions in those spaces.

“Restaurants and cafes are planned to open at Christmas with rules and opening hours. Where there is standing and crowding, bars and nightclubs are difficult to open,” he said.

“Yesterday was the first day that the curve appeared to flatten and we hope it will continue today and tomorrow, and if that happens, we expect a rapid drop in cases,” he said. 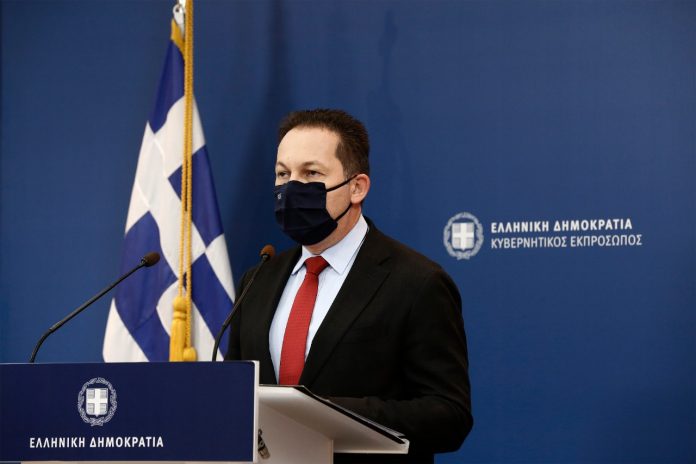 With regard to the effectiveness of the second lockdown, infectious disease expert Haralambos Gogos said it was too early to speak of easing the restrictions.

“We will have a first indication by Monday. There are positive signs since the rate of increase has stopped compared to what it was. The worst with regard to spread appears to have passed. Lockdown [measures] has worked. The difficulty involves hospitalization. There is a lot of pressure,” he told Skai TV.

According to Greek health authorities, Greece currently has a total of 1,203 ICU (intensive care unit) beds, 950 of which are occupied.

Petsas did not rule out the possibility of another lockdown should the need arise. He also said the virus vaccine would be made available by the end of the year and through to 2021 and people will choose to be vaccinated if they wish.

Meanwhile, Development & Investments Minister Adonis Georgiadis recently said professionals and employees, particularly in the retail sector, impacted by the pandemic would be included in a series of new support measures to be announced by Prime Minister Kyriakos Mitsotakis in the coming days.

Greece and Saudi Arabia Agree to Deepen Ties Through Tourism