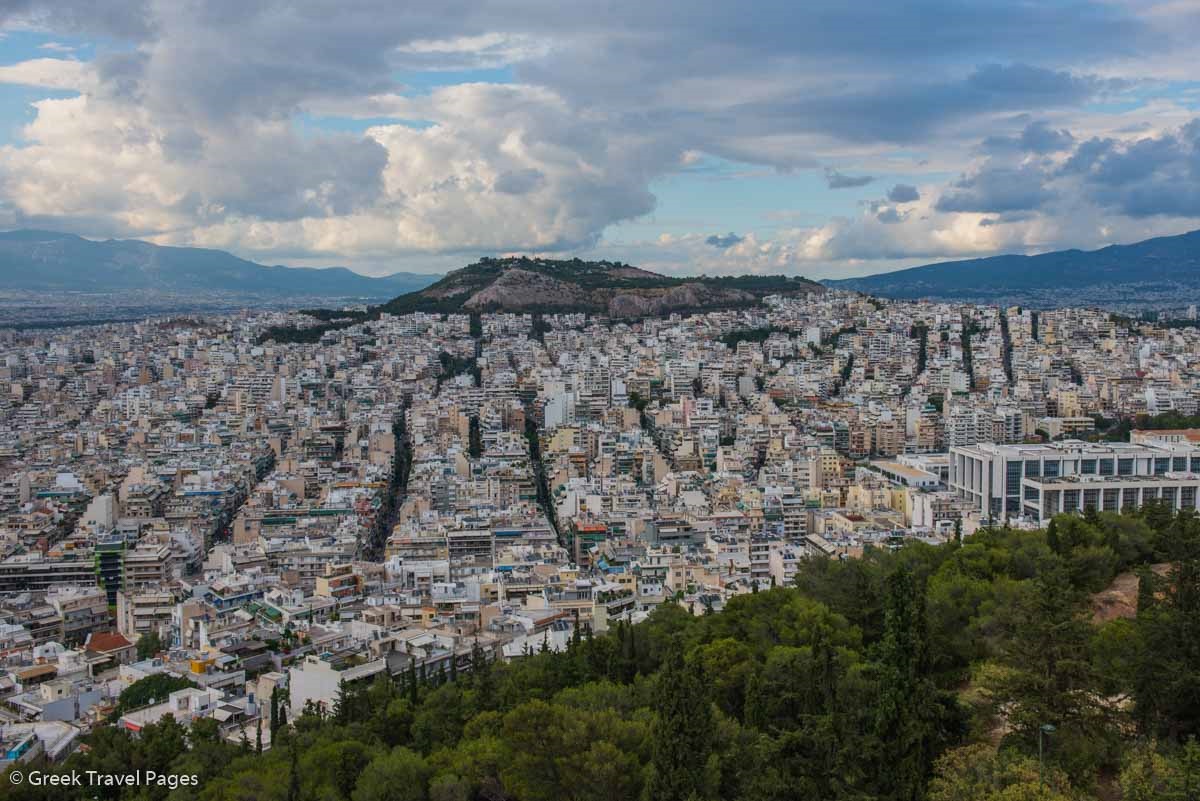 Athens, Thessaloniki and Crete’s Heraklio were among the Top 10 cities in Europe showing resilience in the third quarter of the year (Q3) in terms of international travel tickets issued despite the Covid-19 crisis, according to travel analytics firm ForwardKeys.

More specifically, despite declining performance due to ongoing lockdowns aimed at curbing the spread of the deadly virus, the three Greek destinations have been tested for their resilience this summer.

Overall, and in view of coronavirus realities worldwide, Q3 travel performance in Europe offered some hope with the majority of those who traveled choosing sea and sun destinations.

According to ForwardKeys findings, year-on-year (y-o-y) variations per region showed that Europe was down by 74.7 percent compared to a massive 94.5 percent decline in Asia-Pacific. 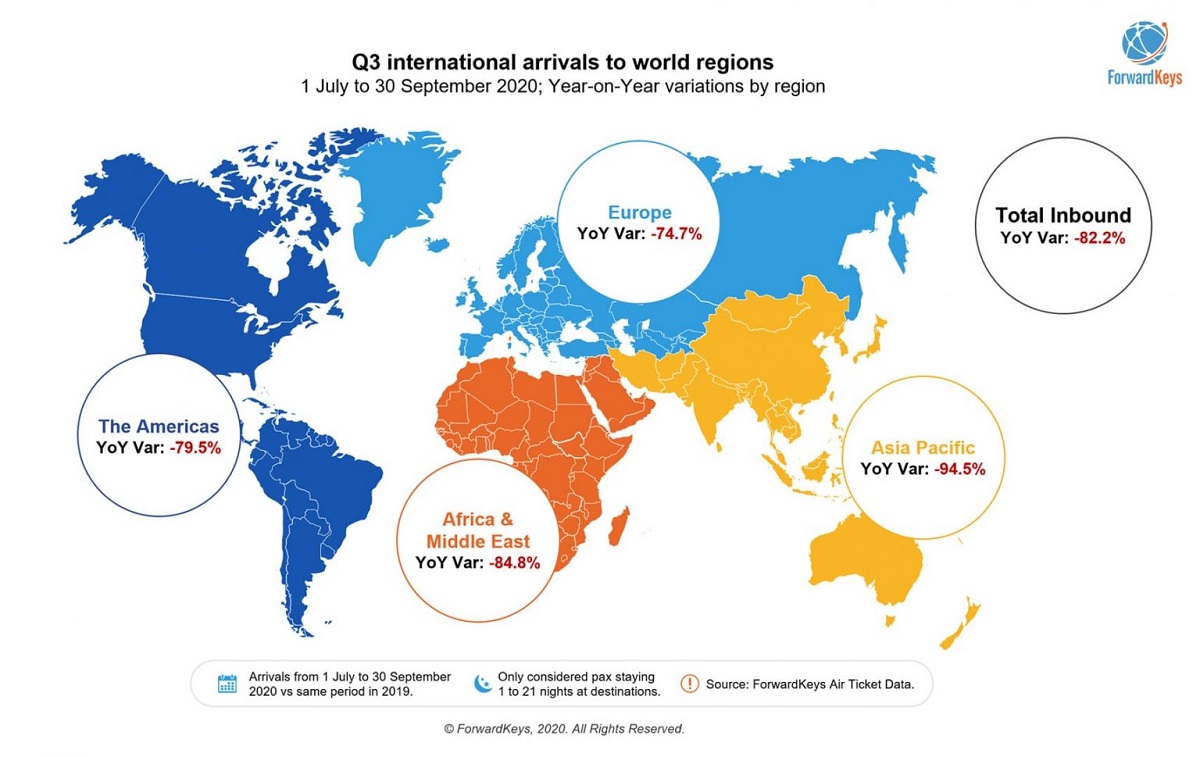 The improved performance was driven in large part by Southern European countries, Greece among them, which opened to tourists despite the pandemic as well as due to a brief ease in travel restrictions and airlines offering competitive fares from Ireland, Germany, and the Netherlands to Southern Europe.

Indicatively, between July 1 and September 30, Southern Europe was down by 69.2 percent in international arrivals compared to 2019.

The Greek island of Crete continued to draw in the crowds despite Covid-19 measures, with the city of Heraklio down by 30.9 percent compared to London which fell by 85.6 percent. 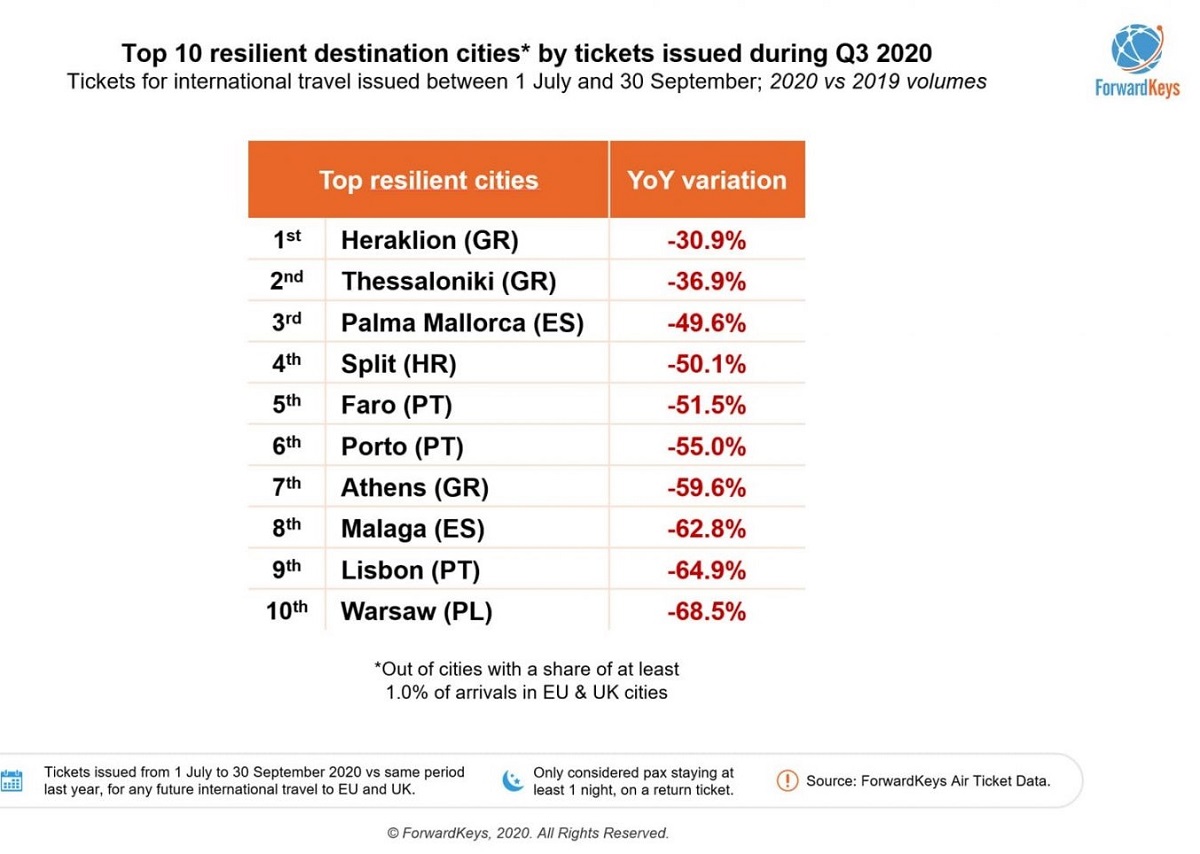 “This summer saw Portugal and Greece put on the map as the place to be in Europe. Smaller, lesser-known cities such as Heraklio in Greece and Faro in Portugal beat the typical tourism hotspots in each destination. Clearly, people still wanted to keep a safe distance away from others even when on holidays,” said Olivier Ponti, VP of Insights at ForwardKeys.

Looking ahead to Q4, Ponti said leisure travel for the Christmas period appeared to be picking up but estimated that business travel would remain flat over the next few months as long-haul travel is still at a standstill.

“One trend that will continue through to December from examining the tickets issued as of October 27 for travel from October-December, Christmas this year is less about it being a ‘White Christmas’ and more about it being a sunny one as Faro, Mallorca and Porto prove to be the most resilient cities in Q4.”