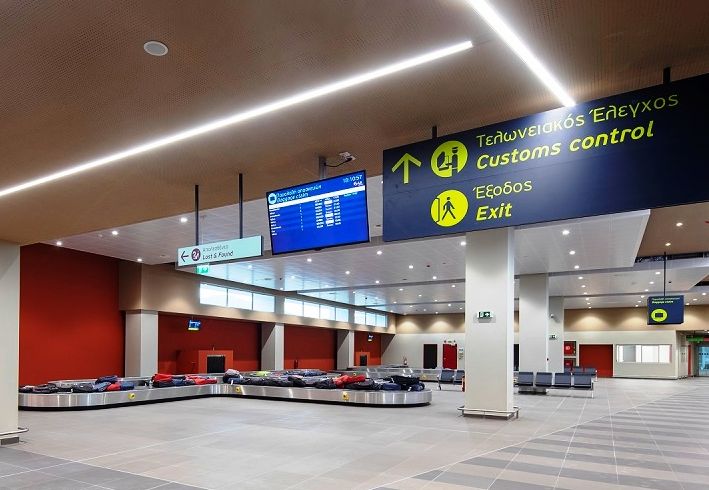 The coronavirus (Covid-19) pandemic continued to have a negative effect on air travel to Greece in October, according to recent data from Greek airports that shows a major drop in passenger traffic for that month.

Athens International Airport (AIA) announced that its passenger traffic was below the respective 2019 levels by 68.8 percent, amounting to some 719,000 travelers against last year’s 2.3 million.

Both domestic and international passenger traffic were sharply reduced, by 60.2 percent and 72.2 percent respectively. 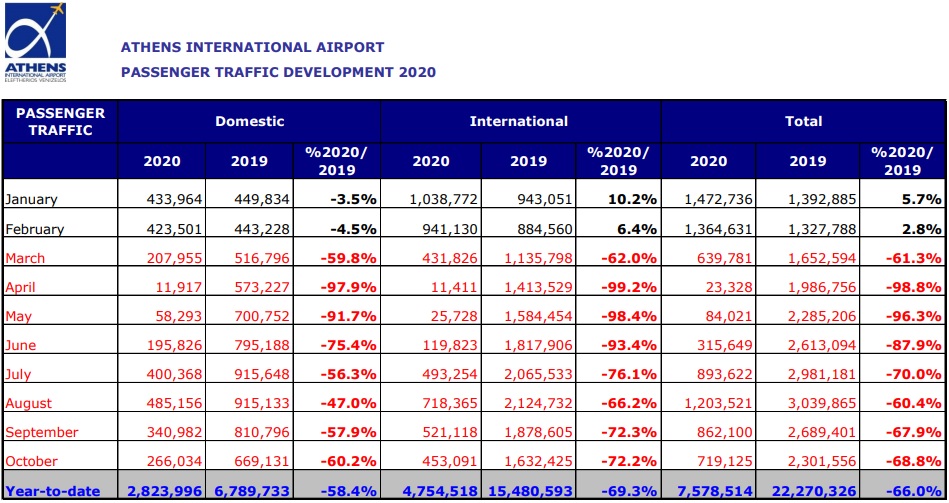 In addition, arrivals in October at the country’s 14 regional airports operated by Fraport Greece decreased by 55.3 percent and reached 1.13 million compared to the 2.5 million for the same month in 2019. 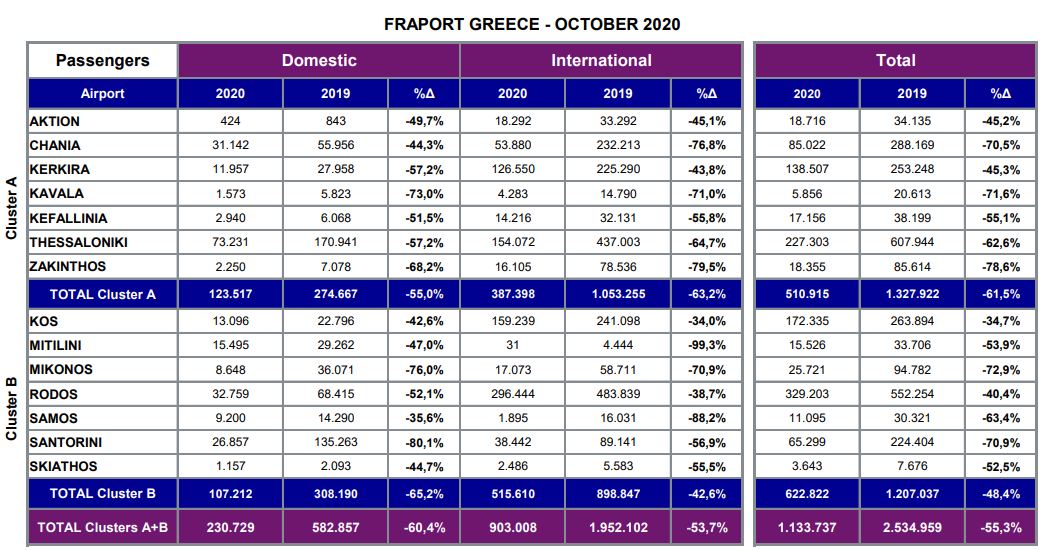 According to Fraport Greece, the largest decrease in arrivals was reported at the airports of Zakynthos (-78.6 percent)  Mykonos (-72.9 percent) and Kavala (-71.6 percent).

Germany and the UK were Greece’s main source of international tourist arrivals with Fraport’s regional airports receiving 151,227 German and 144,385 British travelers in October. 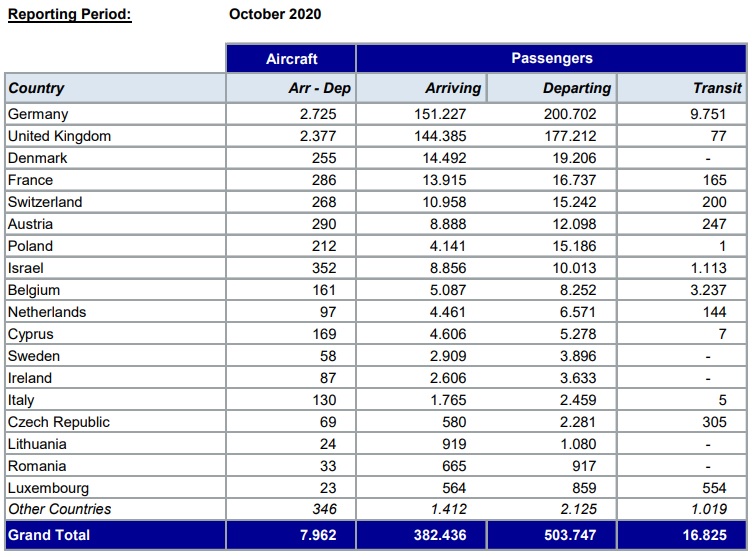 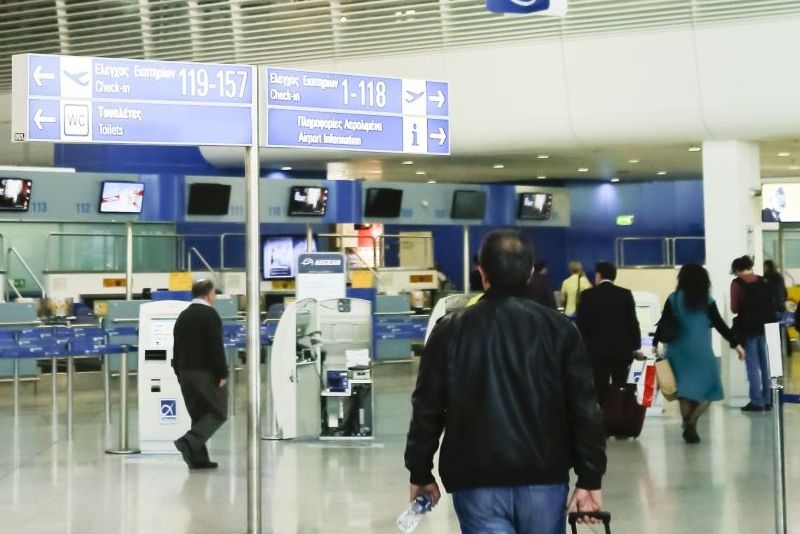 “There was a sharp traffic drop due to the impact of the pandemic, during the March – October period. The volumes of international and domestic passengers decreased by 58.4 percent and 69.3 percent, respectively,” AIA said.

Likewise, Fraport Greece’s airports experienced a severe drop in arrivals by 70.8 percent during the first 10 months of the year at 8.4 million compared to 28.72 million in Jan-Oct 2019. 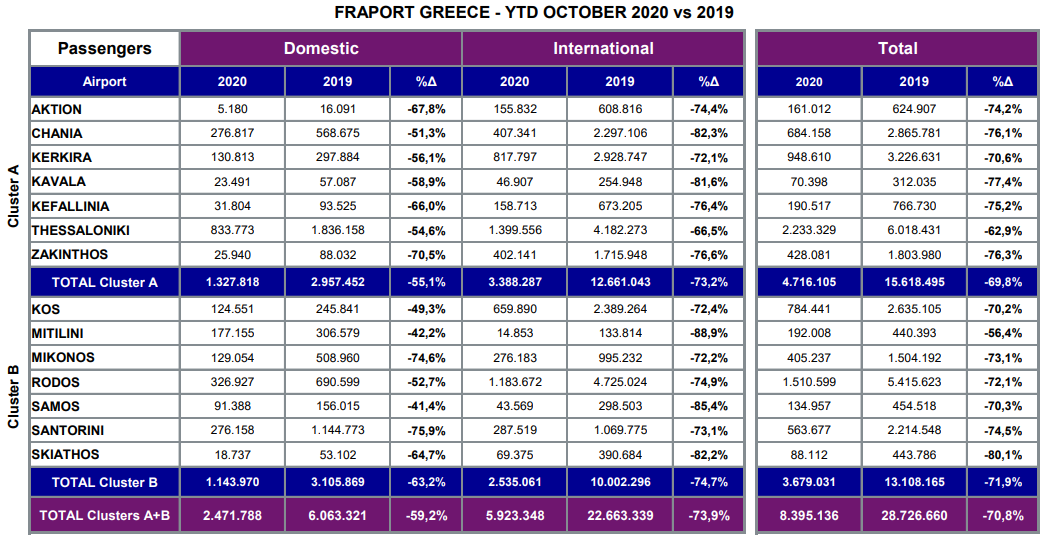 Lockdown in Greece: Guidelines for Tourists