Greece Submits ‘Apples’ as its Official Film Entry in 2021 Oscars

Greece has submitted Christos Nikou’s film “Apples” as its official entry for “Best International Feature Film” at the 2021 Academy Awards, better known as the Oscars.

Originally scheduled for February 28 , the 93rd Oscars ceremony has been postponed for April 25 due to the coronavirus pandemic. 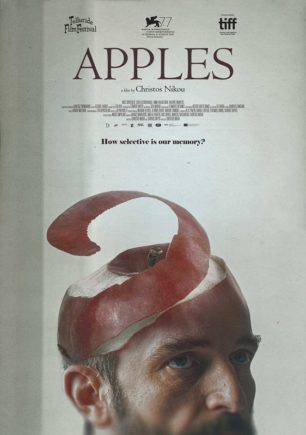 “Apples” is Nikou’s directorial debut and has already been screened in the Horizons section of the Venice Film Festival and at the Telluride Film Festival in Colorado, US.

It is the story of a middle-aged man who finds himself enrolled in a recovery program designed to help unclaimed patients build new identities, amidst a global pandemic that causes people to develop sudden amnesia.

“The  movie was selected for its prime photography, the universal character of its theme, as well as its timely topic,” the Greek Culture Ministry said in a announcement.

According to media reports, Cohen Media Group will distribute the film in the US with Cate Blanchett and partners Andrew Upton and Coco Francini as executive producers.

The Oscars event is Hollywood’s most prestigious artistic award in the film industry.

Presented by the Academy of Motion Picture Arts and Sciences (AMPAS), the 2021 Academy Awards will honor the best films released between January 2020 and February 2021. It is scheduled to take place at the Dolby Theatre in Hollywood, Los Angeles, California.