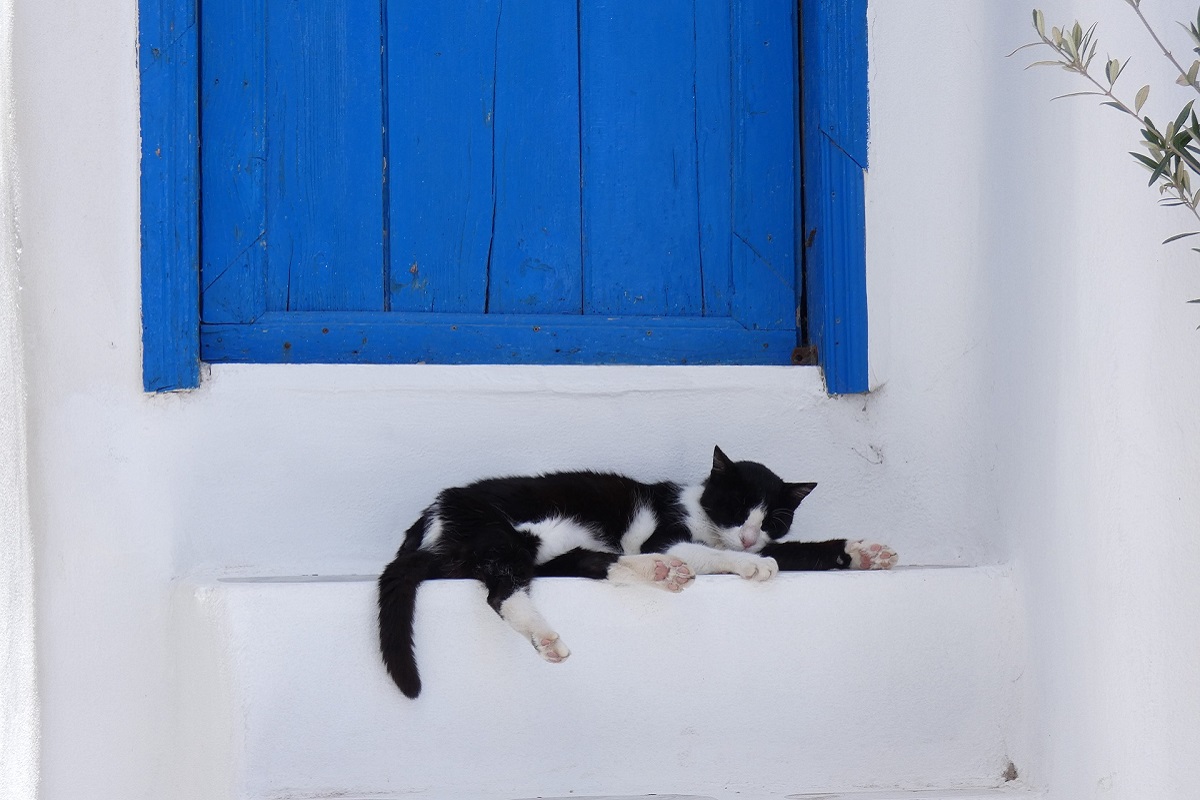 The cats of the Greek island of Syros will be featured in a documentary produced by US technology and media services provider Netflix.

A popular Aegean island and capital of the Cyclades complex, Syros hosts a large population of cats.

Aegean cats are a naturally occurring landrace of domestic cat originating from the Cycladic islands of Greece. They are usually medium-sized, muscular, semi-longhaired, while their coat is bicolor or tricolor with one of the colors being almost always white*.

The Netflix TV crew visited the island during October 21-27, to film in various locations including some of its main attractons.

According to an announcement, the 14-member production team was accompanied by a doctor and maintained all health protocols related to Covid-19.

“It is probably the first time that a global TV network visits Syros for filming and we expect that this will offer added value to the island’s tourism product,” the Municipality of Syros -Ermoupolis said in an announcement.

Netflix is a popular online entertainment worldwide service, with at least 170 million subscriptions in over 190 countries.

The idea of the documentary belongs to Richard and Joan Bowell, residents of Syros, who run a cat rescue and adoption center on the island.

*With information from Wikipedia.