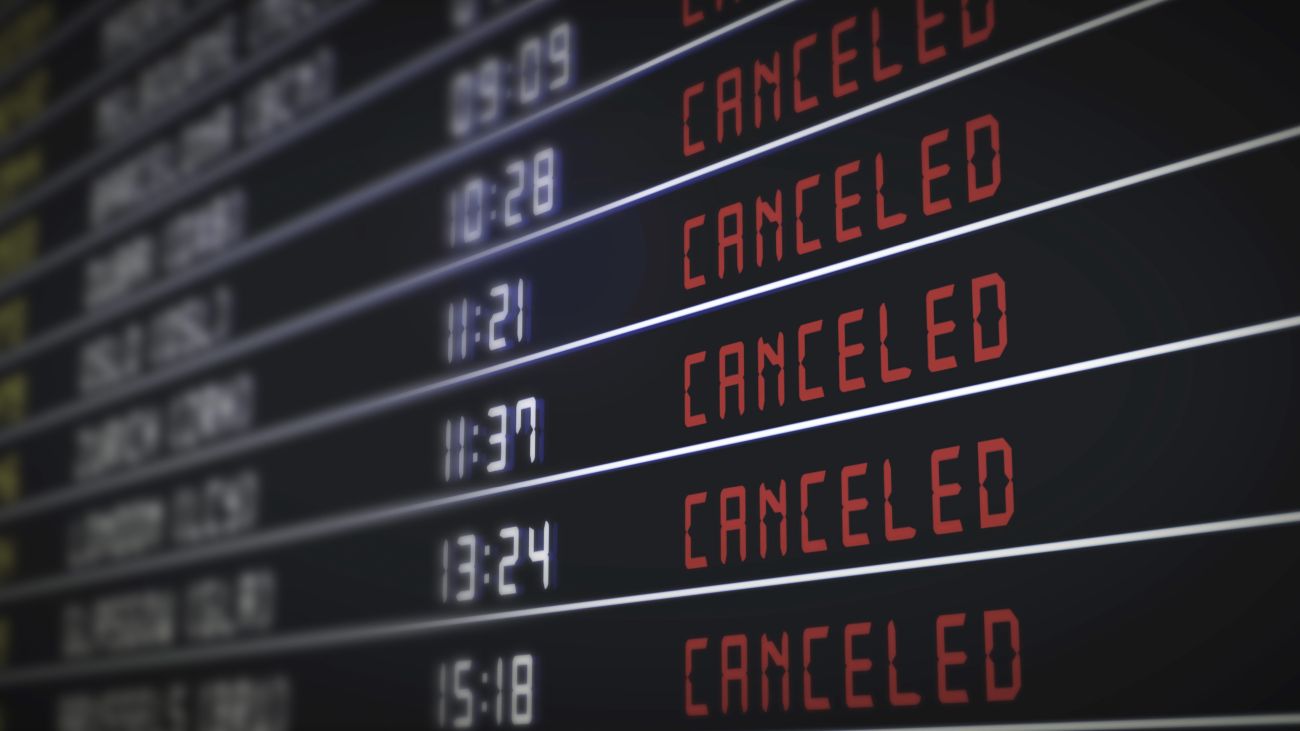 The World Tourism Organization (UNWTO) on Tuesday said it foresees a rebound in international tourism next year, mostly in the third quarter of 2021.

However, around 20 percent of its experts suggest the rebound could occur only in 2022.

“Travel restrictions are seen as the main barrier standing in the way of the recovery of international tourism, along with slow virus containment and low consumer confidence,” the UNWTO said.

Based on the latest trends, the organization said it expects an overall drop close to 70 percent for the whole of 2020.

The lack of coordinated response among countries to ensure harmonized protocols and coordinated restrictions, for travel in the post-Covid-19 era, as well as the deteriorating economic environment were also identified by experts as important obstacles for recovery.

According to the latest UNWTO World Tourism Barometer, international tourism saw a 70 percent fall in arrivals for the first eight months of 2020.

The data showed that international arrivals plunged 81 percent in July and 79 percent in August, traditionally the two busiest months of the year and the peak of the Northern Hemisphere summer season. The drop until August represents 700 million fewer arrivals compared to the same period in 2019 and translates into a loss of US$ 730 billion in export revenues from international tourism.

“This is more than eight times the loss experienced on the back of the 2009 global economic and financial crisis,” the UNWTO said. 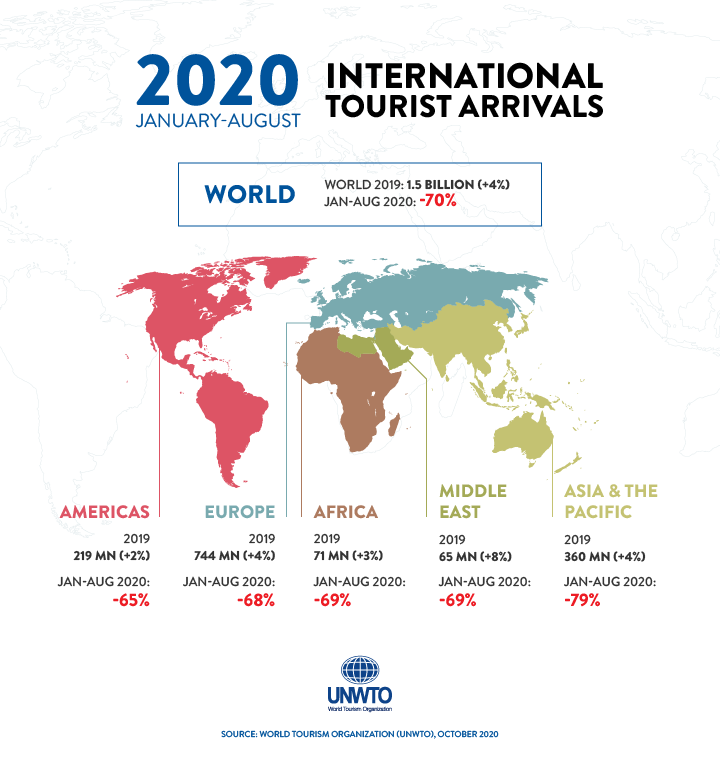 All world regions recorded large declines in arrivals in the first eight months of the year. Asia and the Pacific, the first region to suffer from the impact of COVID-19, saw a 79 percent decrease in arrivals, followed by Africa and the Middle East (both – 69 percent), Europe (-68 percent) and the Americas (-65 percent).

Following its gradual reopening of international borders, Europe recorded comparatively smaller declines in July and August (-72 percent and -69 percent, respectively). “The recovery was short-lived however, as travel restrictions and advisories were reintroduced amid an increase in contagions,” said the UNWTO.

On the other side of the spectrum, Asia and the Pacific recorded the largest declines with -96 percent in both months, reflecting the closure of borders in China and other major destinations in the region.

“Demand for travel remains largely subdued due to the ongoing uncertainty about the pandemic and low confidence,” said the UNWTO.