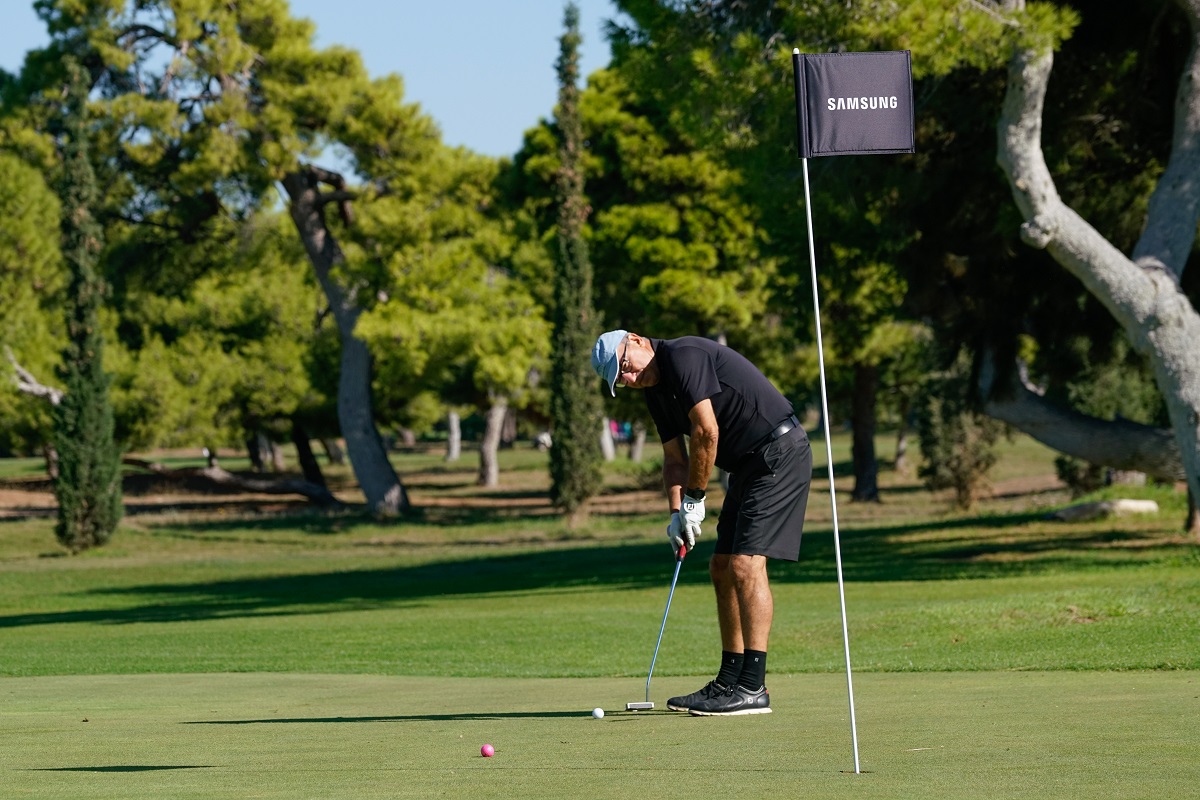 Putting the safety of its participants and staff first, the 1st Glyfada Maritime Golf Event was recently held in the area of Glyfada in Athens under strict measures, taking under consideration Greece’s Covid-19 health protocols.

“The Glyfada Maritime Golf Event was the first golf tournament held in 2020, to take the new health conditions of our country under consideration,” the event’s organizer said.

Top executives of the Greek and global shipping industry competed in the beautiful and historic Golf Course of Glyfada, on Saturday, October 10. 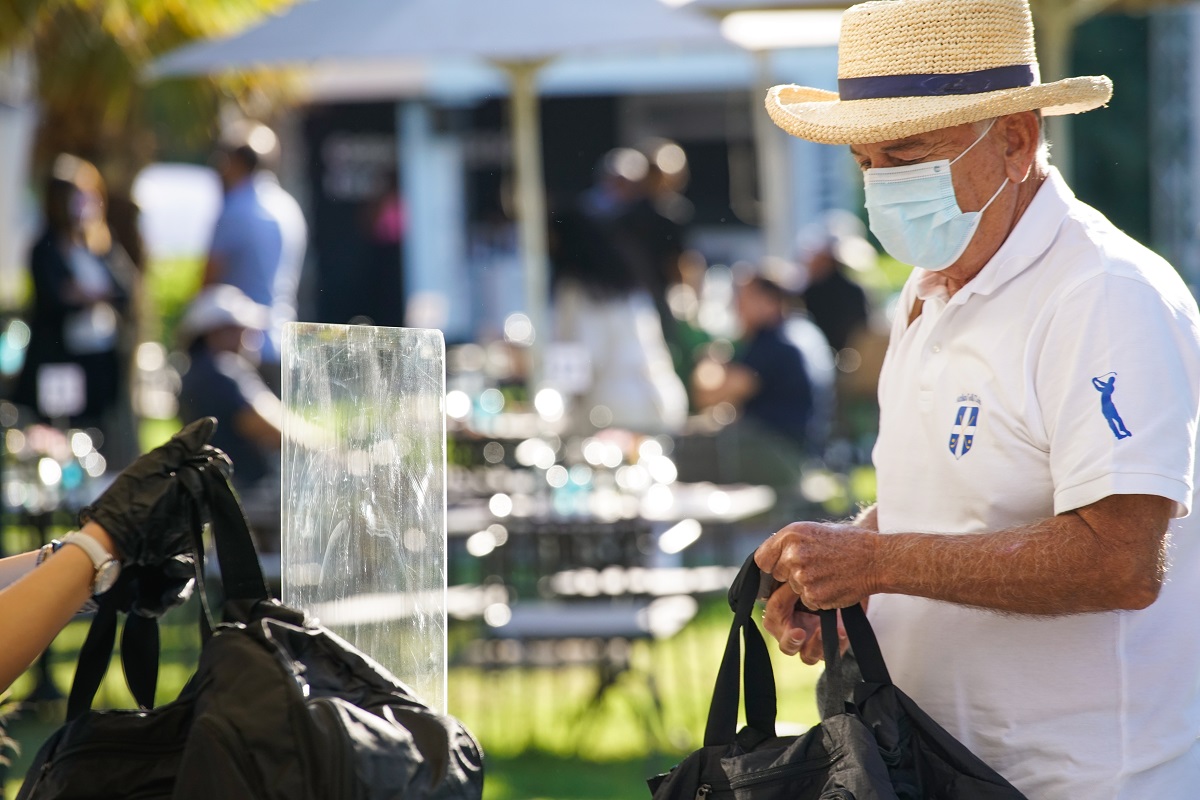 Specifically, among the safety measures that were implemented were: the mandatory use of a mask by the staff and the encouragement of its use by everyone, with its free provision by the organization, although several golfers entered the course already wearing a mask showing a high sense of individual responsibility, the temperature measurements of all by the team of Target Security, the maintenance of a list of people entering and exiting the golf facility, the service of participants with a Samsung tablet and use of gloves where necessary with the mandatory cleaning after each use, the disinfection of the event’s equipment, the maintenance of predicted distances throughout the tournament and the conservation of the predicted limit of people entering to the sports facility.

In the context of the 1st Glyfada Maritime Golf Event, the recognized PGA Golfer and tournament organizer, Thanos Karantzias stated: “I am delighted that the 1st Glyfada Maritime Golf Event was held with absolute safety and based on the strict measures we had set, receiving the best reviews from the Greek and international maritime industry, offering moments of well-being and highlighting and promoting the sport we all love, golf. I would like to thank all the sponsors, supporters and those who worked and stood by us from the very first moment. We are renewing our appointment with everyone for 2021”. 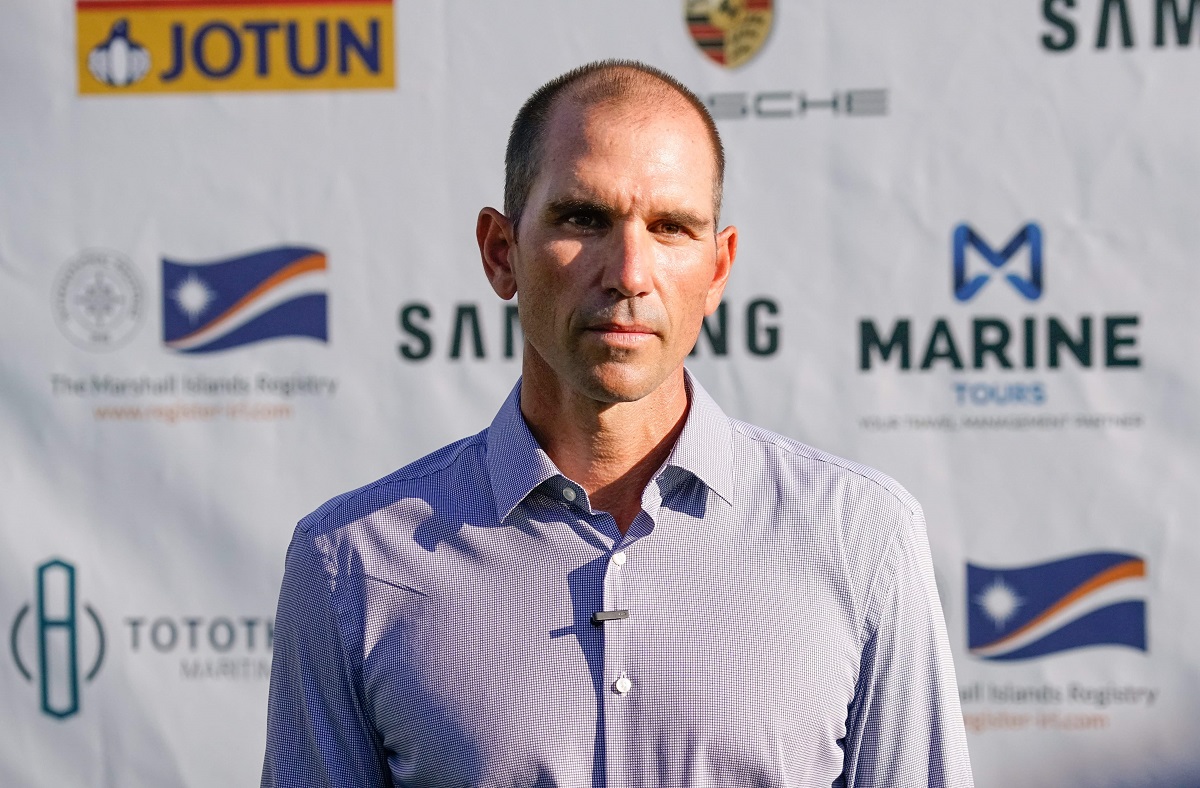 The 1st Glyfada Maritime Golf Event received the greeting of the Deputy Minister of Culture & Sports, Mr. Lefteris Avgenakis, who among other things highlighted: “In a very critical period, when sport on a world basis is tempted by the crisis of the pandemic, it is encouraging that sport and newly-founded indeed events are realized, such as the Glyfada Maritime Golf Event, which is addressed to the marine community. The holding of this event constitutes a unique chance for the highlighting of a special sport, which in recent years sees particular development and gradually wins the hearts of more and more Greek people”.

The first tournament attracted the interest of Greek and world shipping industry as its senior executives formed teams of four taking part in a shotgun scramble tournament, at a completely safe and ideal environment. A green space, set in a landscape of low hills, large trees and low Mediterranean vegetation. The golfers competed at a team level, at the international standards 18-hole, par 72, Golf Course of Glyfada.

Non-participants in the tournament had the opportunity to attend golf lessons and take part in the golf clinic under the guidance of professional golfers. 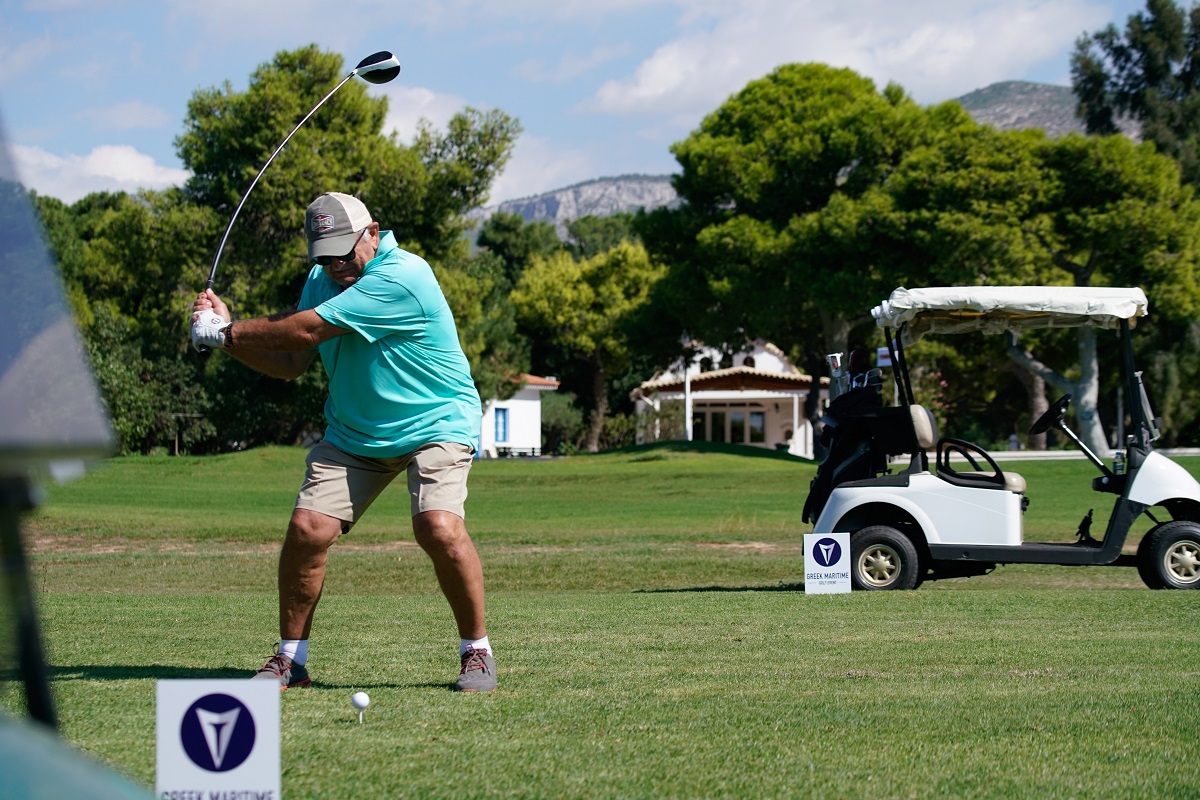 The tournament concluded with the awarding of prizes to the teams that took the top three places in the overall standings of the tournament and the special awards given to the players who achieved the best scores in the “Longest Drive” and “Closest to the Pin” special categories.

Specifically, the team of Sorotos, Chrousalas, Emmanuel and Morris finished 1st with 104 points, the team of Papadopoulos, Robbs, Kyvernitis and Ventouris was 2nd with 103 points while the team of Robbs, Coustas, Daskalakis and Kechagias received the 3rd place with 96 points.

The Closest to the pin award was given to Charalampos Ventouris whereas the Longest Drive award was won by Stergios Kavalekas. 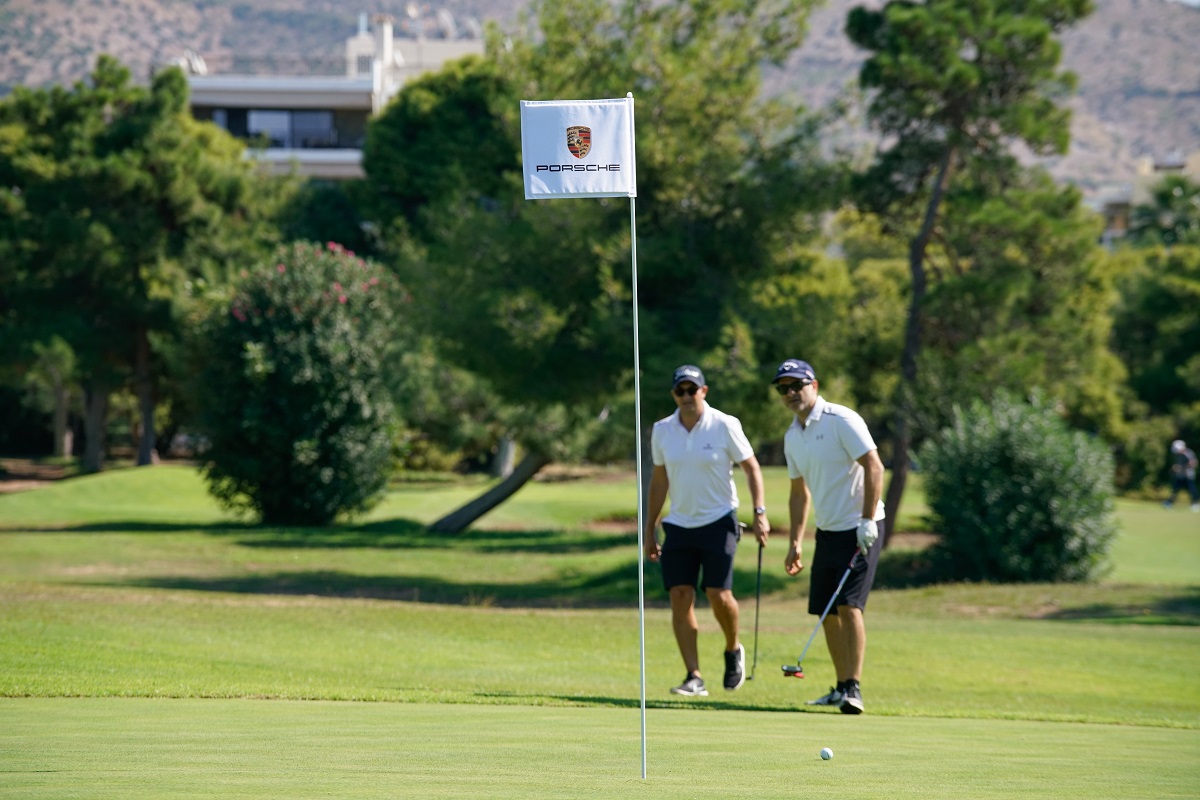 The schedule of the event was enriched with special gifts from sponsors and surprises for participants. In particular, the winners of the special categories and the first three teams were offered prizes by Samsung, Porsche Center Glyfada, Christhellas-Christofle, Messinian Spa and Ergon.

In addition, a lucky winner won a test-drive and of course the experience of the Porsche Panamera Turbo S e-Hybrid Sport Turismo for an entire weekend, after a draw.

During the event, participants tested the full range of Porsche cars that were available in the Glyfada Golf course parking space, while also having the opportunity to discover the new all-electric Taycan inside the golf course. 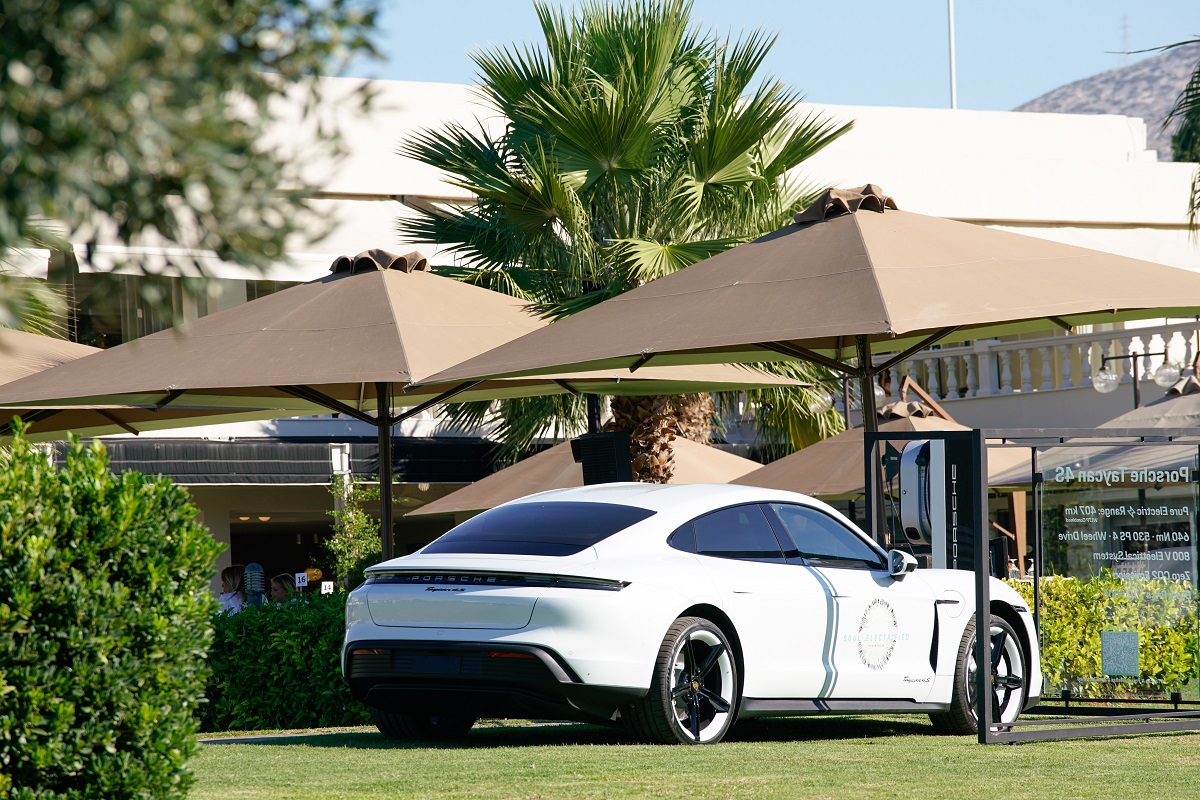 All proceeds from entry fees were allocated for the improvement of the facilities of Glyfada Golf course. The tournament was organized by Active Media Group, an initiative of Birdie Events and the recognized Greek PGA golfer, Mr. Thanos Karantzias. The event was exclusively addressed to distinguished executives of the Greek shipping community.