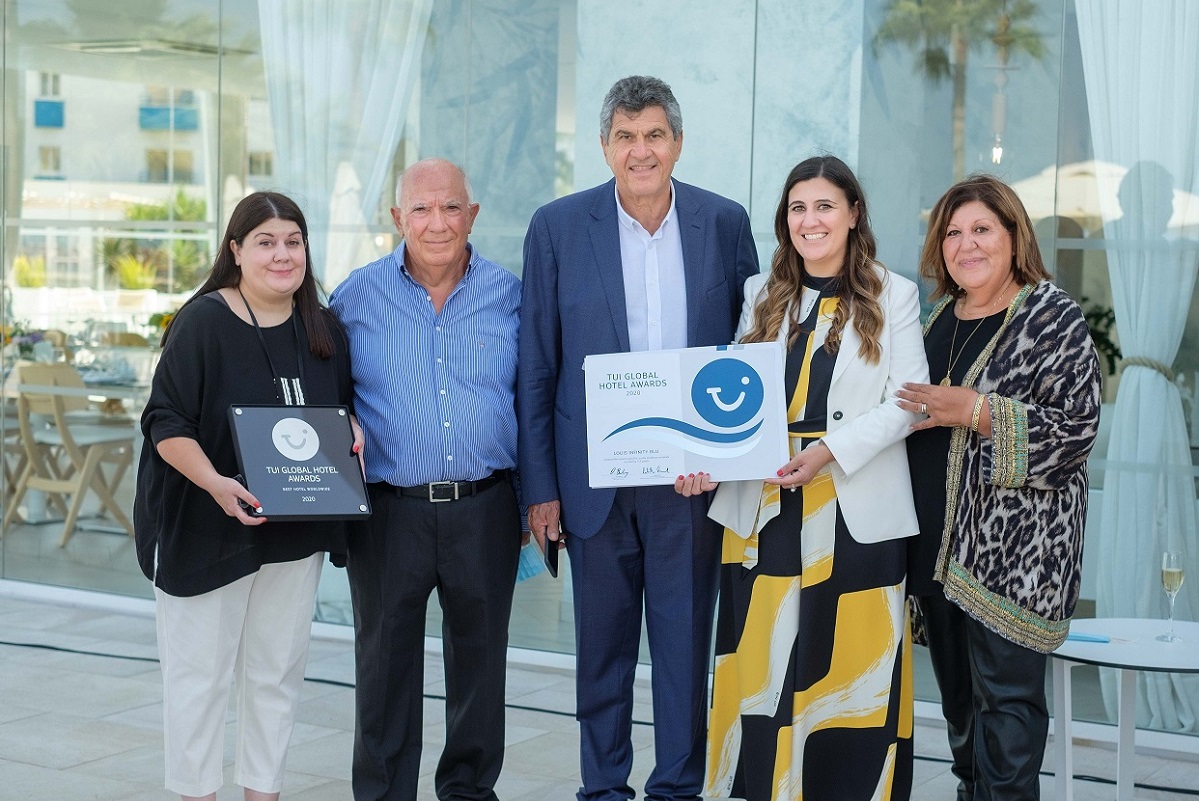 Held for the first time, the TUI Global Hotel Awards recognize excellence in the hospitality sector, based on the impressions of hotel guests after their stay.

Owned by the Tsissios family, Louis Infinity Blu was selected as the best hotel in the world for 2019 by the guests of TUI, a leading international travel organization.

The hotel met all the criteria set by TUI, reaching 98 percent in satisfaction rates.

According to TUI Head of Musement Cyrpus & Greece Ian Hay, Louis Infinity Blu stood out for its consistency and the quality of hospitality services it offers to visitors.

“We feel happy to see the hotel’s repeat visitors increase year by year,” he said. 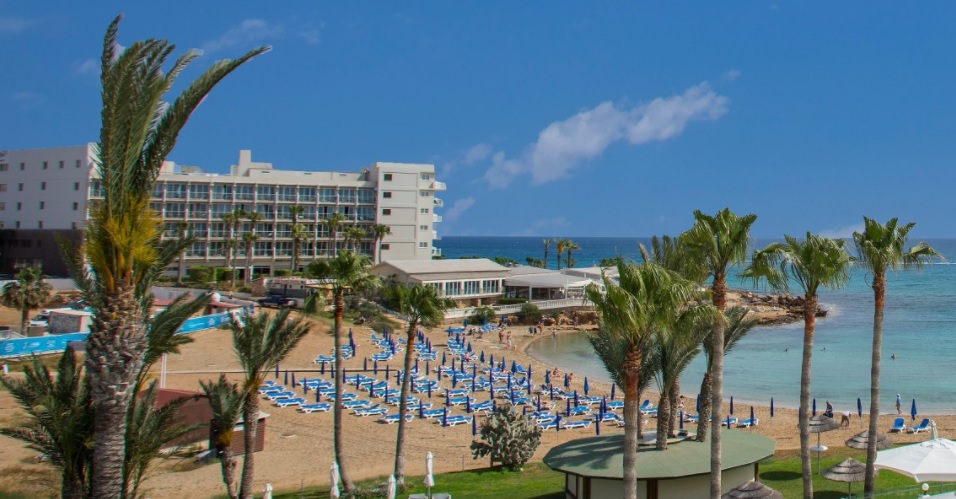 The award was received by the owners and managers of Louis Infinity Blu, during a special ceremony held at the hotel in the presence of local authorities, tour operators and media representatives.

During the event, Louis Hotels Chief Commercial Officer Popi Tanta thanked the owners of Louis Infinity Blu, who trusted Louis Hotels for the management of the award-winning hotel.

“This is truly a historic distinction for a small island like Cyprus, to compete alongside renowned global tourism destinations,” she said. 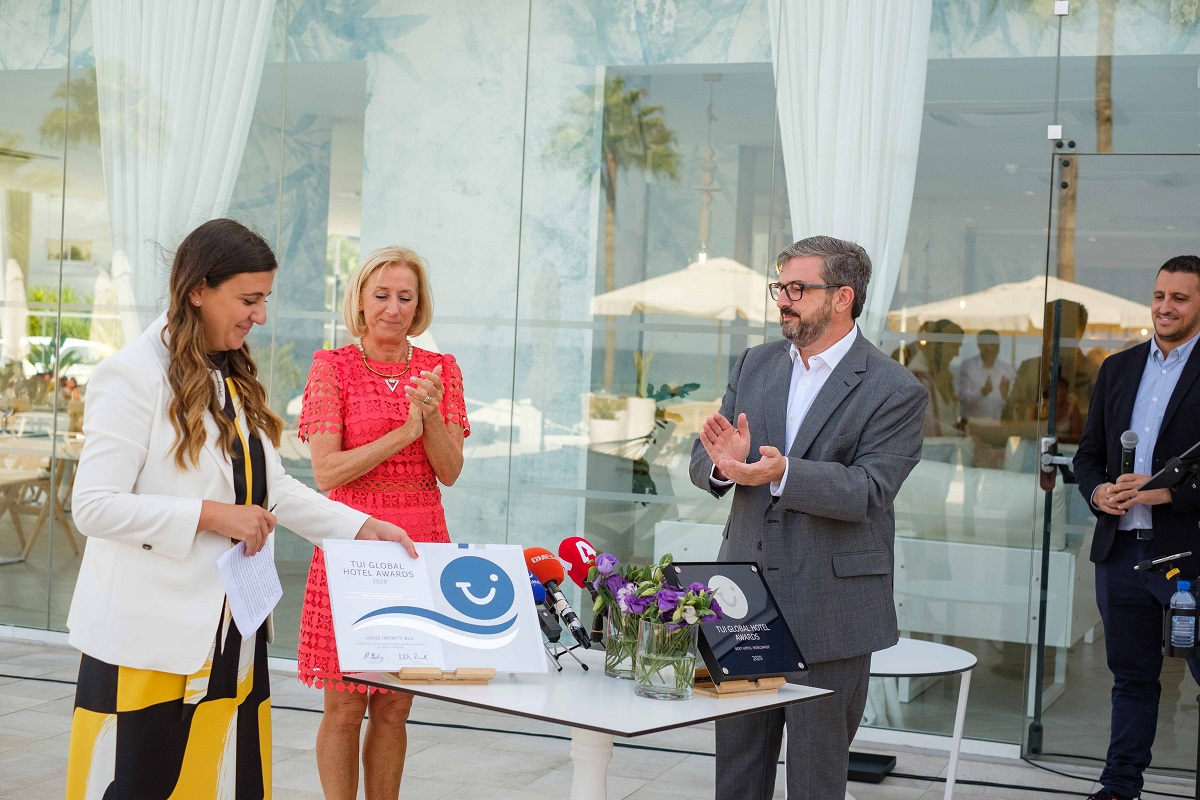 On her part, Sonia Tsissiou, the hotel’s manager,  thanked Louis Hotels for their excellent cooperation.

“This would not have been possible without the hard work and dedication of our entire team, which works tirelessly to ensure that guests enjoy the best accommodation experience,” Tsissiou said.

Louis Infinity Blu is situated on a sandy beach on the bay of Pernera.