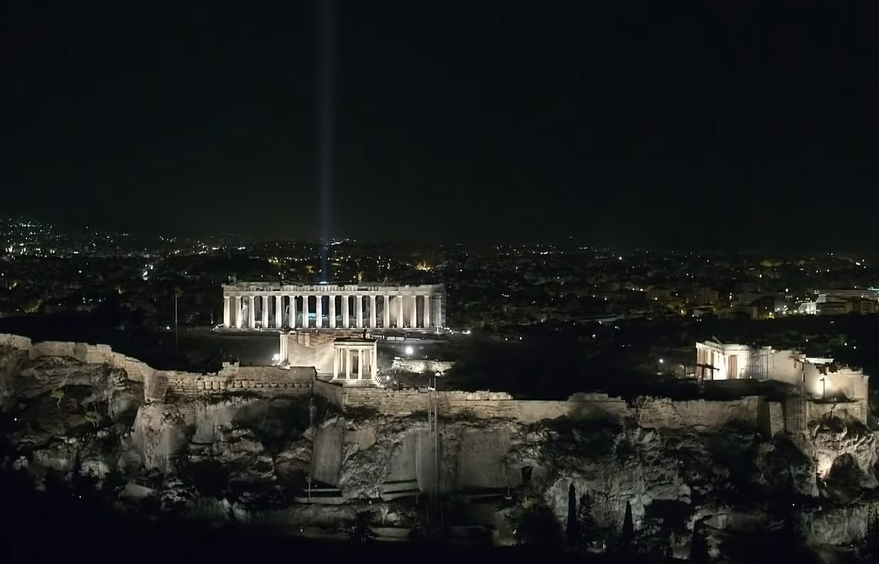 “Acropolis, in a whole new light” video by the Onassis Foundation (screenshot)

The Athens Acropolis, one of the world’s most prominent ancient sites, emerged in new light on Wednesday, after a new lighting design was unveiled in the presence of city and government officials.

Lighting design and implementation were carried out by Emmy Award-winning artist Eleftheria Deko, who was also behind the lighting design of the opening and closing ceremonies for the 2004 Athens Olympic Games. The event opened with the music of Stavros Gasparatos.

The lighting enhancement project, replacing the previous scheme implemented some 15 years ago, is part of a series of restoration projects aimed at upgrading the archaeological site, which include the installation of a new lift that once in place will enable improved disabled access to the ancient site and popular tourist attraction. 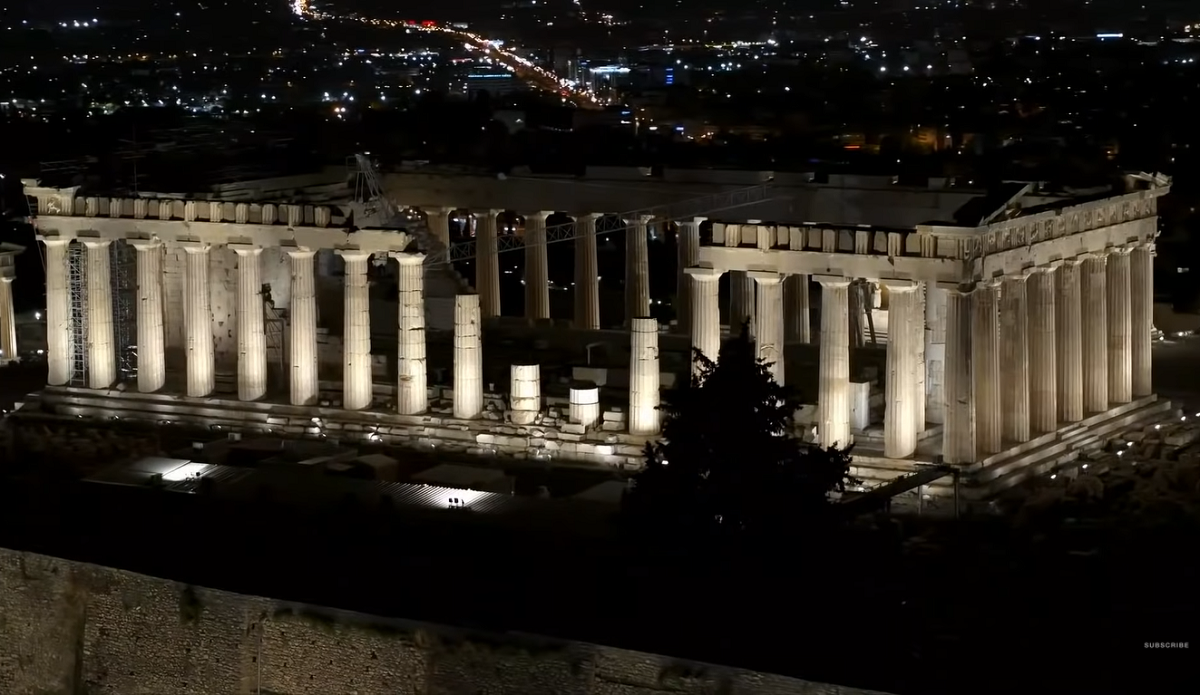 “The image of the Acropolis reflects and conveys the country’s image,” said Greek Culture Minister Lina Mendoni referring to the ongoing renovation projects aiming to make the ancient monument accessible to all.

The latest environmentally-friendly LED technology is aimed at showcasing the world famous ancient Greek site in its entirety including its nine key monuments: Acropolis hill, walls, the Parthenon, the Propylaea, the Temple of Athena Nike, the Erechtheion, the Theater of Dionysus, the Stoa of Eumenes and the Sanctuary of Dionysus. 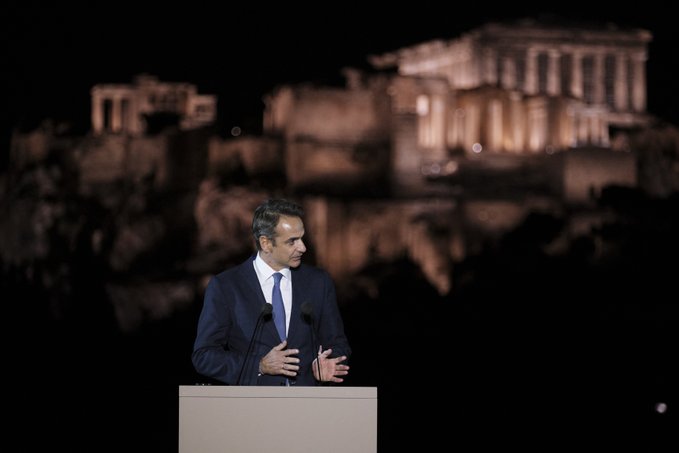 “The light of the 21st century embraces the Acropolis. It is a celebration beyond borders and languages. The values born in this land are universal assets,” said Prime Minister Kyriakos Mitsotakis during inauguration of the lighting event at the Acropolis.

“The Acropolis is a symbol of Democracy, an eternal compass. A monument that has shone its light on all of humanity for centuries. Today, we unveiled its new lighting system and saw it bathed in the light of the 21st century,” he said via his twitter account.

The project was made possible with the support of the Onassis Foundation.