US Strengthens Ties with Greece After Pompeo Visit 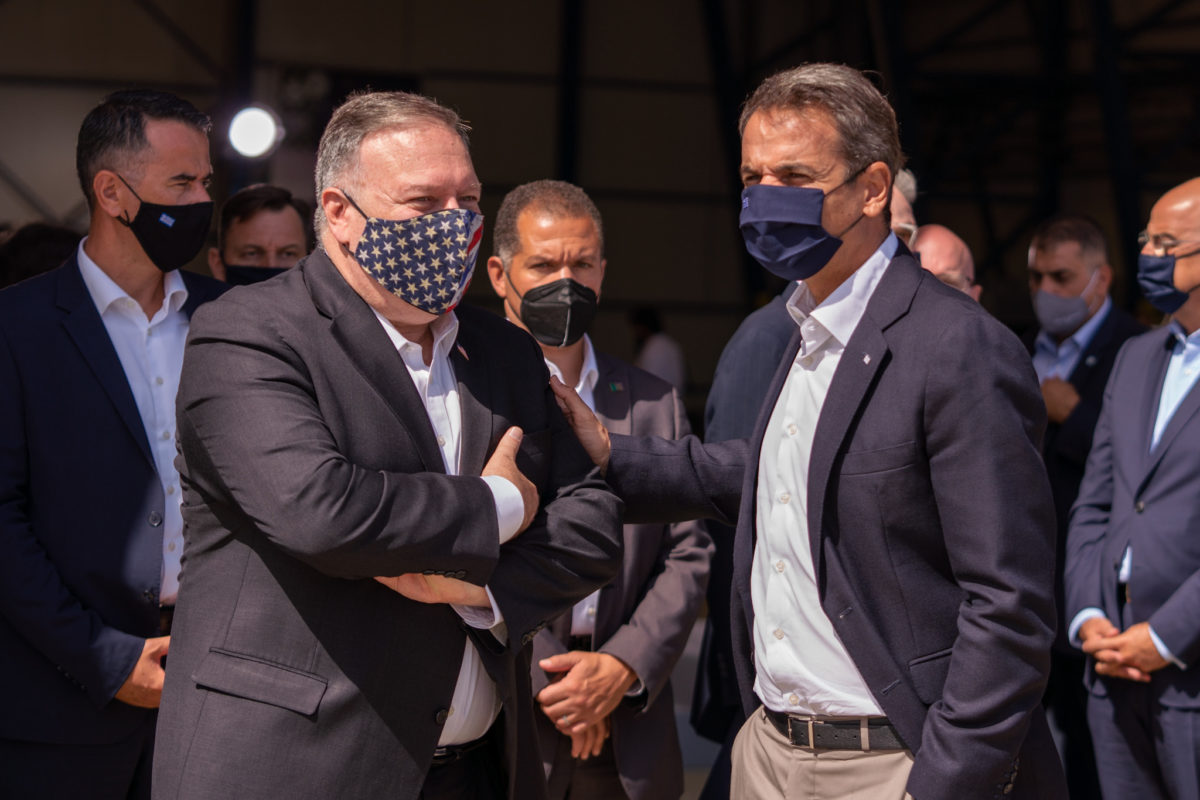 Greece and the US strengthened ties further this week after the two-day visit of US Secretary of State Mike Pompeo, which focused on political, economic, and energy cooperation between the two countries.

The visit comes on the back of hostile actions by Turkey in the Mediterranean as well as Ankara’s internationally-condemned decision to convert the church and museum of Hagia Sophia – an UNESCO World Heritage site – into a mosque.

In an effort to ease the rising tensions, Pompeo called on Greece and Turkey – both NATO allies – to enter dialogue and resolve the ongoing dispute over maritime boundaries as soon as possible.

Strains between the two countries became aggravated after Turkey, which is claiming it has rights to search for and exploit oil and gas resources in the eastern Mediterranean, dispatched a research vessel accompanied by warships to the area, which is within Greece’s maritime borders.

Aiming to secure its maritime zones in the Mediterranean, Greece has inked border agreements with Italy and Egypt, which angered Turkey, after it too had entered a similar agreement with Libya’s Tripoli-based Government of National Accord. 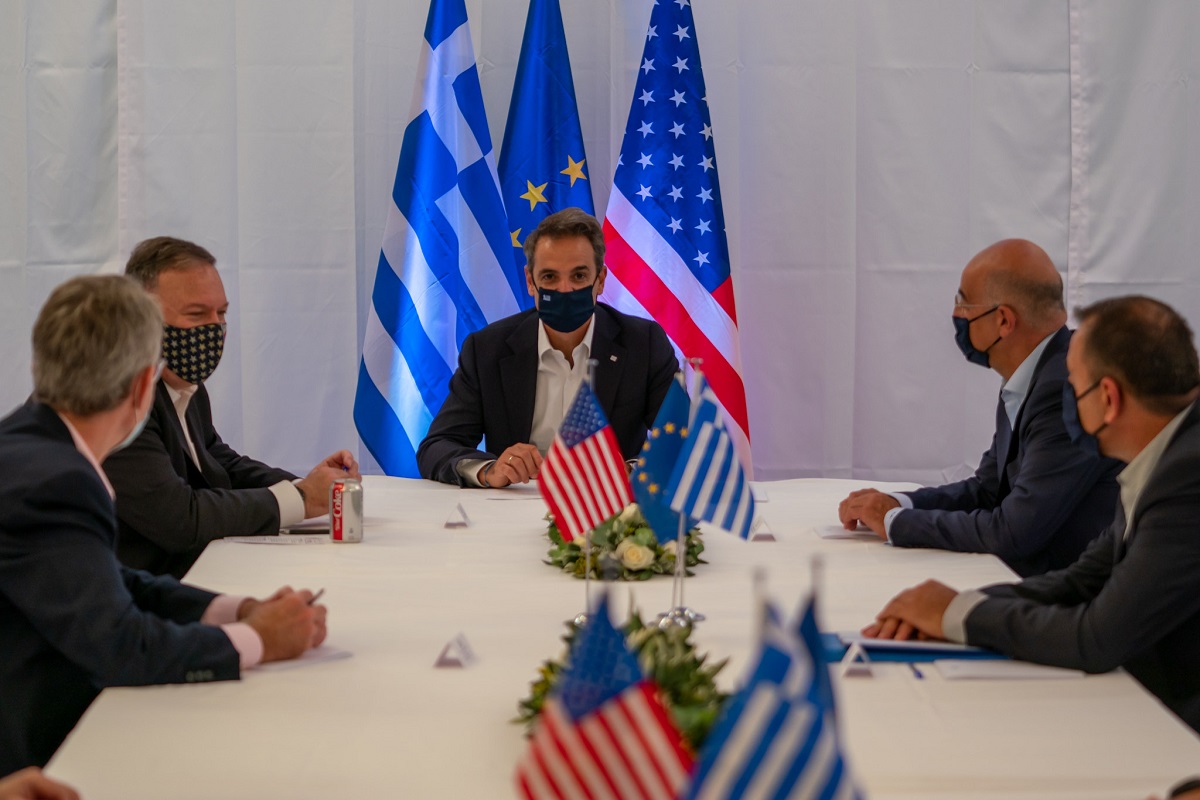 “We hope that these talks can continue in a serious way,” said Pompeo.

“The US encourages a return to dialogue and a peaceful resolution of any disputes in the Eastern Mediterranean,” he said, reiterating US opposition to unilateral actions in disputes among countries.

According to Greek newspaper Kathimerini, Pompeo indicated that the US was prepared to “play any role that’s appropriate and useful and constructive.”

Greece, Cyprus, and France are expected to request sanctions against Turkey during a European Union summit on October 1-2 that will address the issue.

Greek Prime Minister Kyriakos Mitsotakis underlined the importance of the visit and expressed his satisfaction over renewed Greek-US cooperation. In this direction, he referred to the modernization of 84 F-16 fighter jets, joint investments in Greek shipyards, port upgrades, and private-public partnerships in the field of innovation and energy. 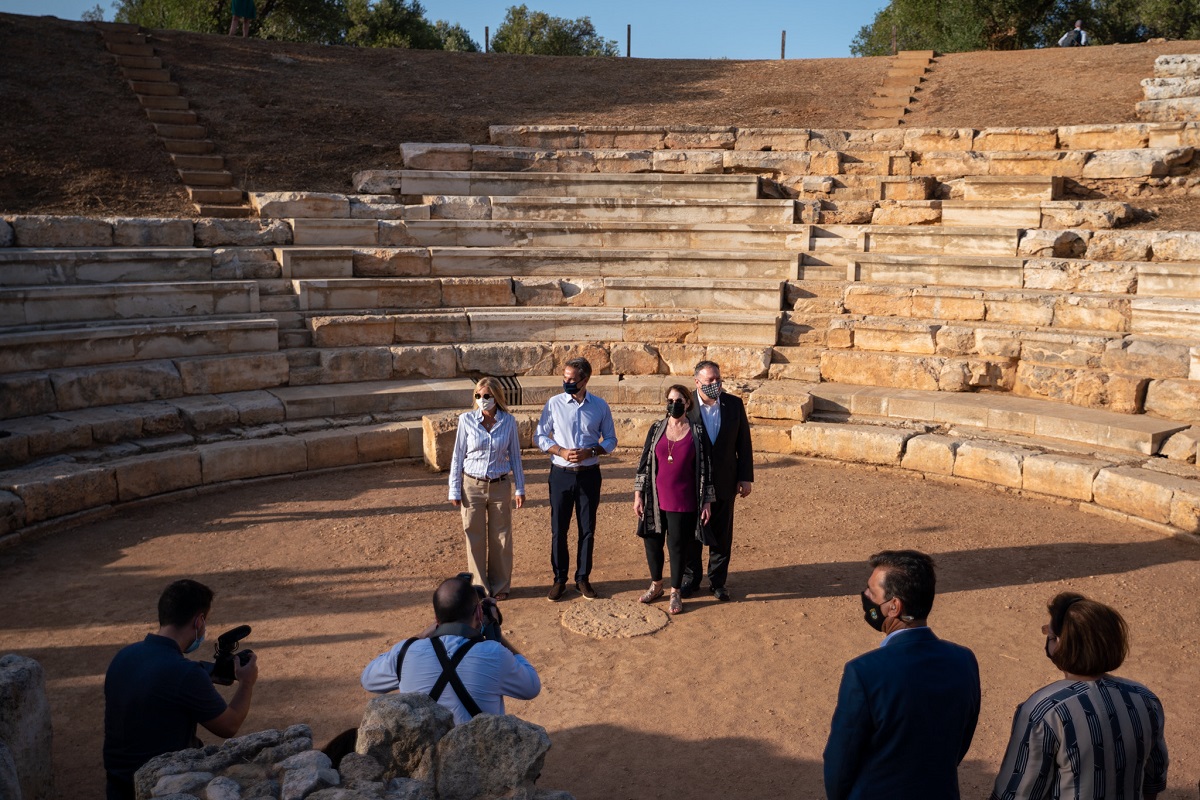 During his visit, Pompeo hailed Greece as a “pillar for stability and prosperity”. He added that Greece was now one of the strongest US military partners in Europe.

“Departing Greece today, gratified by the extraordinary progress we’ve made in US-Greece relations since my visit last year,” Pompeo said via his twitter account. “I welcome Greece’s role as a pillar of stability in the region,” he added.

Visiting Thessaloniki, Pompeo said the eastern Mediterranean region should provide a foundation for energy security, adding that the US backs Greece’s efforts to diversify energy routes and supplies.

Pompeo and his wife visited Crete, where they spent the night at Mitsotakis’ family home. During his visit to the island, the US secretary of state toured the air base hosting the US naval support group and announced that a new expeditionary sea base, the USS Hershel “Woody” Williams, will be based at Crete’s Souda Bay.