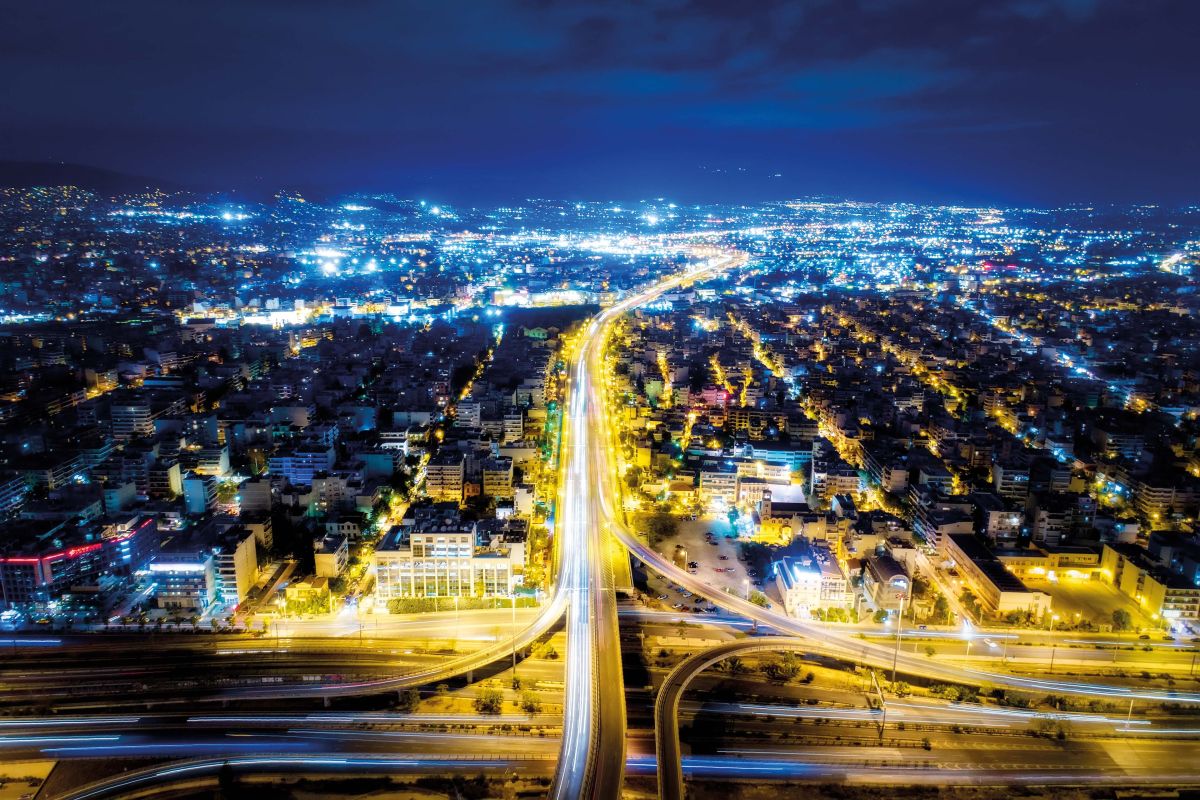 Foreign investments in tourism, logistics and real estate are set to drive growth for Greece in the coming years, according to the EY Attractiveness Survey for 2020 presented during a Capital Link webinar this week.

The study, which examined the views of global investors on the attractiveness of the country, found tourism (52 percent) together with logistics (28 percent) and real estate / construction (21 percent) to be the key areas set to attract investor activity.

In terms of attractiveness, 41 percent of those polled said that Greece’s reputation as an investment destination had improved, with 51 percent claiming it had not changed due to the coronavirus (Covid-19) pandemic. 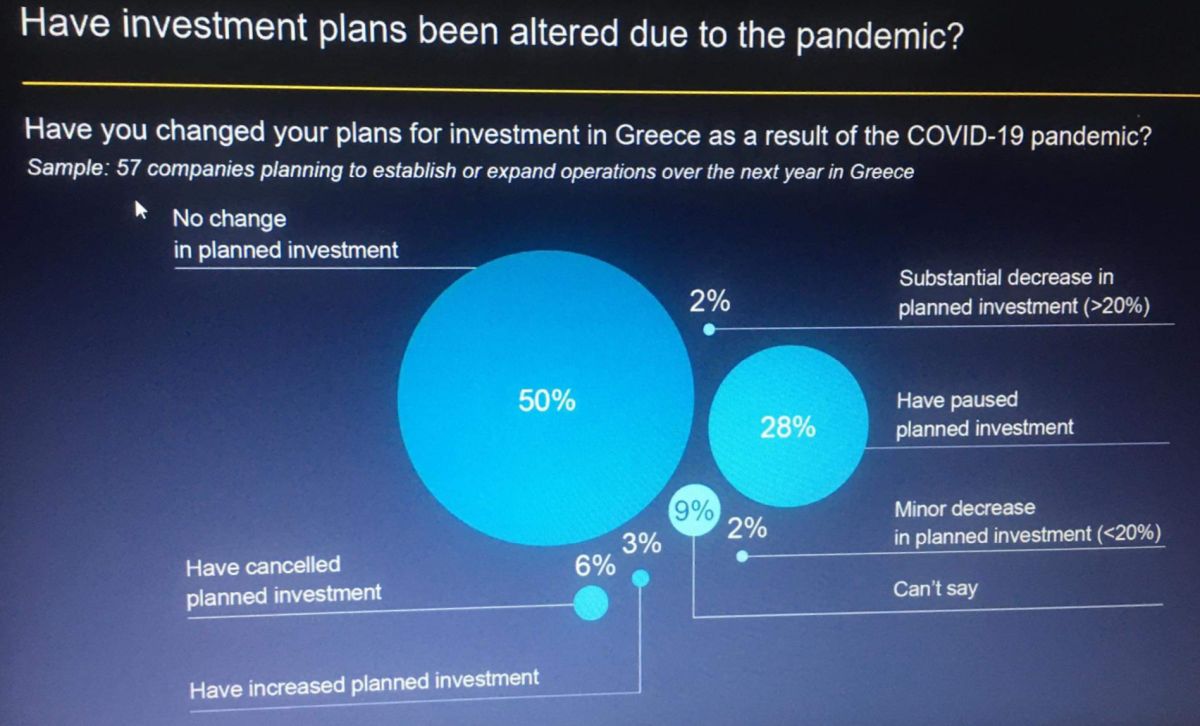 At the same time, 31 percent believe the country’s investment profile will improve significantly in the post-Covid-19 era.

With regard to investment plans before the outbreak of Covid-19, 47 percent said their company was planning to invest or extend operations a focus on sales, industry and logistics.

On the downside, according to those polled, Greece is still slow in attracting innovative projects/activities, creating global competitiveness centers and attracting new talent.

With regard to the pandemic, the majority (77 percent) of those polled said Greece had managed effectively in terms of healthcare; 73 percent said the Greek state responded quickly to the digital transition; and 72 percent said measures taken by the Greek government were positive.

EY analysts reiterate that Greece can evolve into a more investment-friendly destination, improve its investment attractiveness and become more competitive by supporting innovation, slashing taxation and improving the legal framework. 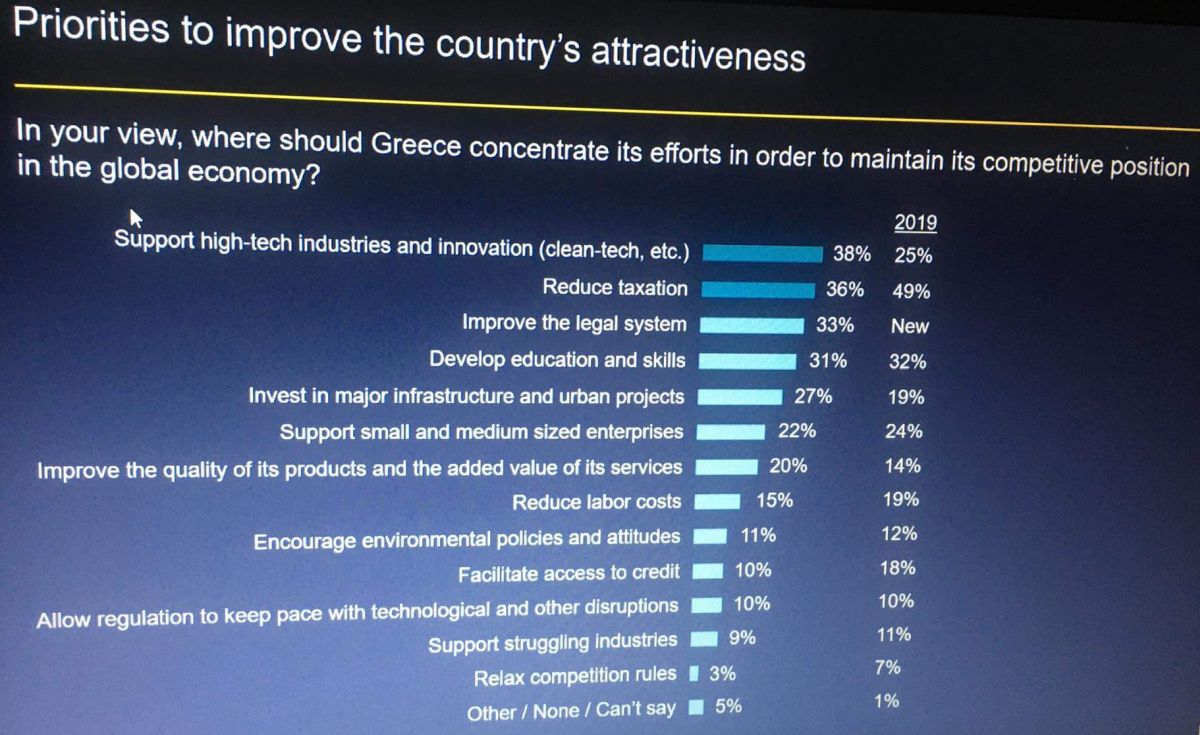 Meanwhile, according to the EY European Investment Monitor, FDI in Europe increased over the 2009-2017 period with Europe still winning over investors despite Covid-19. More than half  (51 percent) of those polled said it was either the same or more attractive for investments.

In 2019, Greece ranked 29th with a share of 0.34 percent among other European countries in terms of the number of foreign direct investments from 35th in 2018, up by 69 percent.

In the 2017-2019 period, the majority of FDI made in Greece, were in agri-food, digital upgrades, business support services, transport and logistics.