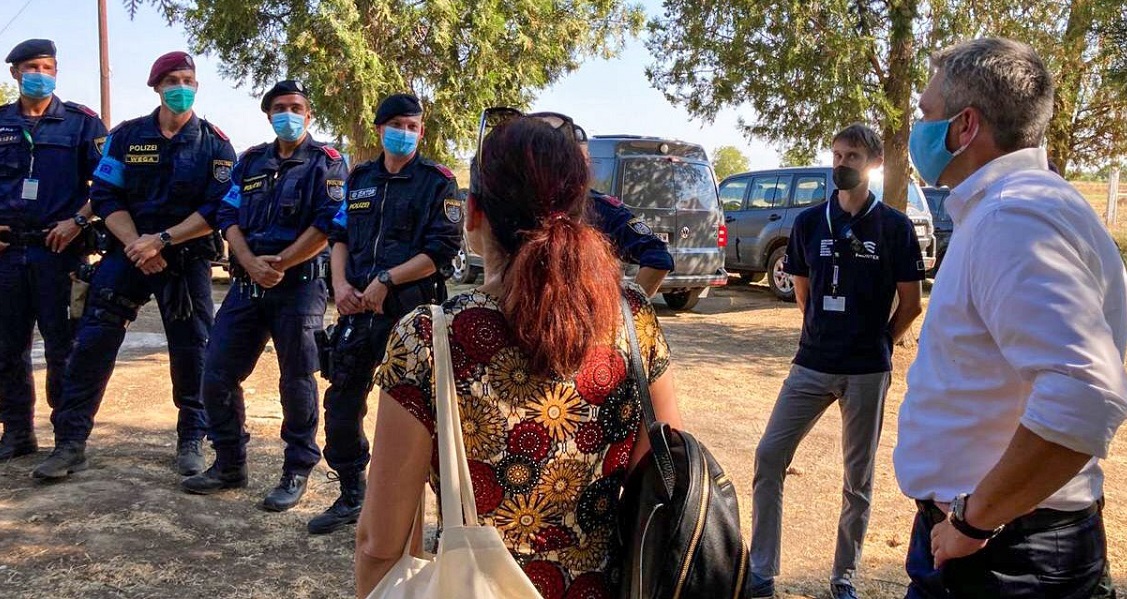 In an effort to address and effectively manage the ongoing migrant crisis in Europe, the European Commission tabled this week a new proposal aimed at involving all EU member states in the responsibility.

The so-called a new pact on migration and asylum comes five years after the refugee crisis began with Greece bearing a considerable flow due to its proximity with Turkey and its open sea borders. Italy and Spain are also in the front lines.

The EU presented its migration plan on Wednesday, and is looking to impose mandatory burden sharing and support, which a number of EU members including Austria and Hungary are opposed to. According to a Gallup poll, Hungary and Croatia are among the world’s least accepting countries for migrants.

The proposal also foresees faster procedures throughout the asylum and migration system.

Greece’s Alternate Minister for Migration and Asylum Policy Minister Giorgos Koumoutsakos said the proposal was a “basis on which Greece will enter hard negotiations”.

“During the negotiations that will follow, we will actively and decisively support our fundamental positions… these include obligatory solidarity and fair distribution of the burden among all member states, which will balance the responsibility borne by the first host countries, including of course, relocation,” he said.

Koumoutsakos said that in this direction, an inter-ministerial working group has been set up with the participation of the Immigration and Asylum, Foreign Affairs, Citizen Protection and Shipping ministries which will formulate Greece’s strategy and tactics and the country’s positions to be tabled during the forthcoming negotiations.

According to the Commission, a united front against the crisis is crucial for rebuilding “trust between member states and confidence in the capacity of the European Union to manage migration”.

“The current system no longer works. And for the past five years, the EU has not been able to fix it,” the Commission statement said.

“This set of proposals will mean clear, fair and faster border procedures, so that people do not have to wait in limbo. It means enhanced cooperation with third countries for fast returns, more legal pathways and strong actions to fight human smugglers. Fundamentally it protects the right to seek asylum,” said Commissioner for Home Affairs, Ylva Johansson. 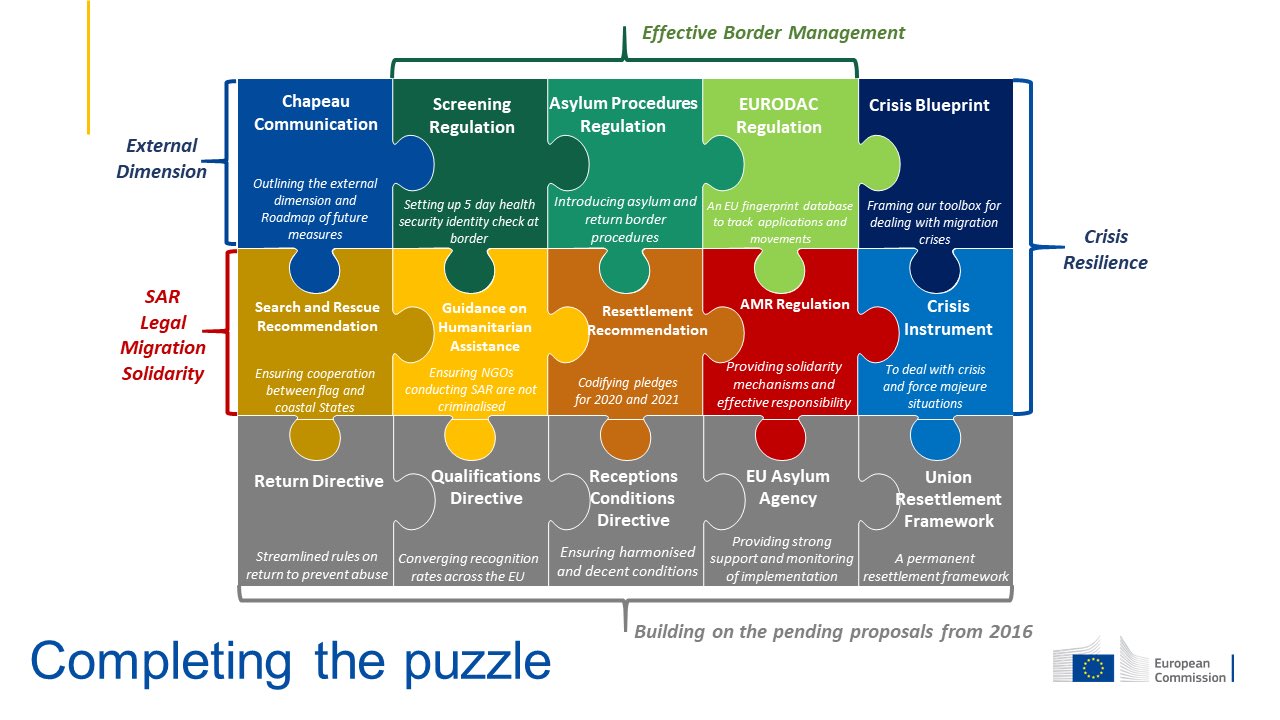 Among others, the Commission is suggesting the introduction of an integrated border procedure to include a pre-entry screening covering identification of all people crossing the EU’s external borders without permission or having been disembarked after a search and rescue operation. This will also include a health and a security check, fingerprinting and registration in the Eurodac database. After screening, individuals will be channeled to the right procedure. As part of this border procedure, swift decisions on asylum or return will be made, providing quick certainty for people whose cases can be examined rapidly.

“It is now time to rise to the challenge to manage migration jointly, with the right balance between solidarity and responsibility,” said European Commission President Ursula von der Leyen.

The pact also focuses on fair sharing of responsibility with all member states expected to contribute in times of migratory pressure, help stabilize the system, and support other EU nations bearing the brunt of migrant flows. Such actions include relocation of asylum seekers from the country of first entry to taking over responsibility for returning individuals with no right to stay or various forms of operational support.

Under the plan, each EU member will be legally required to contribute its share to the migration burden based on GDP and population size. 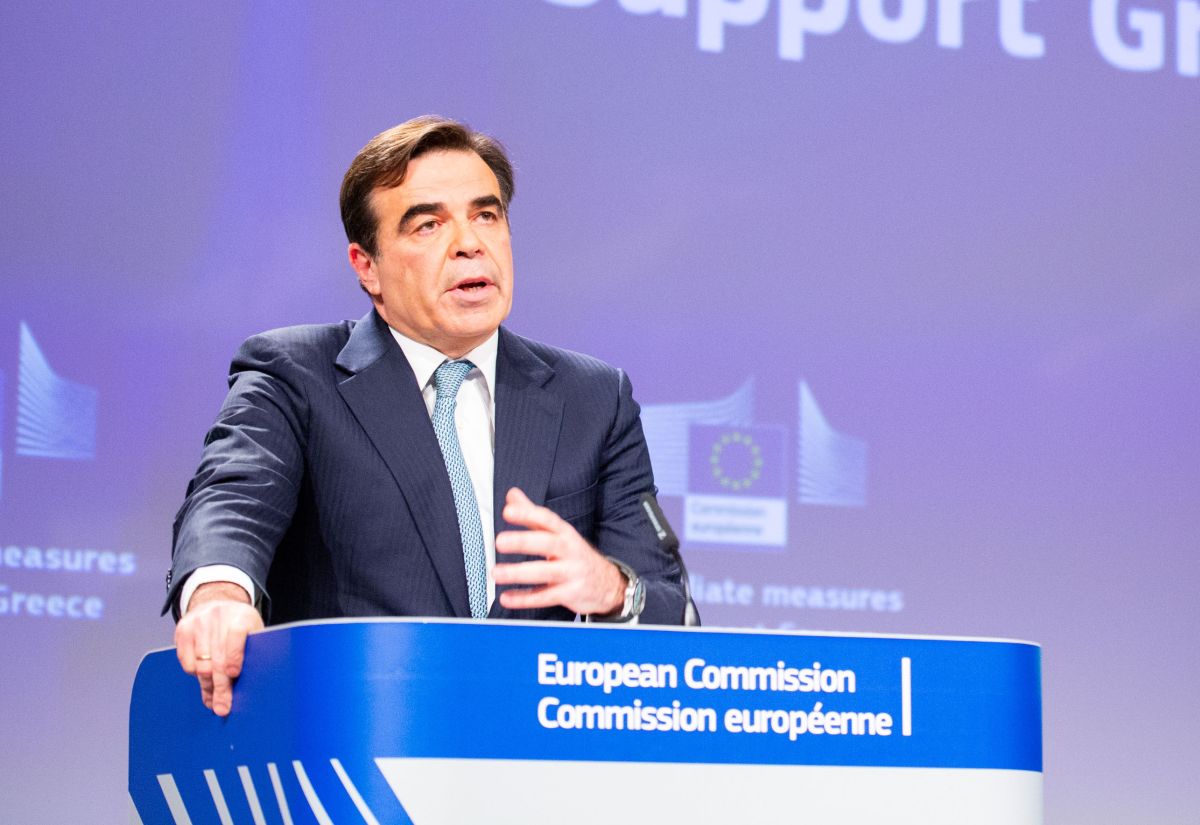 “Moria is a stark reminder that the clock has run out on how long we can live in a house half-built. The time has come to rally around a common, European migration policy,” said Vice-President for Promoting our European Way of Life, Margaritis Schinas.

“The pact provides the missing pieces of the puzzle for a comprehensive approach to migration. No one member state experiences migration in the same way and the different and unique challenges faced by all deserve to be recognised, acknowledged and addressed,” he said.

The EU also aims to work with third countries to address shared challenges such as migrant smuggling, and seek to develop legal pathways and tackle the effective implementation of readmission agreements and arrangements.
The new pact, set to replace the Dublin Regulation which requires asylum claims to be handled in the EU country where the applicant first enters, must now be approved by the EU’s 27 member states.