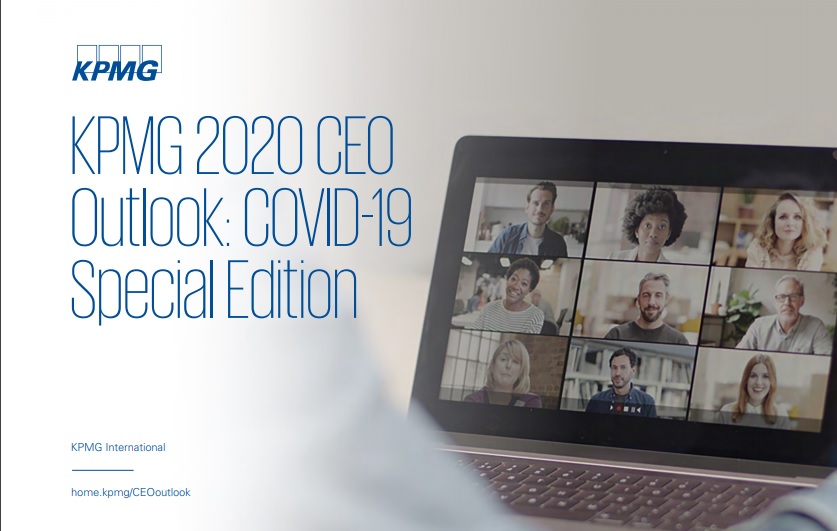 The lingering uncertainty which has resulted from the ongoing coronavirus (Covid-19) pandemic has forced company executives in Greece and abroad to redefine future priorities, according to a new study released by services network KPMG.

More specifically, according to the 2020 CEO Outlook Covid-19 Special Edition, which focuses on the changing attitudes of CEOs during Covid-19, the world’s CEOs appear to be less confident about the potential of global growth. Additionally:

– the majority of CEOs surveyed observed a shift in the main goal of their business and companies, which are now required to show a more socially-involved and human face,

– 79 percent said they feel more emotionally connected to the purpose of their business since the crisis began,

– 39 percent said their health or that of a family member has been affected by the virus and as a result, more than half (55 percent) changed their response to the pandemic,

– 65 percent said that the public expects businesses to fill the gap in social challenges as confidence and trust in governments decline, while 81 percent said they expect to introduce new measures against racism. 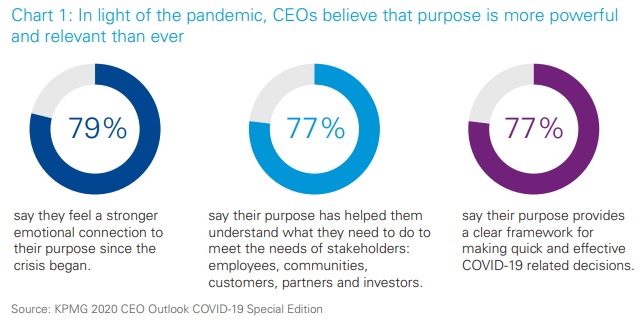 The study, conducted on 315 CEOs in July and August comes on the back of a previous survey carried out in January and February by KPMG on 1,300 CEOs.

Participating in the study from Greece, Andreas Shiamishis, CEO HELPE, said executives in Greece have now reset priorities which now focus on the safety of staff and on the seamless operation of company facilities as well as on meeting targets set out before the health crisis broke out.

With regard to Greek CEOs:

– Greek CEOs feel more confident about the development of their country (67 percent) compared to the beginning of the year (64 percent) and to CEOs abroad (45 percent),

– Greeks are less confident now about the prospects for long-term economic growth (27 percent),

– 60 percent view as positive the progress made in digital transformation as a result of the pandemic,

– 87 percent of Greek CEOs said they want to focus on sustainability and climate change and 73 percent said that managing climate-related risks will play a role in keeping their job over the next five years,

– in terms of the supply chain, 80 percent of Greek CEOs say they will reconsider their company’s global supply chain approach, mainly due to pressure from customers and social groups to bring production closer to home (50 percent),

– 87 percent reported that communication with the company’s employees improved during the crisis.