The Thessaloniki Convention Bureau (TCB) is calling on its members and state authorities to support its efforts to maintain and improve the prime position of Thessaloniki in the international MICE industry amid the coronavirus pandemic.

“Together with our members, we will create a strategy and action plan for the difficult and demanding year that we have ahead of us,” TCB President Yiannis Aslanis said during the Bureau’s 7th ordinary general assembly last week.

“The Thessaloniki Convention Bureau needs the active support of all… to promote the destination, in order for Thessaloniki to maintain and improve its position in the international conference market,” he added.

Thessaloniki presented an exceptional performance in 2019, as it hosted a number of events and moved up in the rankings of the International Congress and Conference Association (ICCA).

Furthermore, seven new members were added to TCB in 2019.

New Board of Directors 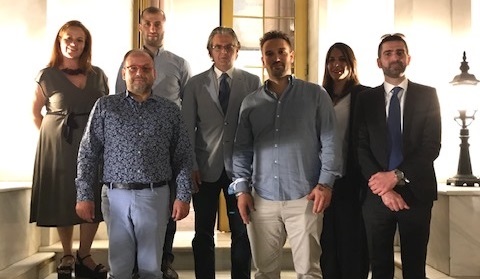 During its 7th ordinary general assembly, TCB elected a new Board of Director as follows: