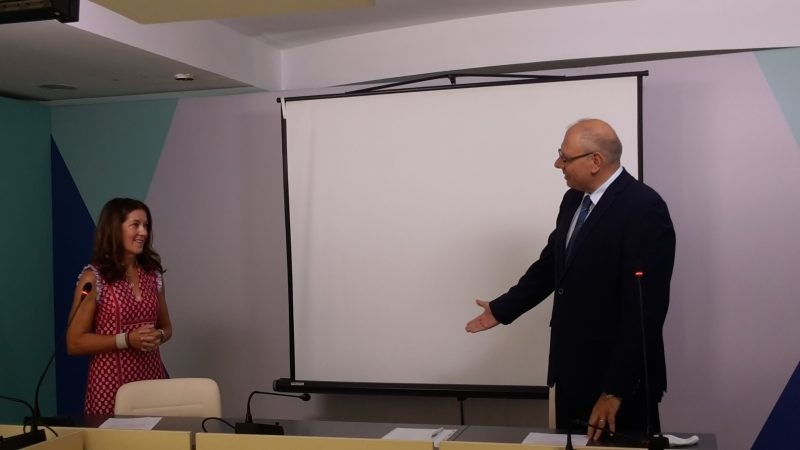 British best-selling author Victoria Hislop was officially sworn-in as a Greek citizen during a ceremony in Athens on Thursday.

The author in July had been granted the Greek citizenship by Hellenic Republic President Aikaterini Sakellaropoulou for her contribution to the promotion of Greece’s history and traditions through her books.

She was officially sworn-in as a Greek citizen at the Interior Ministry by Citizenship Secretary General Athanasios Balerbas.

After the ceremony, Victoria Hislop was received at the Maximos Mansion by Prime Minister Kyriakos Mitsotakis who thanked her for supporting Greece.

“I want to thank you for your pure love for Greece, which is reflected in everything you do and write,” Mitsotakis said.

He went on to note that the honorary citizenship process is an opportunity to recognize people who are “Greeks at heart”. 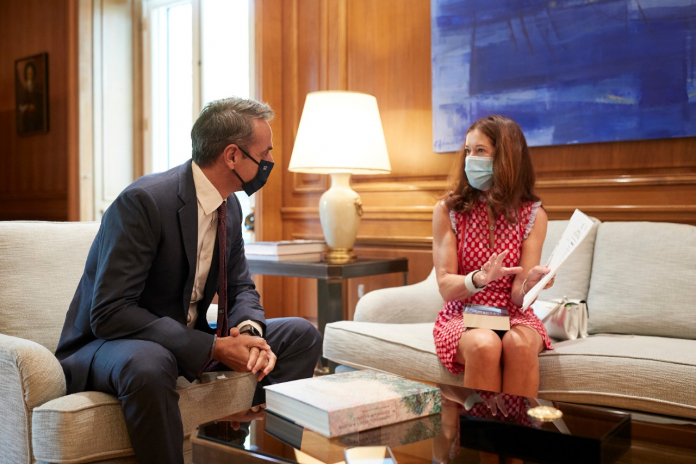 On her part, Hislop gave the Prime Minister a copy of her latest book titled “Those who are loved”. She also said that she had been feeling Greek for a long time.

“I love Greece with its problems and its difficulties, not only for its beauty. I love everything,” she added.

Hislop visits Greece very often and has a second home on the island of Crete. “The Island”, one of her many best-selling novels is set on Spinalonga, an island off the coast of Crete that was Greece’s leper colony for much of the 20th century.

The book was adapted by Greece’s Mega Channel as a 26-episode series titled “To Nisi”, which premiered on Greek television in October 2010 and was considered a huge success among viewers and TV critics.