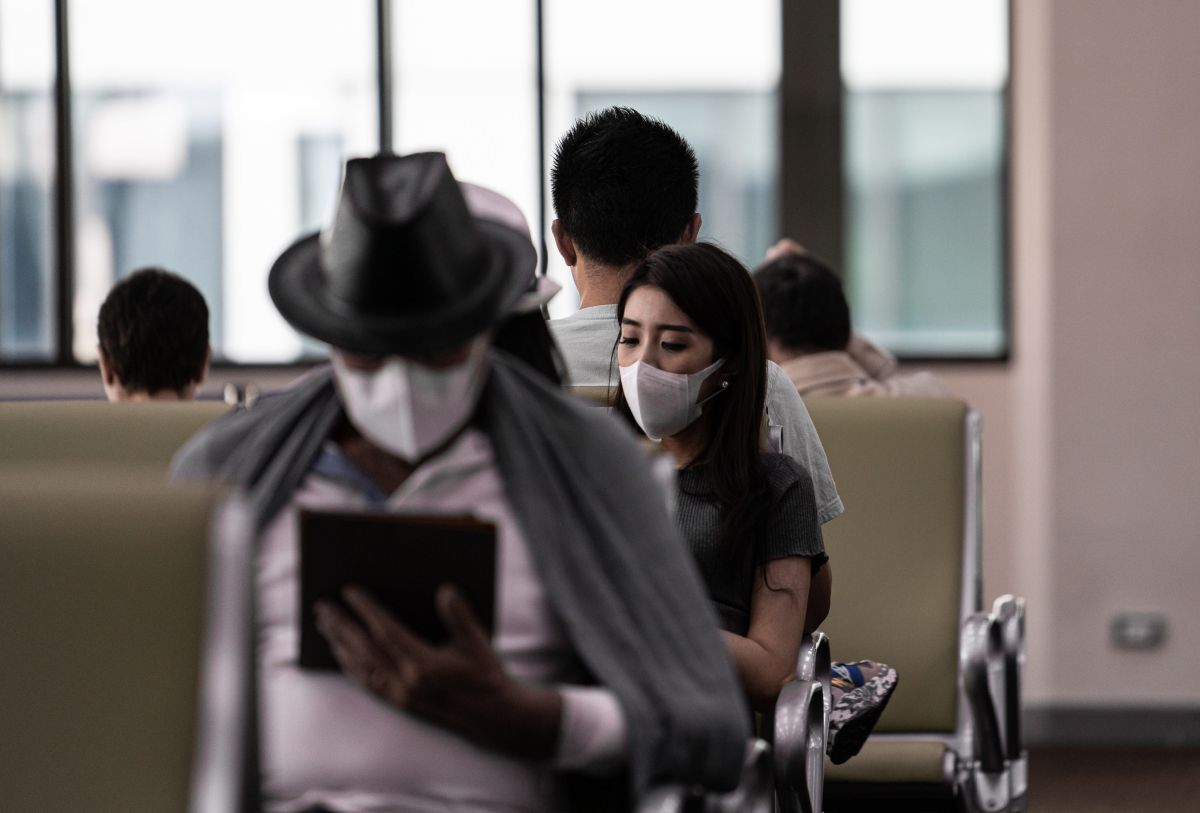 International tourist arrivals dropped by 65 percent during the first half of the year when compared to 2019, with the latest data from the World Tourism Organization (UNWTO) Barometer showing the severe impact the coronavirus (Covid-19) has had on the sector.

According to UNWTO, the massive drop in global travel demand over the January-June 2020 period translates into a loss of 440 million international arrivals and about US$ 460 billion in export revenues from international tourism. This is around five times the loss in international tourism receipts recorded in 2009 amid the global economic and financial crisis.

“This latest report shows that the lockdowns introduced during the first half of the year have had a massive impact on international tourism. The sharp and sudden fall in arrivals has placed millions of jobs and businesses at risk,” the UNWTO said. 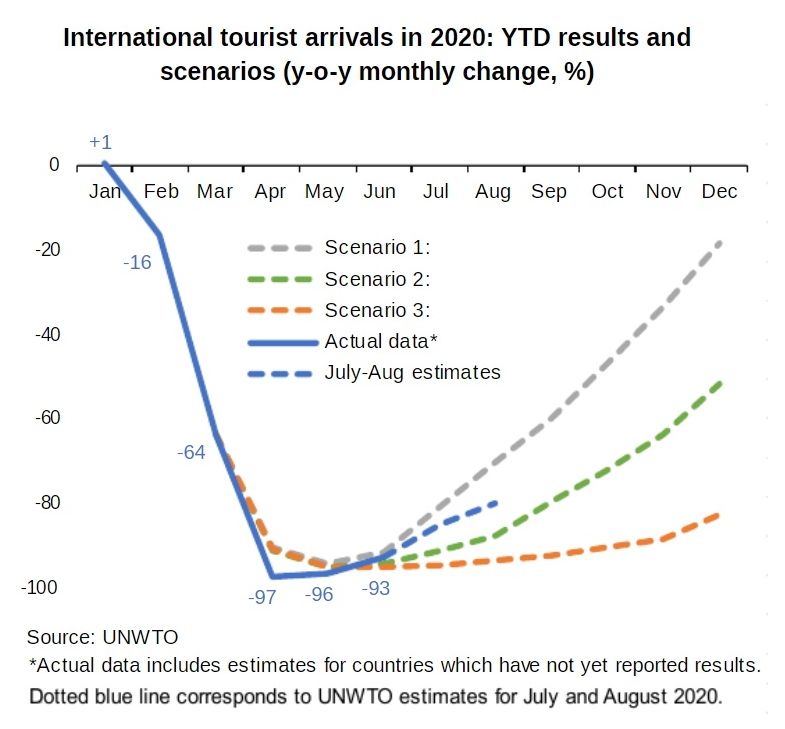 Moreover, according to the data, international tourist arrivals plunged 93 percent in June when compared to 2019.

“The return to 2019 levels in terms of tourist arrivals would take between 2 to 4 years,” the organization said.

As noted by the UNWTO, despite the gradual reopening of many destinations since the second half of May, the anticipated improvement in international tourism numbers during the peak summer season in the Northern Hemisphere did not materialize. 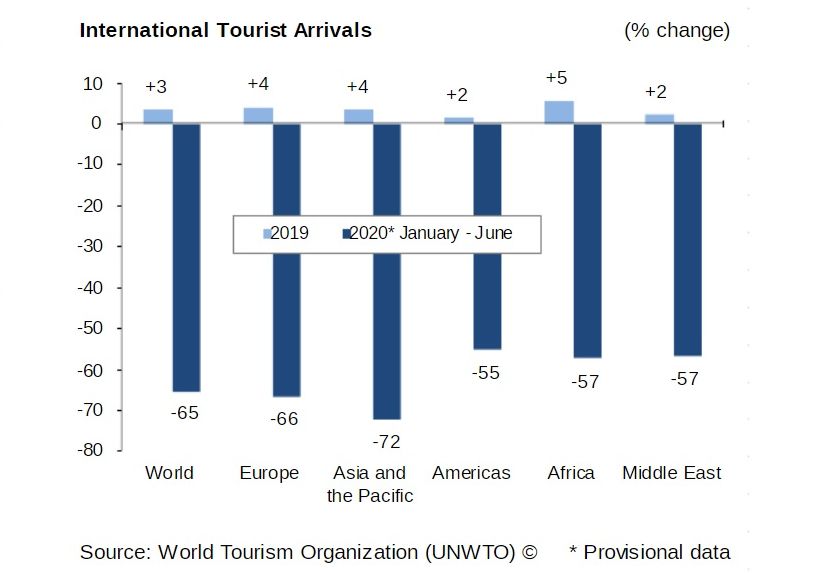 Europe was the second-hardest hit of all global regions, with a 66 percent decline in tourist arrivals in the first half of 2020. The Americas (-55 percent), Africa and the Middle East (both -57 percent) also suffered. However, Asia and the Pacific, the first region to feel the impact of Covid-19 on tourism, was the hardest hit, with a 72 percent fall in tourists for the six-month period.

At the sub-regional level, North-East Asia (-83 percent) and Southern Mediterranean Europe (-72 percent) suffered the largest declines. All world regions and sub-regions recorded declines of more than 50 percent in arrivals in January-June 2020.

Looking ahead, the UNWTO said it seems likely that reduced travel demand and consumer confidence will continue to impact results for the rest of the year. In May, UNWTO outlined three possible scenarios, pointing to declines of 58 percent to 78 percent in international tourist arrivals in 2020.

According to the organization, current trends through August point to a drop in demand closer to 70 percent (scenario 2), especially now as some destinations re-introduce restrictions on travel.

“Safe and responsible international travel is now possible in many parts of the world, and it is imperative that governments work closely with the private sector to get global tourism moving again. Coordinated action is key,” UNWTO Secretary-General Zurab Pololikashvili said.

EU to Extend Slot Waiver for Airlines Until 27 March 2021