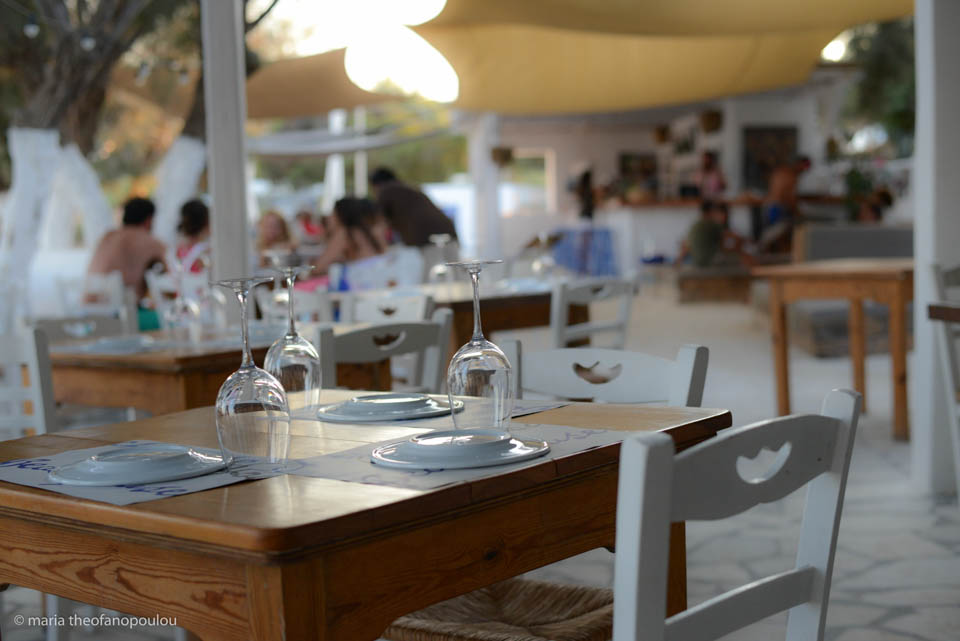 Restaurant owners across the country say they will keep their businesses closed for a week (September 16-22) in an act of protest against the government’s Covid-19 restrictions applied locally in a number of Greek destinations.

The restrictions, which include a curfew (mandatory closure of restaurants and bars at midnight) and a limit of four people (six if they are family members) at restaurant or café tables, since August have been imposed in the cities of Athens, Thessaloniki and a number of popular Greek destinations such as Heraklion and Chania on Crete, Zakynthos, Lesvos, Halkidiki, Mykonos, Paros and Antiparos.

In an announcement, the Panhellenic Association of Catering and Entertainment, Consumers and Enterprises (PASKEDI) stressed that the measures will lead them to bankruptcy and called on its members to keep their stores closed from Wednesday, September 16 until Tuesday September 22 in an act of protest.

The association is requesting for the government to come up with a plan to help Greece’s catering sector confront the consequences of the coronavirus crisis and the measures applied. 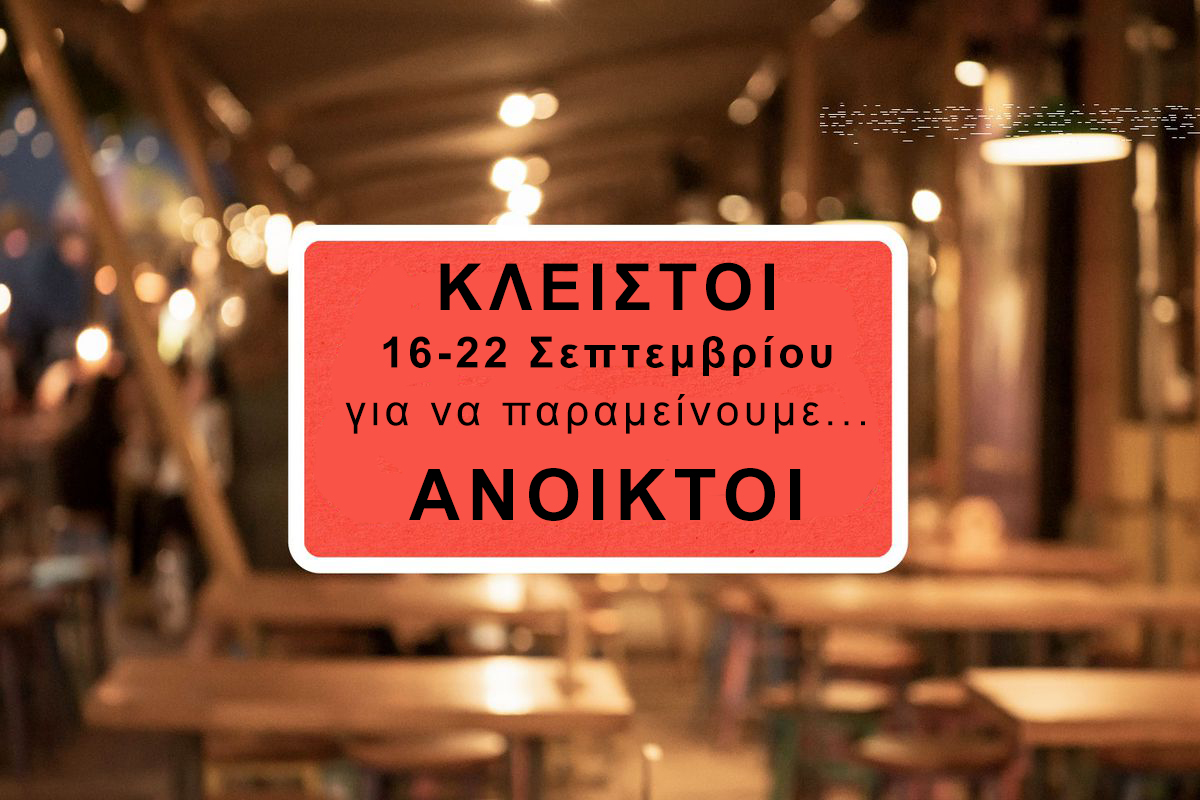 “CLOSED during 16-22 September to remain OPEN,” the PASKEDI sign says.

– The exemption of businesses from paying municipal fees and taxes for 2020 for the use of public spaces.
– The operation of restaurants and bars beyond 12am and the revision of measures regarding the operation of indoor areas, wedding reception halls, etc.
– The revision of measures regarding standing customers.
– The reduction of VAT on food and coffee to 6 percent.
– Subsidies to cover expenses from March 12 and until the end of the year including insurance, TV and music rights, public utility bills (DEKO), etc.
– A business restart grant for all catering enterprises.
– The inclusion of restaurants into the funding programs of the National Strategic Reference Framework (NSRF).
– The inclusion of restaurants under the umbrella of the Greek National Tourism Organization (GNTO).
– Special support measures for seasonal enterprises (e.g. rent subsidy).
– The suspension of auctions until the end of the year.
– The subsidization of insurance contributions and salaries for employees.

Attica’s restaurants will not shut their doors

Meanwhile, the association representing restaurants and related professions in Attica (which includes Athens) said its members will not shut their doors during September 16-22.

In an announcement on Tuesday, the association said it will first wait to hear the announcements of Greek Prime Minister Kyriakos Mitsotakis at the upcoming Thessaloniki Helexpo Forum during September 11-20.

According to the Athens Chamber of Commerce, since the government imposed the midnight curfew, the turnover of the city’s restaurants and bars has dropped by 20 percent.