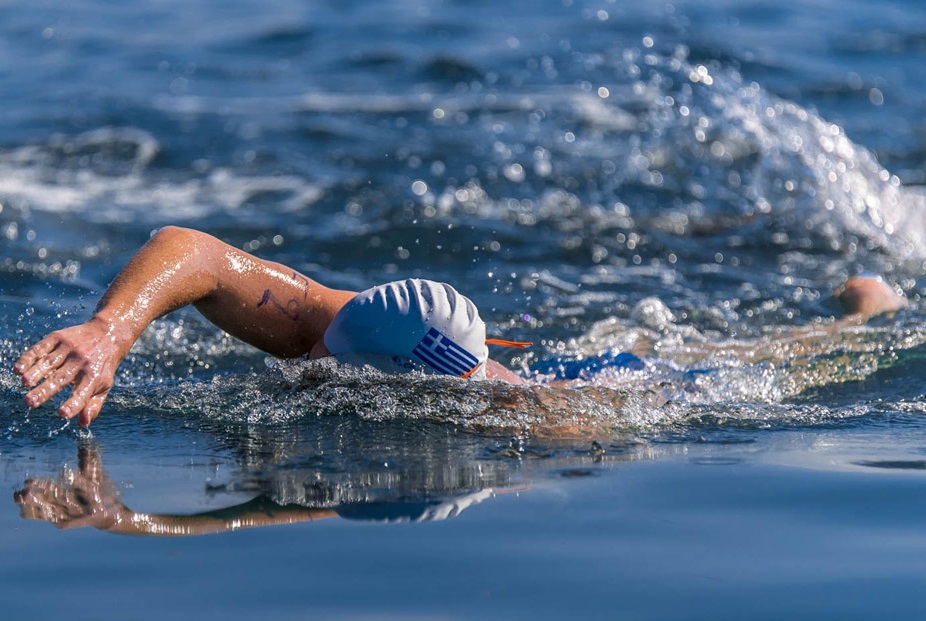 The Greek island of Evia is getting ready to host The Authentic Marathon Swim, a sports tourism event that will revive the original swimming route that the ancient athletes Skyllias and Hydna followed during the historic naval battle of Artemision in 480 B.C. 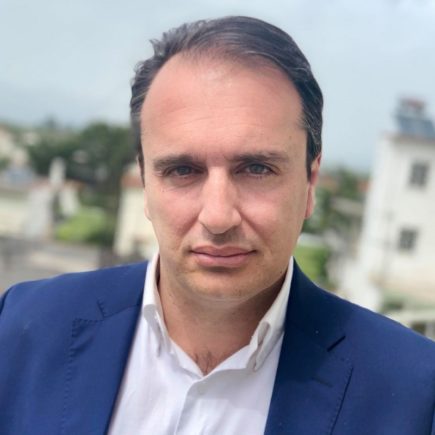 Co-organized by the Municipality of Istiaia–Edipsos and Active Media Group, the event will take place at Pefki, Evia, during September 4-6 and include three open water swimming races of 10km, 3km and 1.5km, as well as an 800m swimming race for kids.

“Aiming to develop and boost our municipality’s tourism product, we are launching The Authentic Marathon Swim, an emblematic event that will link the past with the present and at the same time remind us of the timeless values of Ancient Greece,” says the Mayor of Istiaia-Edipsos, Ioannis Kontzias.

Mayor Kontzias talks to GTP Headlines and highlights the importance of reviving the original marathon swimming route, 2,500 years after it was first accomplished by Skyllias and his daughter Hydna.

“The Authentic Marathon Swim event was created to honour the first long-distance swimmers ever to be recognized,” he says, underlining that the event also aims to promote the region’s sports tourism potential.

“The event will offer swimmers of the modern era the opportunity to ‘live’ the historical achievements of Skyllias and Hydna, by swimming over the shipwrecks of the historical Battle of Artemision,” Mayor Kontzias adds. 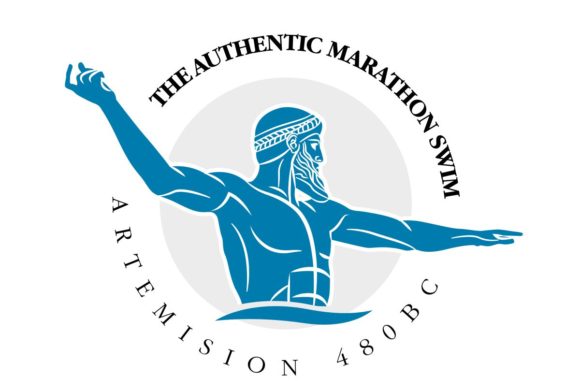 Mayor Ioannis Kontzias: According to the written works of ancient historians, Skyllias and his daughter Hydna were the very first “marathon swimmers” to ever be acknowledged globally. The story of Skyllias and Hydna describes that after several admirable diving achievements, the two historical figures were captured in 480 B.C. by the Persians who wanted to use both proficient divers for an extensive exploration of underwater treasures from ancient Greek shipwrecks.
Subsequently, Skyllias and Hydna realized that the Persians planned on using them in an upcoming naval battle in Artemision, meaning that the historical swimmers would have to face their Greek compatriots. After understanding the plan of the Persian forces, the ancient Greek heroes jumped into the sea, sliced the ropes from the anchors of Persian ships and started swimming towards Artemision in order to inform the Greek naval forces.
The historical achievements of Skyllias and Hydna have been recorded by Herodotus, “The Father of History”, who praised them for their unique swimming ability and the importance of the information they offered to the Greeks, allowing the naval forces to prepare for their upcoming battles and their eventual triumph. Hence, in this way the first ever ultra long-distance swim was recorded 2,500 years ago. 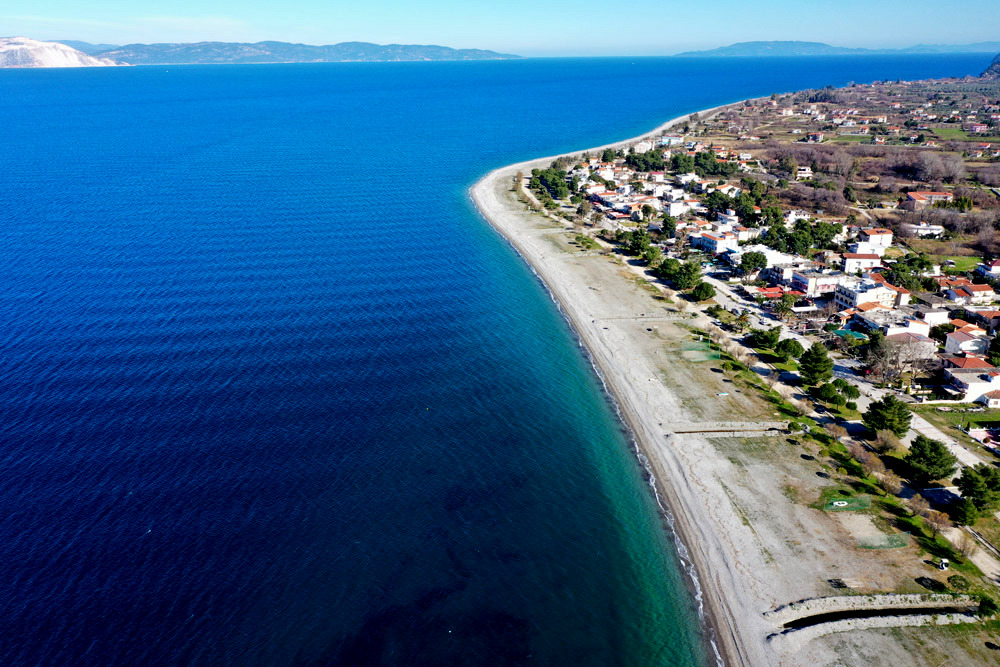 Impressive drone footage from Pefki, Evia (photo by the Municipality of Istiaia-Edipsos)

Mayor Ioannis Kontzias: At the age of 12, I was taught about the history of the Battle of Artemision in school. The achievement of Skyllias and Hydna was very impressive. Realizing that I was living and growing up in exactly the same place where a series important facts occurred, I suddenly thought that none of the above should ever be forgotten and must be honored by us at the straits of Artemision, the location where the historical naval battle between the Greek and Persian forces took place.
The Authentic Marathon Swim event was created by the Municipality of Istiaia-Edipsos to honour the first long-distance swimmers ever to be recognized. Thus, we initially discussed our idea with the silver Olympic medalist Spyros Gianniotis, the man who represents the history of the marathon swimming in Greece. We then came in contact with Nikos Gemelos, the Greek national swimming coach, to undertake the design of the swimming routes and races’ technical direction and the award-winning Active Media Group, who was assigned with the sports production. Furthermore, the project was embraced by the Region of Central Greece and the Regional Union of Municipalities of Central Greece.
We all evaluated that this was a great idea to promote the region’s sports tourism potential, since this open-water swimming event will offer swimmers of the modern era the opportunity to “live” the historical achievements of Skyllias and Hydna by swimming over the shipwrecks of the historical Battle of Artemision. 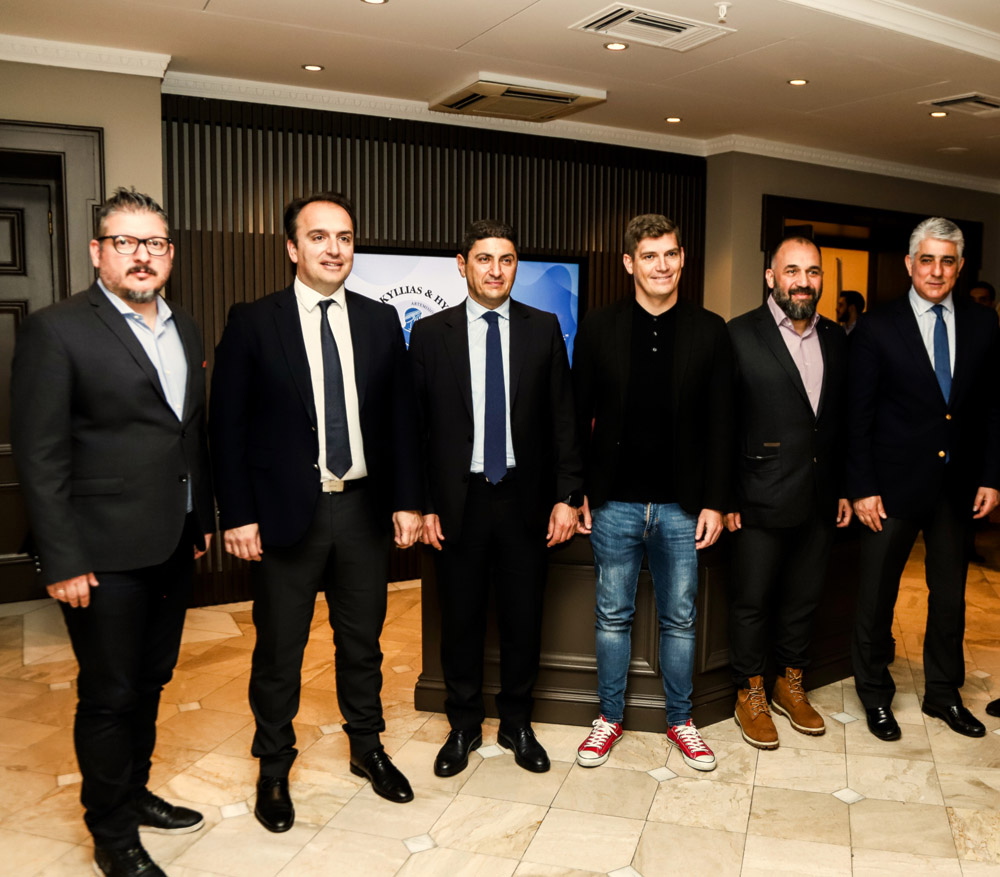 Mayor Ioannis Kontzias: The Authentic Marathon Swim will include open-water swimming races of 10km, 3km, 1.5km and an 800m swimming race for kids. These will be held on the island of Evia, at Pefki, of the Municipality of Istiaia-Edipsos, during September 4-6. Next year, we are thinking of adding a 14km swimming route to our event.

Mayor Ioannis Kontzias: Preparations are underway for the great historic sporting event. With our main priority focused on public health, due to the current circumstances that have risen from the Covid-19 situation, we are constantly in contact with state bodies for the event’s smooth and safe operation.
The event has set a health protocol in accordance with the instructions of health experts-collaborators of the Hellenic Swimming Federation, which is based on the epidemiological data and the suggestions of the Health Committee of the General Secretariat of Sports.
We have the approval of the Hellenic Swimming Federation and the races will be held according to FINA regulations. The Authentic Marathon Swim has joined the Greek actions of the #BeactiveHellas 2020 programme of the European Commission and will be held under the auspices of the General Secretariat of Sports.
We are very excited and ready to welcome amateur and professional swimmers from all over the world. 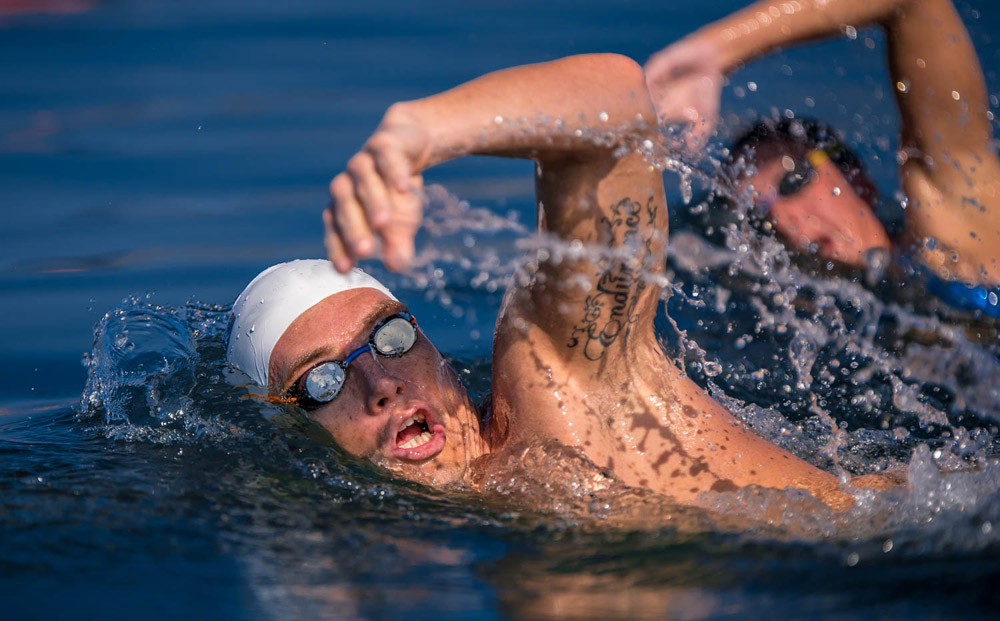 Mayor Ioannis Kontzias: Yes, world class athletes are expected to swim in the authentic marathon route. We have three swimmers who are members of the international marathon hall of fame. The silver Olympic medalist and world champion, Spyros Gianniotis; the Bulgarian Olympic champion, Petar Stoychev, who has participations in 4 Olympics and 11 consecutive titles in major international open water marathon swimming FINA series; and the Hungarian swimmer, Attila Manyoki, holder of the Oceans Seven.
The race will also be honored with the participation of the Japanese Olympic champion in Rio, Yasu Fukuoka. Top names from Greece will also take part in The Authentic Marathon Swim. Specifically, the open water masters’ world champion, Vicky Kouveli; the bronze medalist in 2011 world open water swimming championship, with participations in 4 Olympics, Marianna Lymperta; the two times English Channel marathon swimmer, Sofia Psilolignou; and English Channel marathon swimmer, Giannis Kotsiopoulos, will also compete in the event, together of course with the elite of the Greek national open water swimming team.

Mayor Ioannis Kontzias: Yes, among others, we are expecting participations from countries such as Japan, Russia, Germany, the United Kingdom, Hungary and Bulgaria. 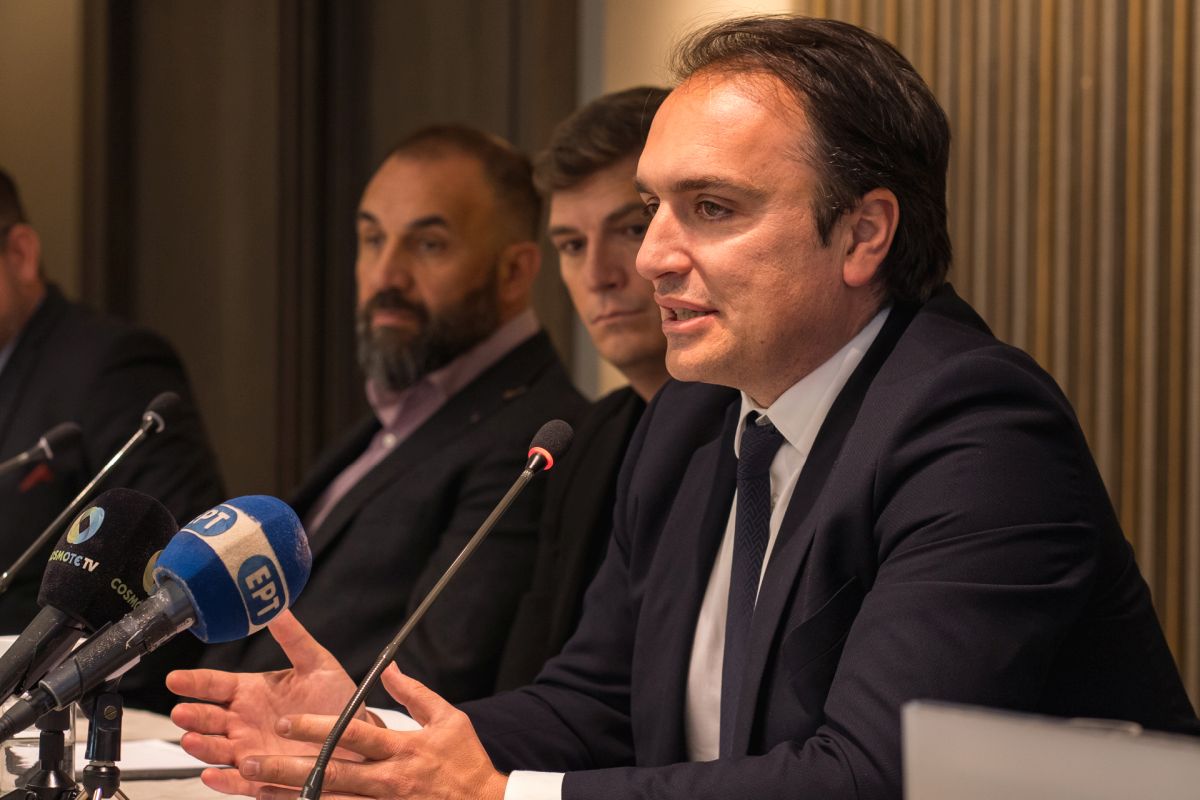 Mayor Ioannis Kontzias: From the very first moment we decided to unite and support the stunning areas of North Evia for one common purpose: to revitalize the sports tourism industry of Northern Evia and strengthen the Greek tourism product. With this sports tourism event, we all have one common goal: to bring new and old tourists and visitors to our Municipality and offer them unique services and moments to remember.
Up to this point and in these difficult times The Authentic Marathon Swim is already collaborating with over 30 hotels in the region.

Mayor Ioannis Kontzias: The Municipality of Istiaia-Edipsos has so many attractions and archaeological sites to explore; magical beaches with crystal clear waters; well-known thermal waters and spas; monasteries; and picturesque routes.
We now wish to invite all people to come, learn and experience the sports tourism side of North Evia through our history.