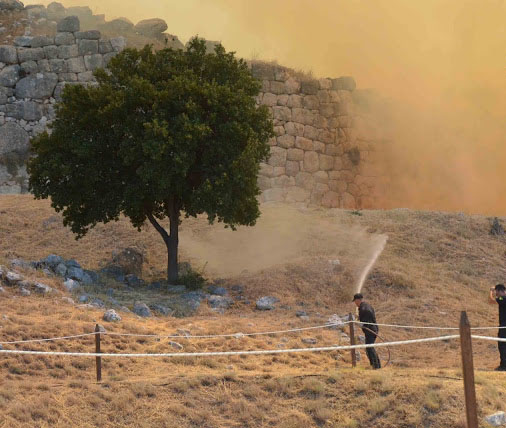 A firefighter at the archaeological site of Mycenae. Photo Source: Ministry of Culture

Greek Culture Minister Lina Mendoni assured that the archaeological site of Mycenae, which was evacuated on Sunday due to a wildfire that broke out in the area, would open soon.

Mendoni visited the popular tourist attraction and one of the most important archaeological sites in Greece, on Monday, to assess the damage.

“The damage to the archaeological site was the least possible,” said Mendoni of the wildfire which started near the Treasury of Atreus before spreading to the central site.

“The museum – which is closed for precautionary reasons – and the archaeological site will open soon,” she said.

The blaze broke out on Sunday near the tomb of Agamemnon, the king of Mycenae, and was put under control by 9pm. 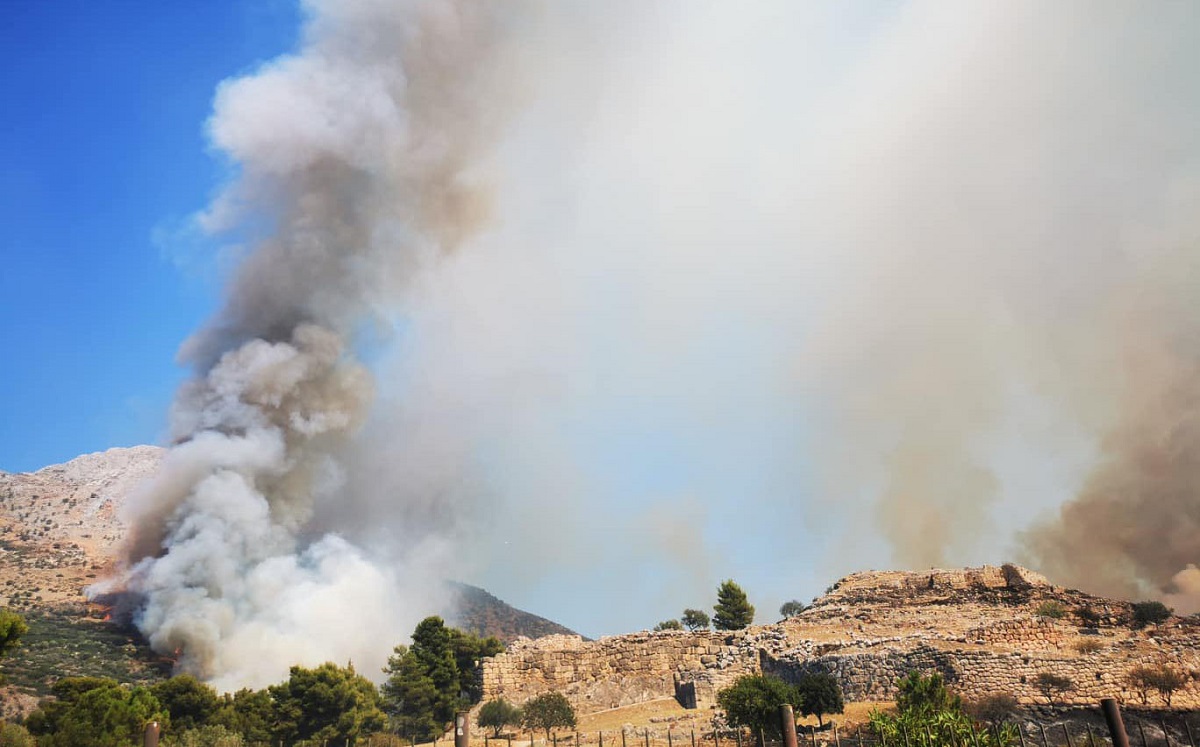 Mendoni underlined that damage to the site was prevented due to safety measures in place, which she added had been ordered by the Argolida Ephorate of Antiquities, and the quick response by fire fighting forces.

Some 56 firefighters were sent to the area supported by 17 fire engines, four planes and two helicopters. According to the commander of the Peloponnese Fire Services, Thanasis Kolyviras, “the fire spread to a part of the archaeological site and burned dry grass without threatening the museum”.

The culture ministry said in a statement on Sunday that an initial assessment found no damage to the ancient monuments on the site.