Greece Set for Local Precautions in Fight Against Covid-19 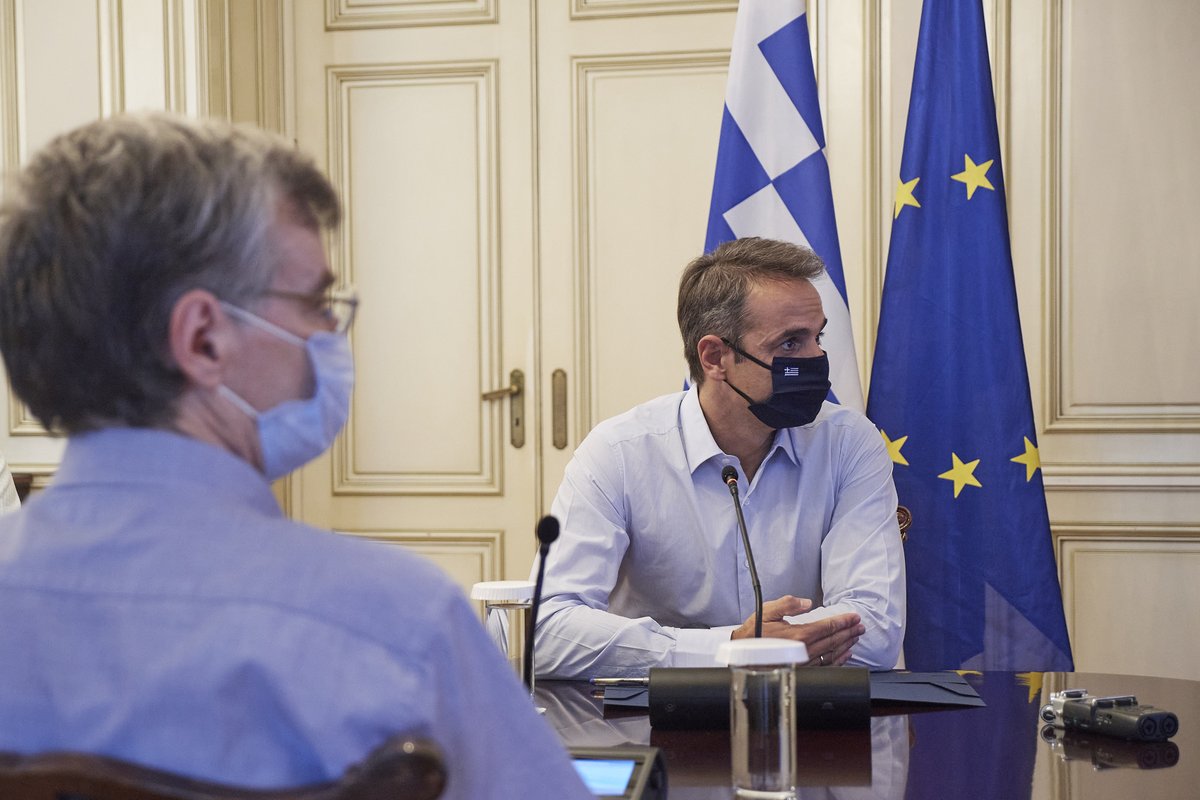 The Greek government is reinforcing its Covid-19 action plan as holidaymakers return to urban centers and schools prepare to re-open on September 7.

Health authorities are increasing efforts to restrict the spread of the deadly virus after a surge in positive cases this month. In this direction, the citizen’s protection ministry sent out a 112 emergency text to mobile phone users calling those returning from holiday to adhere to hygiene measures and to self-isolate as prevention.

Speaking after the weekly Covid-19 teleconference with ministers and health experts overseen by Prime Minister Kyriakos Mitsotakis on Monday, Government Spokesman Stelios Petsas said local lockdowns may be considered should the need arise.

“Implementing local lockdowns has been on the agenda from the start,” said Petsas, adding that Covid-19 was now infecting younger people.

“The current average age of cases is much lower than what we were used to before with five in 10 cases [affecting those] under the age of 40,” said Petsas. 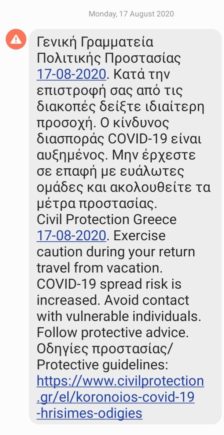 The 112 emergency message came after a series of televised ads calling on young people to pay heed to the measures and be careful. Mitsotakis also appealed to the country’s youth in a message last week, urging them to act responsibly and not contribute to the spread of the deadly virus.

Assessing the latest data including age groups affected, confirmed infections, death figures, and geographical distribution, the Covid-19 committee suggested setting out clear guidelines covering issues including return to work after vacation, which are set to be announced in the coming days.

Meanwhile, companies and work spaces are considering a series of options for return staff including extending telework as part of self-isolation measures.

According to the Covid-19 health committee, the next few weeks will be crucial in curbing the spread of the virus as the majority of Greeks will be returning from their annual summer holidays. 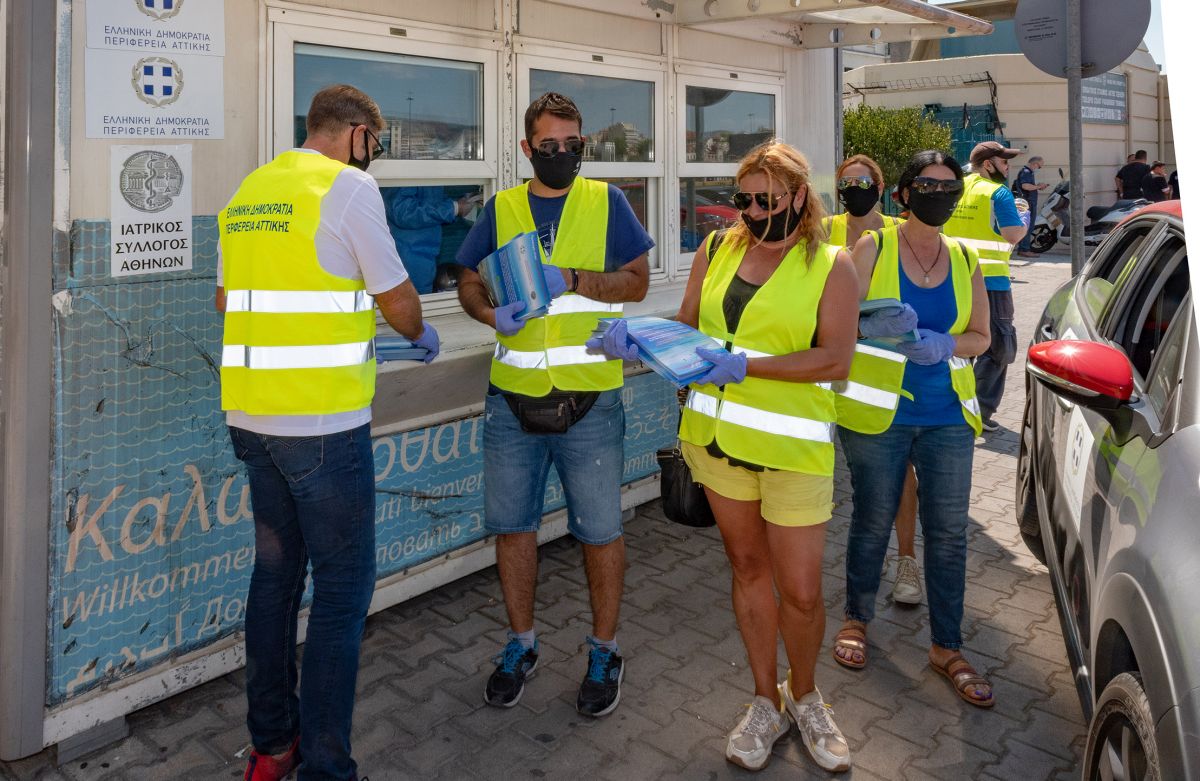 The Attica Region has launched aCovid-19 awareness-raising campaign for travelers.

Contributing to the prevention efforts is the Attica Region and Athens Medical Association which have been conducting tests at the ports of Piraeus and Rafina as part of an ongoing awareness-raising campaign.