Air Passenger Numbers in Europe Expected to Drop by 60% in 2020, Says IATA 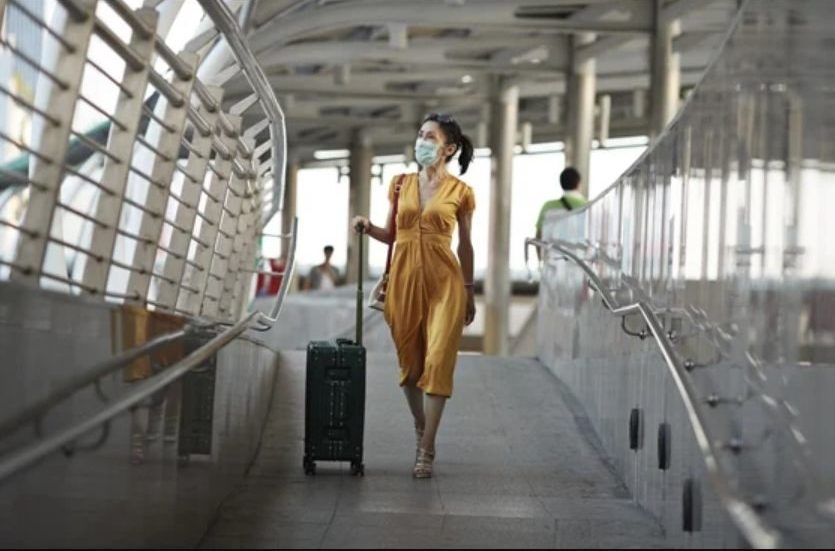 Air passenger numbers in Europe are forecast to fall by around 60 percent in 2020, due to the impact of the coronavirus (Covid-19) pandemic, the International Air Transport Association (IATA) said on Thursday.

The 60 percent drop will represent some 705 million passenger journeys.

According to IATA, although the European market has seen an increase in the number of flights in recent months, supported by the reopening of borders between countries of the Schengen area and the non-Schengen EU states, flights are still more than 50 percent below the same period in 2019.

“The near-term outlook for recovery in Europe remains highly uncertain with respect to the second wave of the pandemic and the broader global economic impact it could have,” IATA said.

The reduction in 2020 passenger traffic in France, the United Kingdom and Germany is estimated at 65 percent; in Spain and Italy at 63 percent; and in Greece and Austria at 61 percent. The European country expected to receive the biggest blow is Norway with the passenger impact projected at 79 percent. 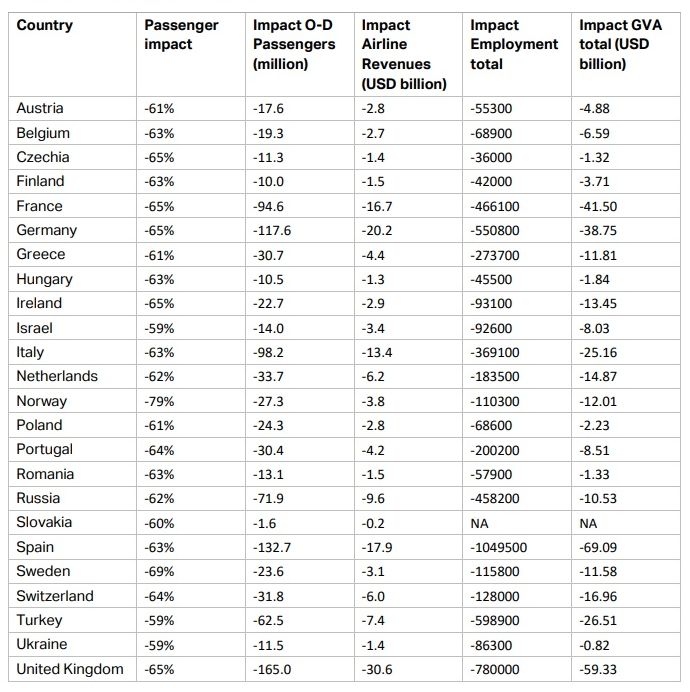 Latest research from IATA shows that the impacts on the European aviation industry and on economies caused by the shutdown of air traffic due to the COVID-19 pandemic have worsened over recent weeks. The table above lists the latest economic impact figures for selected European states. Note: the sum of the passenger and revenue impacts in this table are not additive. They include the impacts from all carriers irrespective of airline registration region.

The association also underlined that the negative impact of Covid-19 on employment has increased, as air travel is not recovering as originally hoped. IATA sees more than 7 million jobs supported by aviation (including tourism) in Europe at risk (up from around 6 million estimated in June).

“Passenger demand in Europe is expected to recover gradually and will not reach 2019 levels until 2024,” IATA said, noting that continued support for the industry is needed.

IATA Regional Vice President for Europe Rafael Schvartzman said that it is “absolutely crucial” that the European Commission issues an unambiguous statement on their intention to provide a full winter-season slot use waiver immediately.

“It is baffling that the Commission continues to sit on its hands over the summer, while each day of delay becomes more critical for the future viability of a robust and competitive aviation industry,” said Schvartzman.