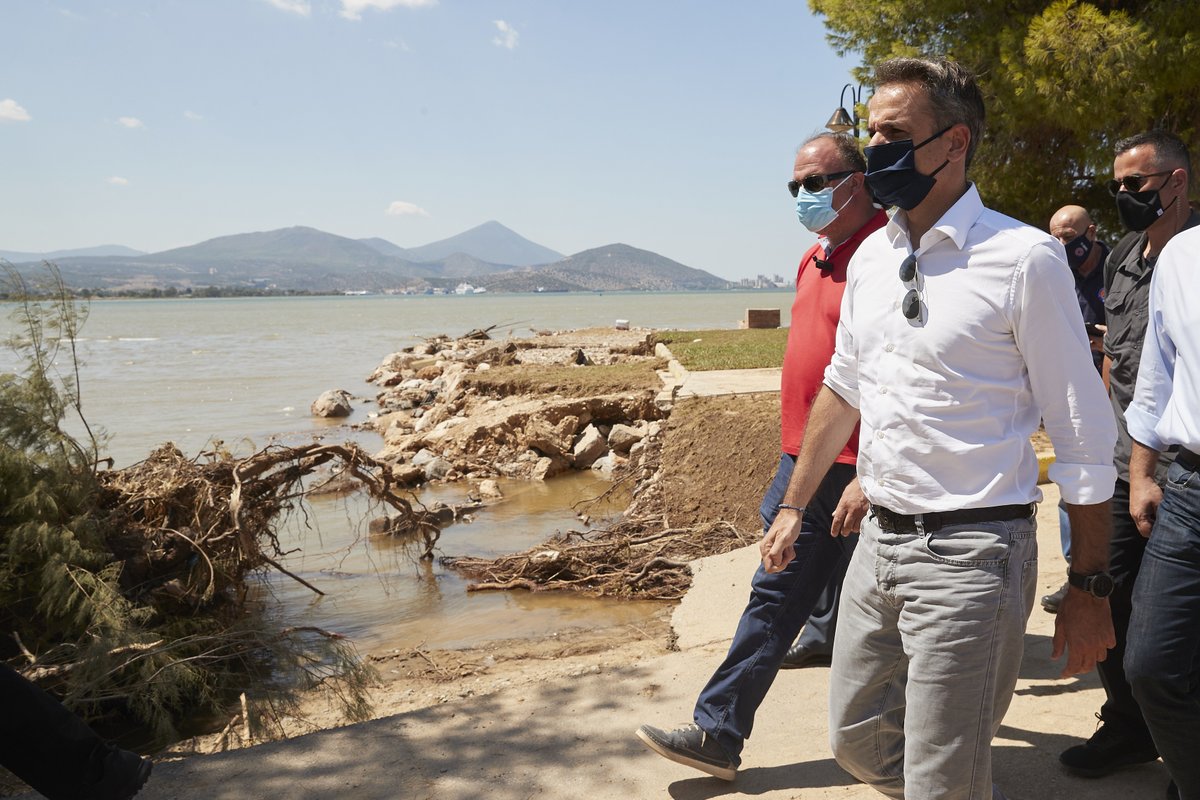 Greek Prime Minister Kyriakos Mitsotakis pledged immediate government support for those who suffered damages and loss due to thunderstorms and flash floods which hit Central Evia, northeast of Athens, over the weekend.

Mitsotakis visited the flood-hit areas on Monday to assess the destruction caused by the torrential rain that left behind at least eight fatalities and destroyed at least 3,000 homes.

The prime minister said the timeframe for the compensation, with priority to those who lost their homes, business owners, and farmers will be announced today after a full assessment of the damages.

“The state will be by your side and will support those who lost their property – whether we are talking about households or businesses – in this unprecedented disaster,” said Mitsotakis. 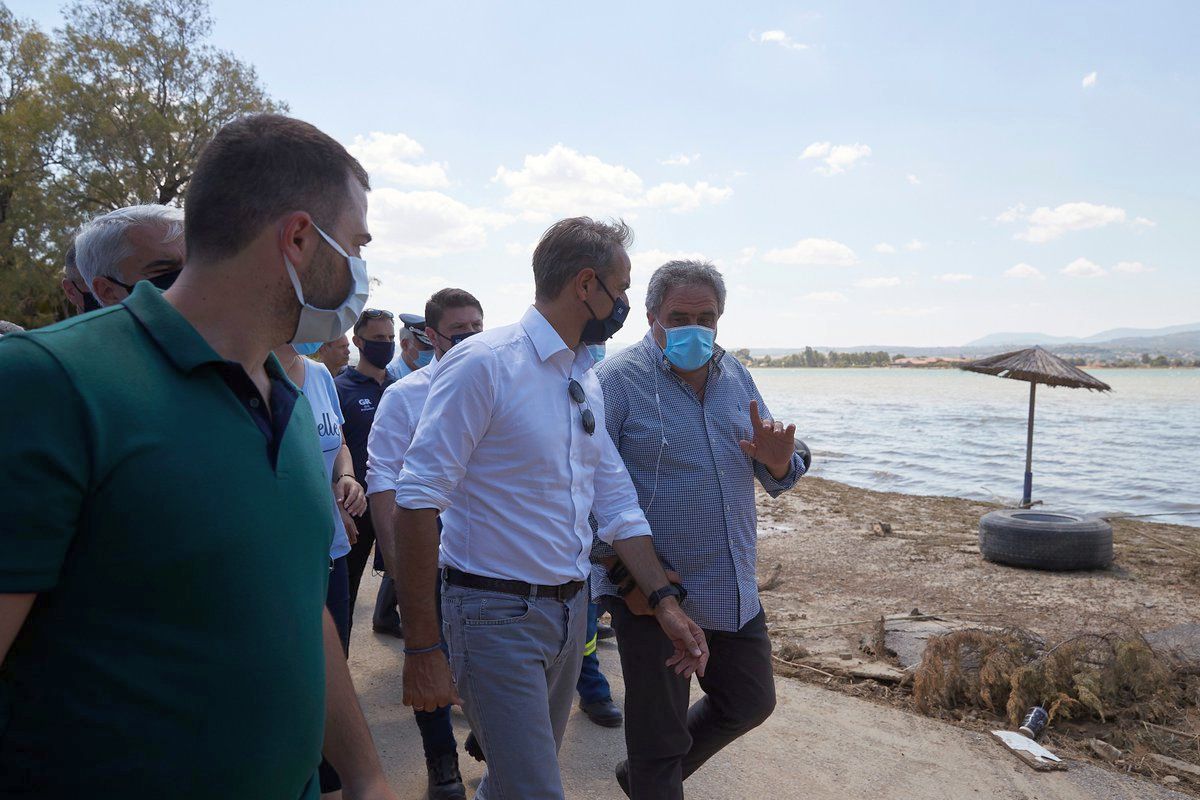 At the same time, EU Crisis Management Commissioner Janez Lenarcic said via his twitter account that the European Union was monitoring the situation and would be ready to provide emergency assistance needed.

The 🇬🇷 island of #Evia was hit by severe flash #floods leading to several fatalities and damage. My condolences to all those who lost their loved ones. The 🇪🇺 is monitoring the situation and is ready to provide emergency assistance needed in this difficult moment. @eu_echo https://t.co/o27fa7CJji

In the eye of the storm were the Central Evia villages of Politika, Amfithea, and the area of Bourtzi.

“We are faced with phenomena that we haven’t experienced before,” Deputy Civil Protection Minister Nikos Hardalias said from Evia, adding that climate change had made it difficult to predict the intensity of the rainfall, initially expected at 63mm in 24 hours, which came to 350mm of rain, he said.

Measures for Travel to Evia

In efforts to facilitate travel, authorities said on Monday that the Vassilikos Bridge would open to traffic at 6.30am today (Tuesday) after support works allowing only one lane of traffic.

Additional measures include the launch of extra ferry services on the “Protoporos X” vessel, running between 8.40am and 3:40pm on August 11 between Eretria and Oropos which will be free of charge. The “Protoporos X” ferry will run every hour. More info on 22290-61322.