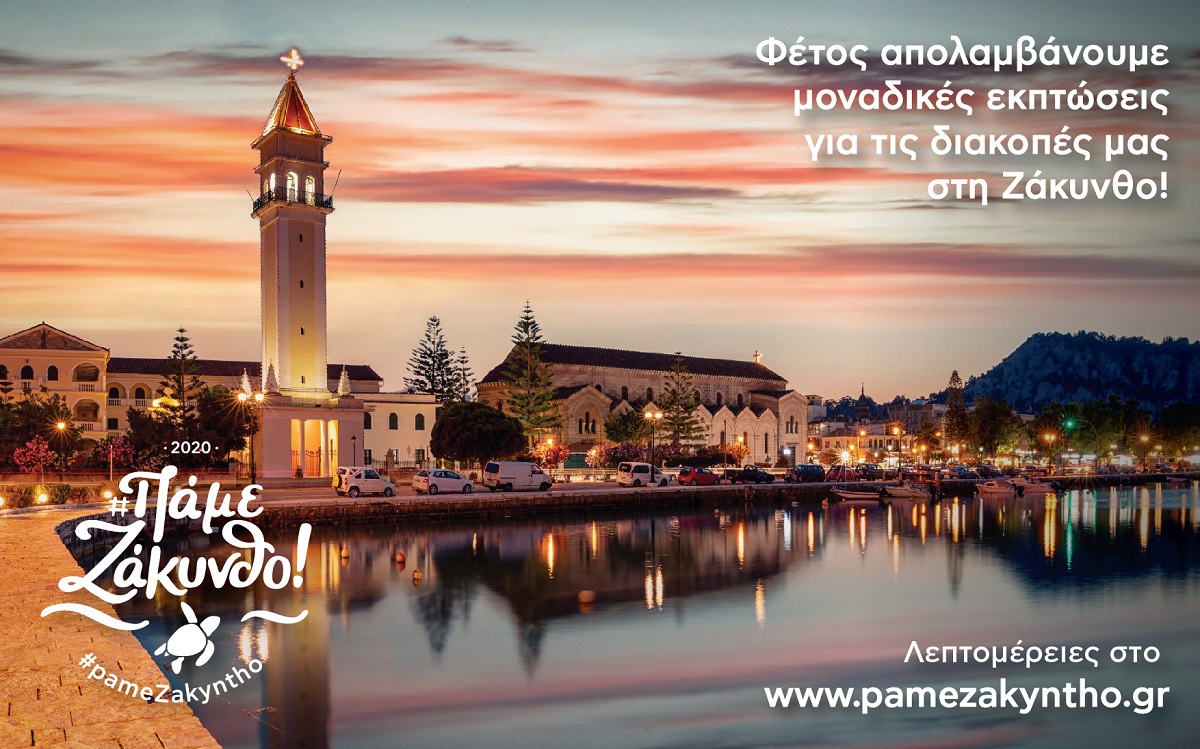 Entrepreneurs on the Greek island of Zakynthos have joined forces to stimulate domestic travel this year and launched an innovative discount program to be carried out by local tourism enterprises including hotels, restaurants and car rental companies among others.

Under the motto “Pame Zakyntho” (Let’s go to Zakynthos), the initiative aims to attract Greek travelers through special offers that are available and constantly updated on the dedicated website www.pamezakyntho.gr.

The special offers will run for the entire summer season and aim to encourage travelers to visit Zakynthos during the autumn months as well.

The initiative is part of a broader campaign created under the “Pame Zakyntho” motto by the Chamber of Zakynthos, the Municipality of Zakynthos and the island’s hotel associations. 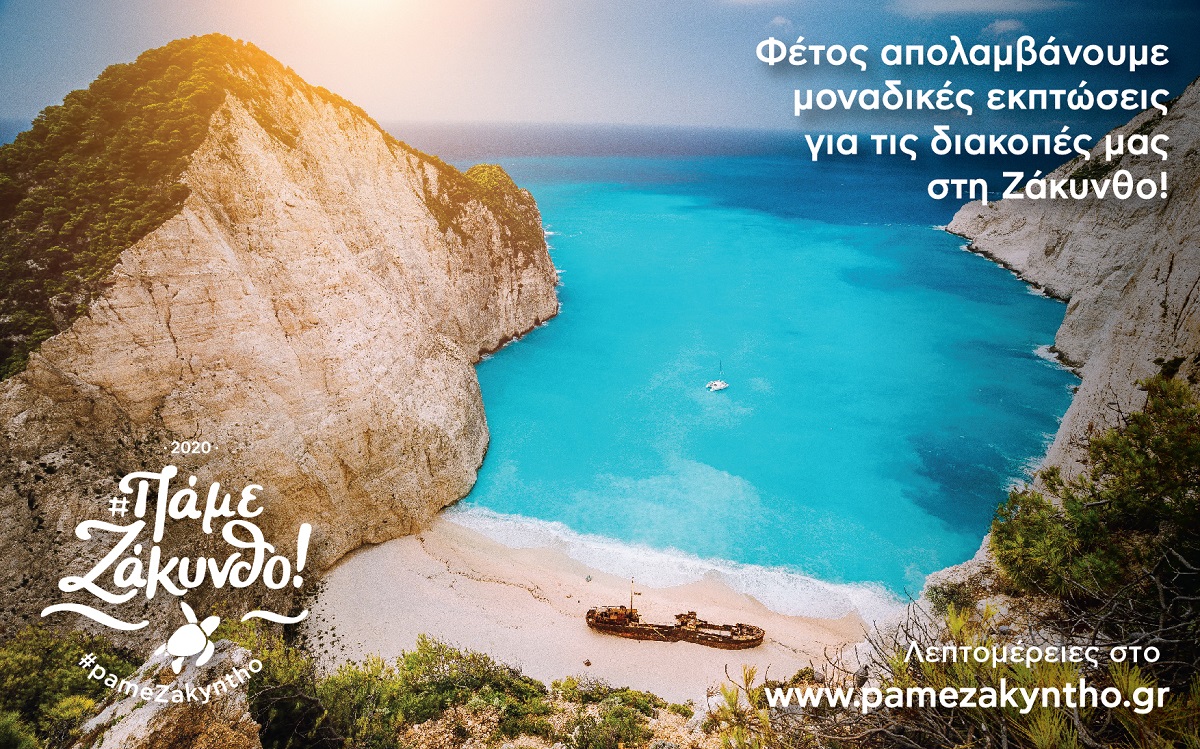 According to the vice president of the island’s tourism committee Antonis Nikoloudakis, this is the first time a large-scale discount program is jointly implemented on a Greek island by local authorities, bodies and enterprises with the aim to support tourism.

“This year Zakynthos’ visitors will be able to benefit from the attractive prices and avoid overcrowding,” he said. 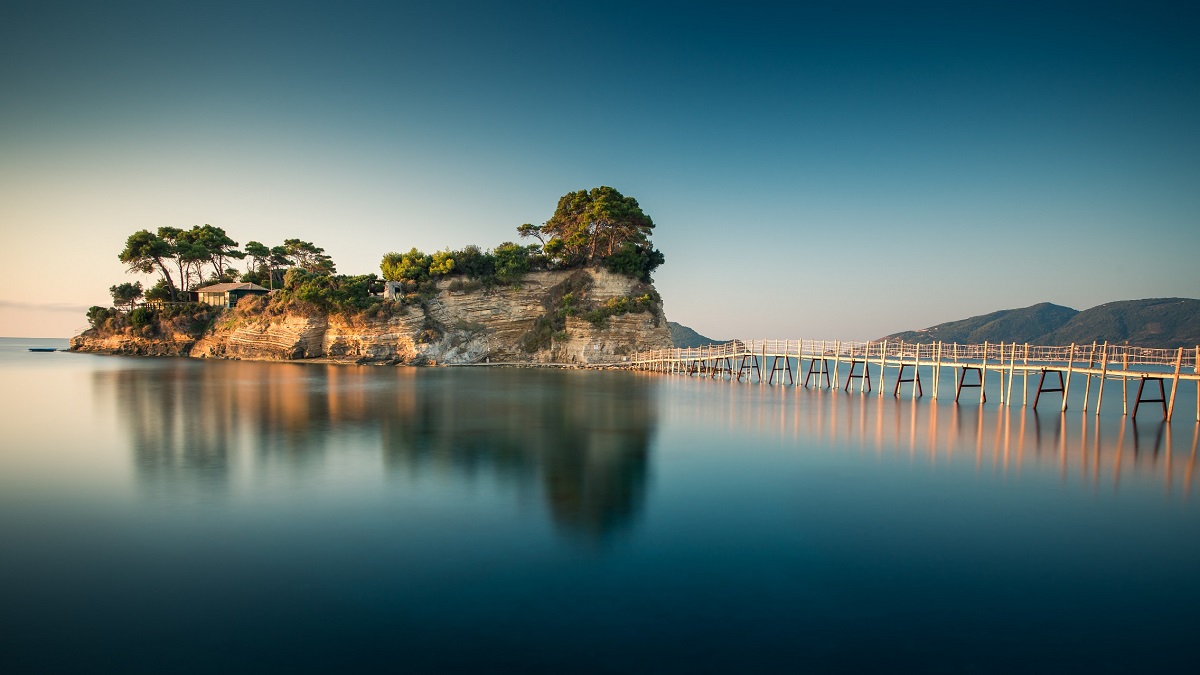 View of the Cameo island from the port of Agios Sostis, Zakynthos island, Greece.

Zakynthos is very popular among families, couples and groups of friends from around the world. Apart from its renowned Navagio beach, the island offers an array of sandy beaches ideal for family vacations, as well as the Marine Park of Zakynthos -home of the Caretta Caretta turtle and many other species. The island is also known for its rich gastronomy.

“We are all familiar with the exceptional natural beauty of Zakynthos and its rich cultural tradition – elements that fascinate visitors from Greece and abroad. In these difficult times, Zakyntos also emerges as a safe destination,” Greek MP Dionysios Aktypis said.

On his part, Zakynthos Chamber President Fotis Kottis said the island is offering a unique opportunity to Greek travelers to spend affordable holidays on one of the most popular destinations of the Mediterranean.

The chamber has also launched a promo video featuring some of Zakynthos’ most popular sites.

TUI is Closing 166 Travel Branches in UK and Ireland