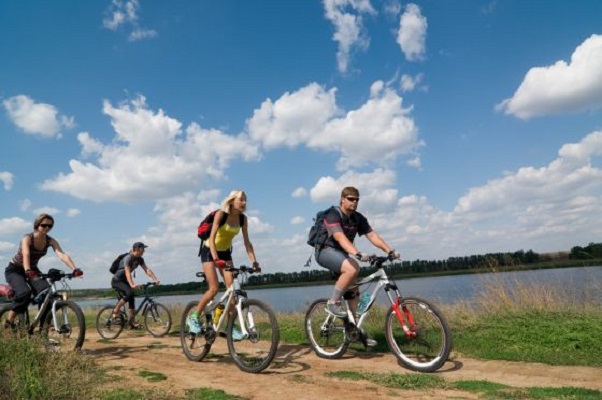 Thessaly in central Greece has become the first “Bike Friendly” region in Greece, following the signing of a memorandum of cooperation between regional authorities and NatTour, a nonprofit organization promoting sustainable tourism practices.

By signing the memorandum, the Region of Thessaly aims to promote the area as a cycling destination and the bicycle as a way of sustainable transport.

“Thessaly is a bike-friendly region with the residents of many areas using bicycles every day. The Region of Thessaly has financed the construction of many bike paths, purchased conventional and electric bicycles from municipalities that residents use for free and has bicycles available for the disabled… We wish to tap into a [global] market with a turnover of 22.8 billion euros and 25.5 million overnight stays,” Thessaly Governor Kostas Agorastos said after signing the memorandum.

The Region of Thessaly will also bring NatTour in touch with local authorities and encourage the certification of the area’s municipalities with the “Bike Friendly” seal.

Thessaly, which includes the destinations of Trikala, Meteora and Karditsa (home to Plastira Lake), is considered an ideal region for cycling as its urban centers, coastline and plains offer many routes with flat terrain. Its certification with the “Bike Friendly” seal is expected to provide visitors with the opportunity to discover the region’s natural beauty, history and culture, as well as its thematic and alternative tourism products.

“Thessaly and its cities are considered unique in this field. There are many wonderful cycling routes stretching from Mount Olympus to Pelion and from the villages of Karditsa to Larissa and Volos. Our aim is to raise awareness and encourage local municipalities to embrace cycling,” said NatTour Public Relations Manager Vicky Karantzavelou.